Pepsi Battle of the Bands Episode 2 Was An Absolute Banger And Some Crazy Things Happened In The Show!

With the return of the ‘band culture’ in Pakistan, the country’s music industry finally seems to be streamlined again. What was a once a fading industry, is now saved thanks to multiple stakeholders, including Pepsi.

When Pepsi introduced the concept of ‘Battle of the Bands’ in Pakistan, not many took this initiative seriously. However, ever since the first season aired, the country has fallen in love with Pepsi Battle of the Bands and fans remain glued to their screens/computers to see the immersive talent of Pakistan perform.

The opportunity provided by Pepsi to these bands, who would hardly jam before, is something out of the ordinary. With the start of Season 4, the competition seems to be tougher than before. Today, episode 2 aired all over the world, and damn, was it fantastic or what?

The episode started with new host Hina Altaf introducing season 2 winners, Kashmir! Kashmir’s journey from the stage of Pepsi BoB to the limelight they are in now was showcased in the episode as well, something that would motivate the bands currently performing and the ones who will take part in the upcoming seasons. Kashmir gave full credit of their success to Pepsi Battle of the Bands in making their dream come true! This was followed by a superb performance of their song “Bhago!”

Just in case you missed episode 1, here you go!

Once Kashmir left the stage, it was back to the bands, and the auditions commenced!

First up was E-Sharp with their song Shabana! 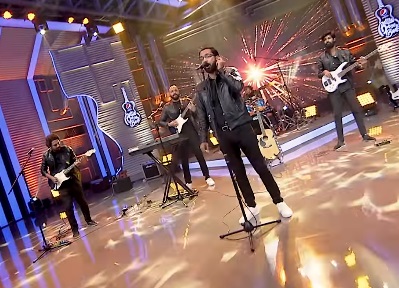 E-Sharp returned to Pepsi BoB after attempts of trying to win the competition in season 2. With two changes in the band, it seemed like they were nowhere to stay.

The judges were thoroughly impressed with their ‘sound’ and performance, getting a standing ovation from Meesha and Fawad. The performance was so strong that for the first time in Pepsi BoB history, a band was sent directly to the final round from the auditions.

Next up was Uraan with their song Khamoshi! 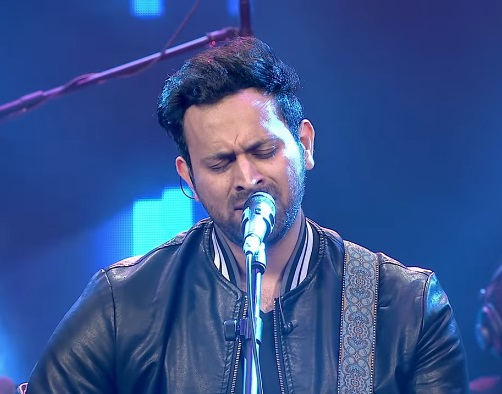 The unique formation of Uraan compelled a heartwarming feeling in the hearts of judges and fans, as all members came from different backgrounds.

With different music tastes, together they performed very well. The band was instantly shortlisted by all 4 judges based on their performance.

The third band to play was Marjaan with their song Jalleya! 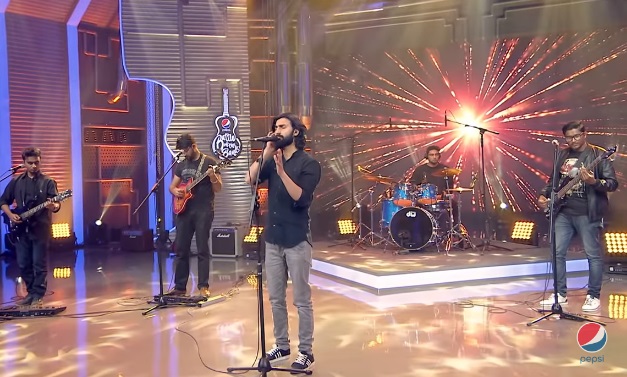 Another band returning from season 2 of Pepsi Battle of the Bands was Marjaan. The lead singer featured in a different band, Khamaaj, back then.

Yes, he’s the one who sang Bezubaan, the viral hit. The judges loved their performance, and deemed it very ‘authentic’.

Another great audition came from Black Hour, who performed their song Daulat!

A very different and unique band from what Pakistan has seen, Black Hour take their inspiration from Guns & Roses, which shows in their sound. The band has been together for the last 10 years and are the epitome of good chemistry and working together.

The song they performed was in the band’s native language, Pothwari, which was a treat in itself. The judges loved Black Hour’s performance and pushed them to the next round.

At the end of this episode, the judges came together to deliberate, and after careful consideration, the top 12 bands which are heading for the next round were decided. Here’s the list:

Check out the full episode!

Let us know what you think of this episode in the comments below!

Iqra Aziz Shares How The Use Of Social Media Can Harm People In So Many Ways And She’s Absolutely Right!
PM Imran Khan Inaugurates ‘Road To Makkah’ Project Providing Relief To Hajis And It’s A Great Step!
To Top