The incredible journey of Pepsi Battle Of The Bands season 4 is coming to a swift end, but the competition is nowhere over yet. The episode 6 of season 4 proved to be an absolute nailbiting encounter between four of the best bands that had auditioned for the competition.

All four finalists geared themselves to the take the title of season 4, but as everything good must come to an end, so did the journey of two bands. The format continued with one-on-one battles between the bands, and the decisions the judges had to make, were tougher than ever.

Before the bands could lock-horns and fight tooth and nail, the episode opened with a special performance from the stars of season 3, Tamaasha. The metal-rock band from Karachi returned to the stage with their new single which has been going viral all over Pakistan, a song called ‘Paisa Phenk’ which sings volumes about how artists are not paid for their work by many in the industry. 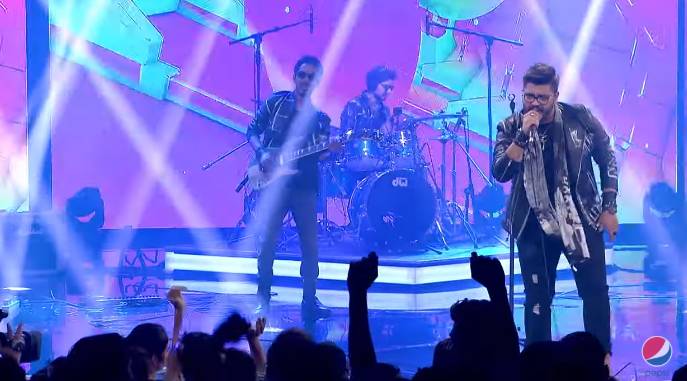 Tamaasha’s impressive display of their song, which backed everything Pepsi stands for, supporting and nurturing local talent, sent waves down the audiences’ spines with the electrifying performance.

After that, it was back to the bands. The top 4 now had to perform a mashup, which included an original song and a cover. When E-Sharp won the ‘performance of the day’ last week, they chose Aarish as their opponents in the final – a move that was very debatable.

E-Sharp started the night’s first battle against Aarish with a mashup of their original song ‘Ek Nayi Subah’ mashed up with a cover of ‘Tu Hai Kahan’ by Various Artists. This was met by Aarish with a fusion of their original song ‘Muntazir’ and a cover of ‘Dekha Na Tha’ by Alamgir. The performances were almost equally good and were commended by judges, along with pointing out minor flaws here and there. However, the judges clearly stated that they had expected better from E-Sharp, who had constantly been blowing the judges’ mind with their energy. This indeed was going to be a tough decision. 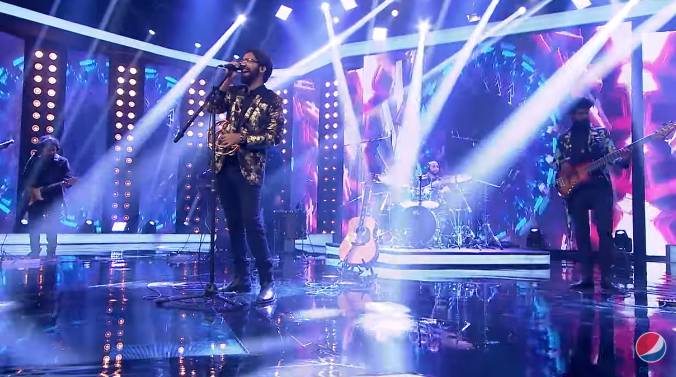 The second battle soon kicked-off between fan favorites Auj and dark horses Black Hour, who had recently increased their chances of going all the way in the competition. Black Hour initiated the battle with a mashup of their original ‘Tanhaiyaan’ and a cover of ‘Tanhai’ by Fringe Benefits. Auj hit back with their original ‘Engraziyan’ and a heavy-metal version of Musarat Nazir’s ‘Laung Gawacha’ – with Abdul Rehman hitting that ‘niggah maar’ perfectly every time.

Even though Black Hour’s performance was very energetic, it included some vocal issues. On the other hand, Meesha and Faisal felt that the mashup was not fused well and the two songs from Auj did not go well together. Fawad, however, thought that there were a brilliant concept and intelligent interconnection between the two songs. Bilal even went as far as saying that he wished Auj’s original song ‘Engraziyan’ was in a Strings album. 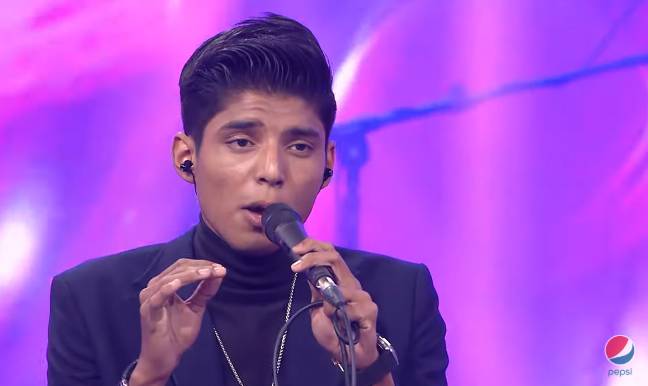 Then came the time for horror, of heartbreak and of joy and laughter. Even though all 4 bands were equally good, naturally, only 2 could go ahead. The judges had a mammoth task of choosing the finalists for Pepsi Battle of the Bands season 4, and with a heavy heart, they did what they had to do!

You can watch the full episode here!

In the first battle, the jury chose Aarish over E-Sharp, who gracefully accepted their defeat and the result, even though the punters were betting on them for sure. In the second battle, it was fan favorites Auj who won the battle again, eliminating Black Hour from the competition. The judges were all praises for the 4 bands for coming so far, and promised them their musical journeys had just begun, despite the results.

For the final time, the ‘performance of the day’ went to Aarish, for their brilliantly composed and performed mashup. After everything was said and done, Aarish and Auj showcased themselves as the finalists of the Pepsi Battle of the Bands season 4. The two bands will now go at it in the finals from next week, a battle the WHOLE country is desperately waiting for!

Genocide In Kashmir – The Revocation Of Article 370 Is Costing Lives
M&P Is Changing The Game Of Courier Industry In Pakistan And It’s Pretty Impressive!
To Top