Pakistan‘s music scene is diverse and there are still untapped pockets albeit niche; that hold potential. Despite having a gold mine of talent, getting into the mainstream is not an easy task in this part of the world. Especially if you are trying to do something which is unfamiliar to the masses. We are talking about the genre “rap”, we all know of its influence in the west and how youth and teens the world over can relate with this form of expression that sees rappers and MC’s presents a wide variety of realities, aspirations, and world views.

Over the years, rap has slowly gained a foothold in this part of the world. The rise of desi rappers is a testimony to that. The most prominent example being the “Young Stunners” who recently came rising out of the block and took over the desi rap/hip-hop scene by storm. This proved that indeed there is talent, and all that is required is a push. This is where Pepsi Black intervened and in collaboration with the ‘Young Stunners” decided to give that all-important push to the rap scene in Pakistan in its attempt to provide the youth with a platform of their own. 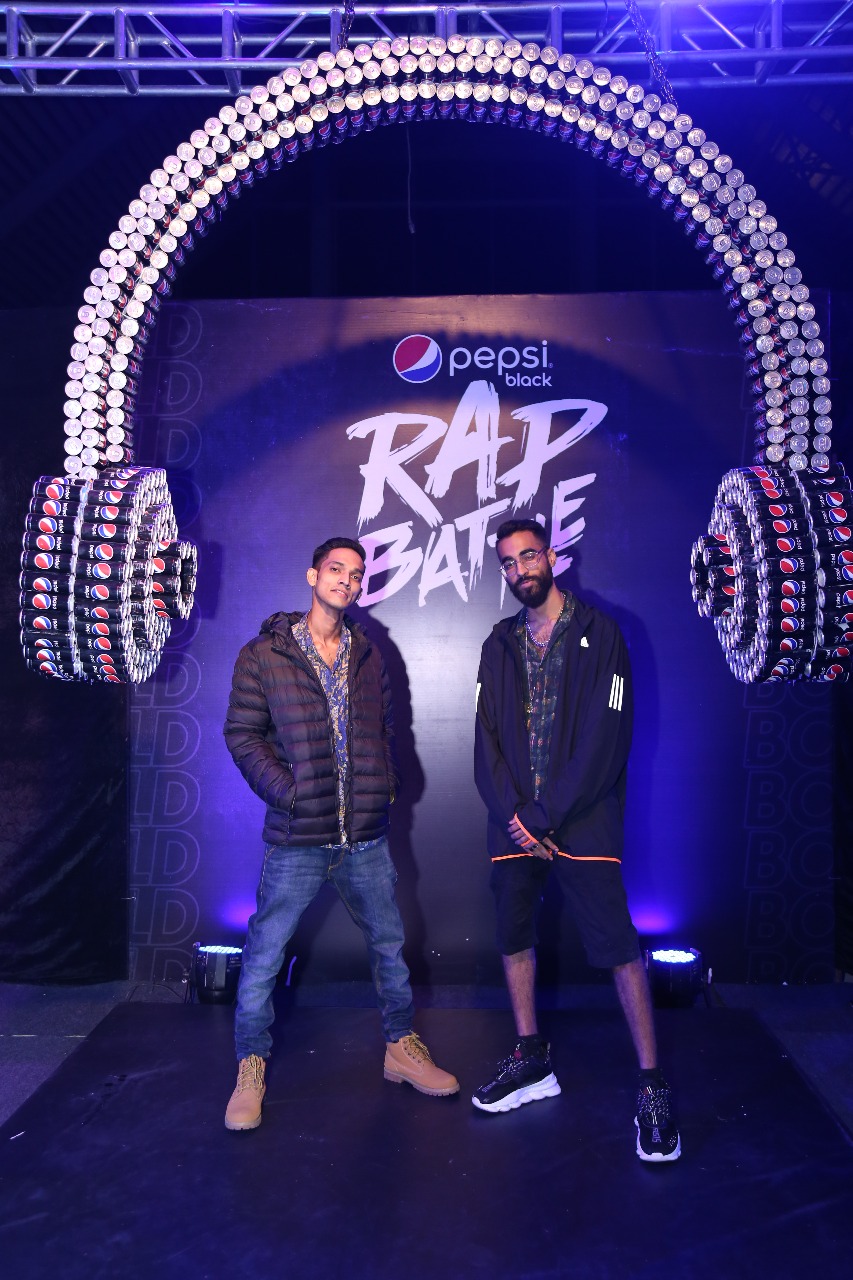 We all know that Pepsi has a rich heritage in the country and the legacy of innovative disruption to go with. Be it the longstanding partnership with Pakistan cricket to promoting original music by restoring the band culture via the ‘Pepsi Battle of The Bands’ platform.

Pepsi Black has now set its sights to rejuvenate the Rap scene in Pakistan:

The campaign which started with a staged “Break Up” of the “Young Stunners” shocked fans to the core and had put the future of rap in jeopardy. What we didn’t know then, that the gag, in fact, was a ploy to build up anticipation for the upcoming “Pepsi Rap Battle”. Pepsi’s new ode to the talent of Pakistan. The first-ever “Pepsi Black Rap Battle” is actually a chance for all the aspiring talent to show off their rap skills.

A total of 170 aspiring rappers from different parts of the country had submitted their video’s in a bid to get selected and become a part of history in the making. The competition was then narrowed down to the final 7 whose performance videos were posted on facebook. The winner was then to be decided via popular voting and announced on the big stage at “The Pepsi Black Rap Battle”.

The seven finalists that were selected: 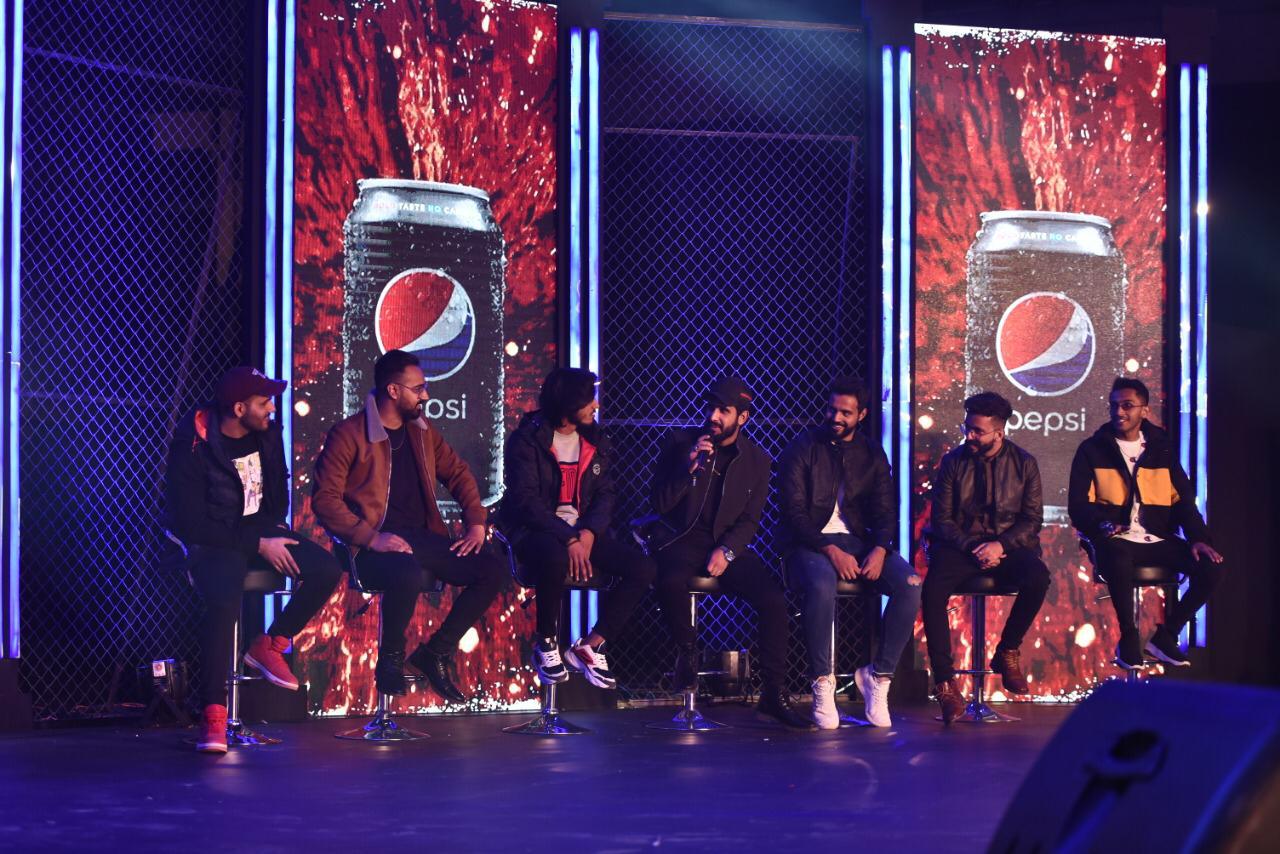 The Spectacle That Was “The Pepsi Black Rap Battle”:

Given Pepsi’s affiliation with the rap battle concert, everyone was expecting something special. What followed, however, literally exceeded our expectations. The concert saw killer performances from the Sensational 7, Young Stunners, Abid Brohi, Adil Omar, Rap Engineers and saw even Ahmed Ali Butt spitting a few rhymes. The night was nothing short of a spectacle and a dream come true for everyone inside the venue. Pepsi Black literally threw “The Party Of The Year” and we were all a part of it. 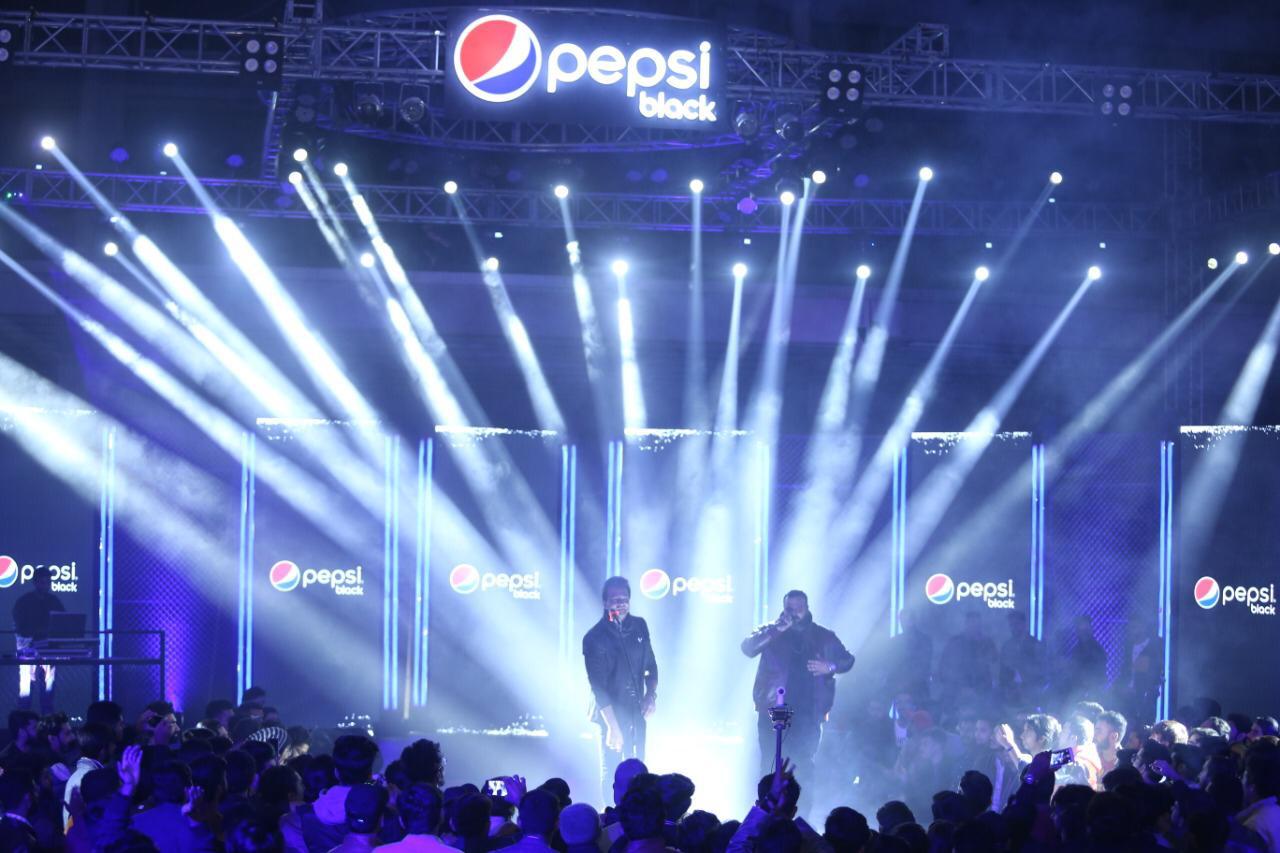 The atmosphere in the arena was indeed electrifying and a spark and excitement amongst the crowd that is seldom seen. One mesmerizing performance after the other, nights like these are indeed a rarity. The whole set up itself was a glitzy affair, everything from the lights to the stage remained “Lit” all night.

Pepsi Black literally gave us a night that will be remembered forever. As the night passed the anticipation for the announcement of the winner was literally palpable. All the performances were top-notch. However, one had to be chosen as the winner and through popular opinion, Aqeel Sarfraz was voted by the people to become the first Rap Sensation of the country. 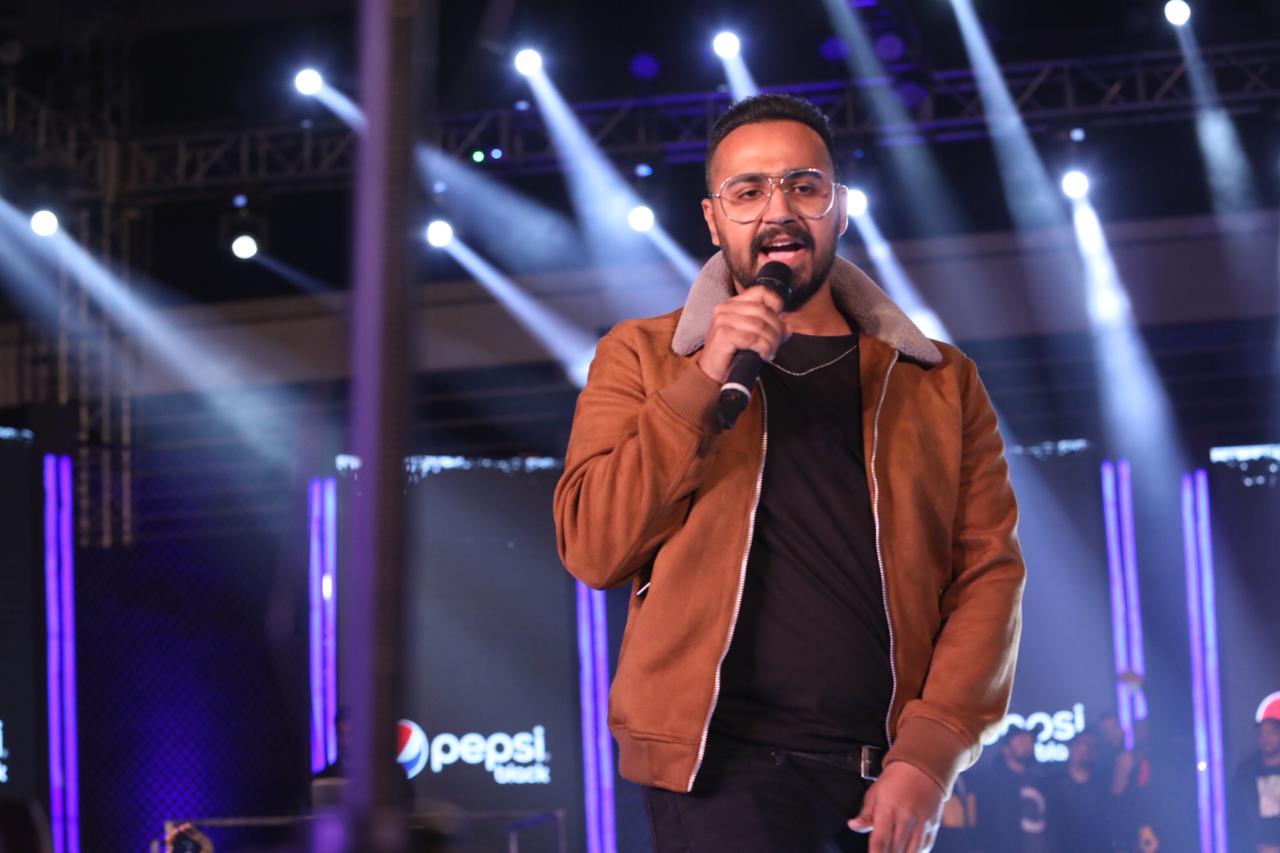 Pepsi is not only providing a platform to Aqeel to showcase his talent, but they will also give that all-important push any individual would need to take a leap into the big time. The winning prize will help him create his first-ever music video in collaboration with Pepsi Black. As we saw a glimpse of his skills and potential during his performance, this is literally the big break any aspiring performer will die for and Pepsi Black has provided that! 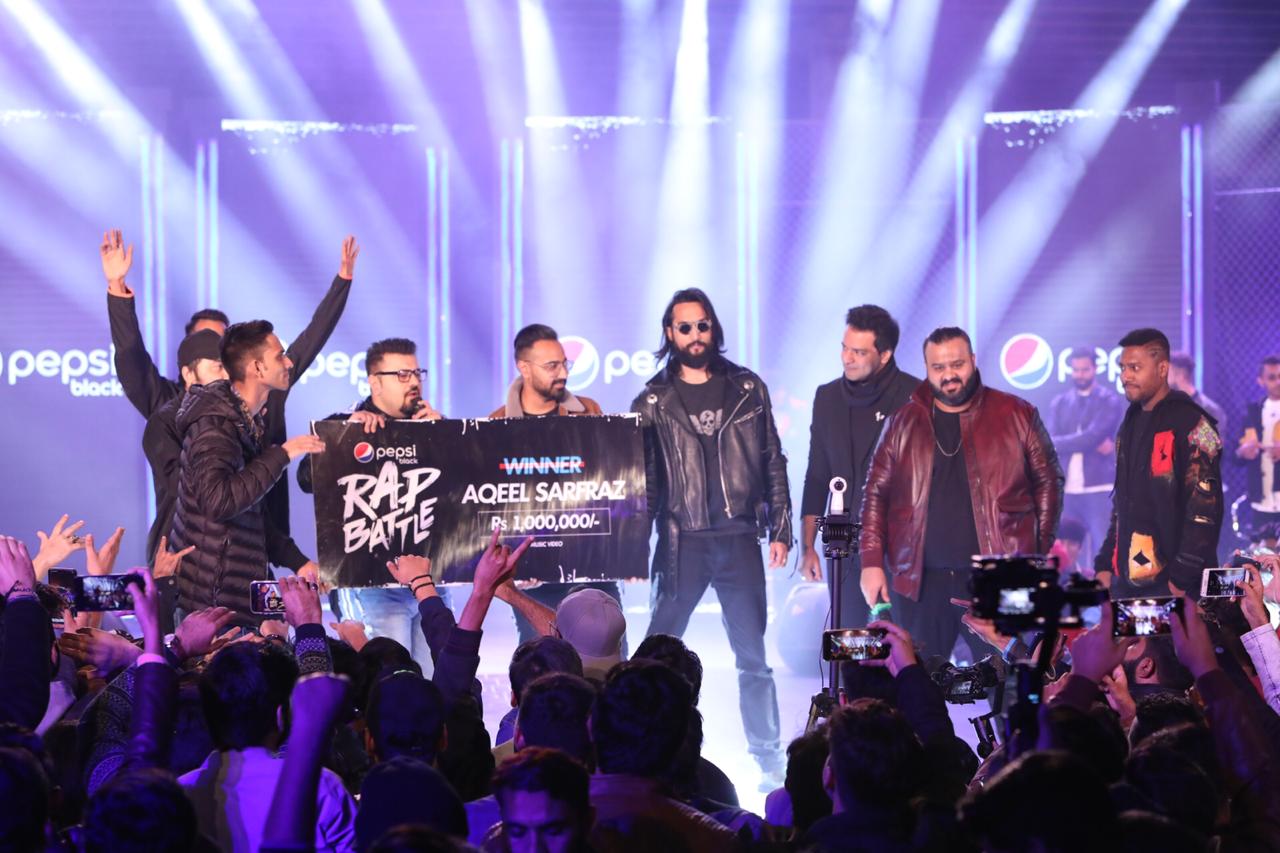 It is about time that we have something that we could connect to in the rap/hip hop scene. Desi rap is a whole genre itself and the way that Pepsi has elevated it is very commendable. There is no doubt that Pepsi’s commitment to providing the youth with a platform and establish a very real connection with them is commendable. With the rise of rap culture in Pakistan, the future seems bright for this previously untapped pocket of immense potential and now only the sky is limit for this amazing new find “Aqeel Sarfraz”. Let’s hope that Pepsi’s dedication to remain at the forefront of emerging trends and patterns by providing relevant platforms to the people remains intact for a long time.

Sunehri Yaadein At Szabist University Are Here With A Naya Andaaz
Introducing The New Fortuner Sigma-4 On A Course Designed To Test Its Strength!
To Top