With the Pepsi Battle of the Bands in full swing, all the fans of the competition, including us, could not wait for the much-awaited Episode 4. With so many talented bands performing in this episode, it was bound to be a nailbiting endeavor.

In this episode, the remaining 6 bands went against each other performing three one-on-one battles. The first performance of the night was a battle between fan-favorites Auj and Jhoot. 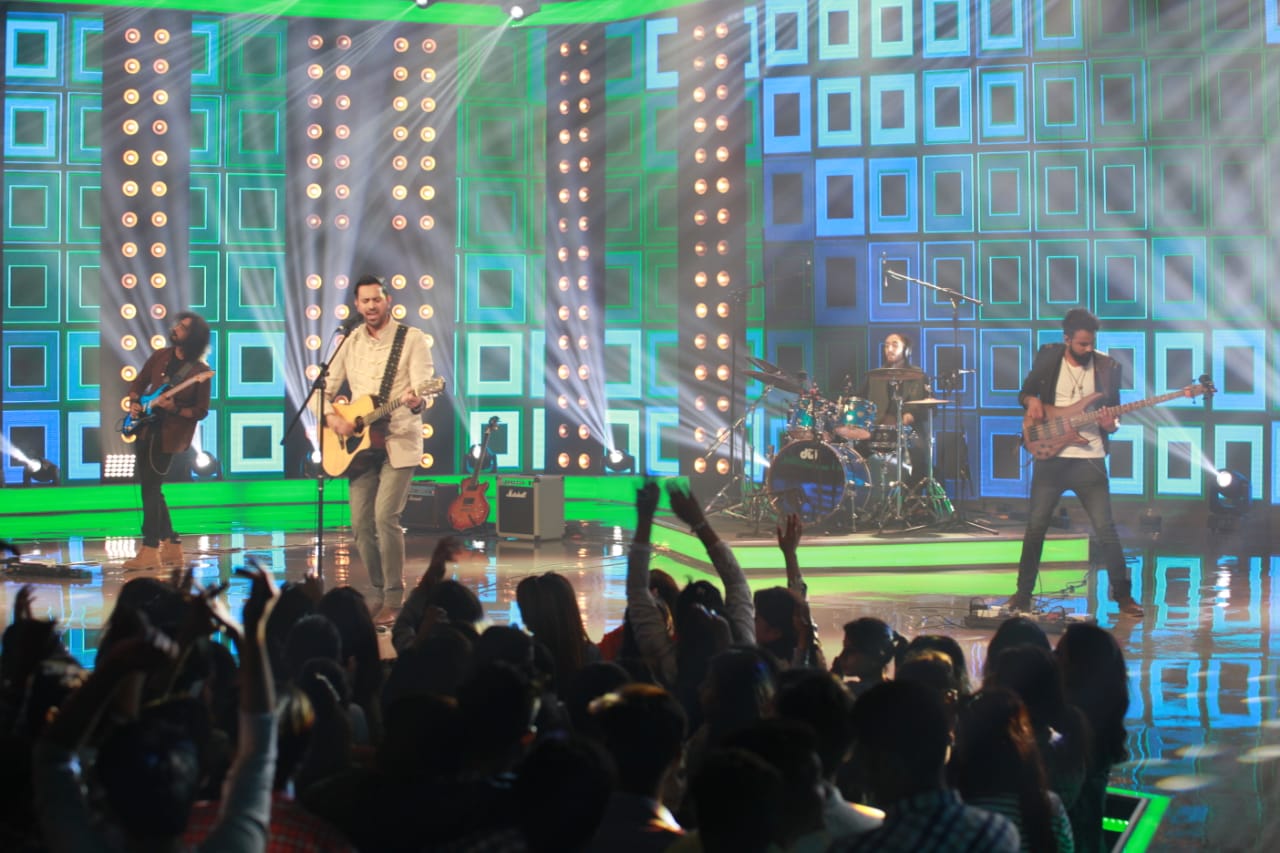 Even though Jhoot believed that their encounter with Auj would be a fierce one, as an India vs Pakistan match, it really didn’t happen lol. Auj performed another original song ‘O Jaana’ after the hype and success of their song ‘Lafz’ in the first episode.

On the other hand, Jhoot performed ‘Sona Chandi’, which failed to impress the judges and Auj’s versatility saw them sail through, with Bilal Maqsood praising Auj for keeping the bar as high as they had set before. Auj’s lead singer Abdul Rehman could be seen with a spicy new makeover, rocking that pop-rock vibe with perfection.

The second battle of the Pepsi Battle of the Bands in Episode 4 was between Marjaan and Black Hour. Black Hour, who performed second, left the judges IN LOVE with their song ‘Ek Nayi Subh’, earning a standing ovation from Fawad Khan. Kashmir’s lead singer Bilal Ali went as far as saying ‘it was like listening to Simple plan’, which surely is a compliment. Even though the judges loved Marjaan’s song, and Fawad tapped the song as ‘OST material’, however, there could only be one winner in the one-on-one battle. Black Hour surprised the judges with their performance and was declared winners.

Black hour killing it on stage with ‘Ek Nayi Subh’ 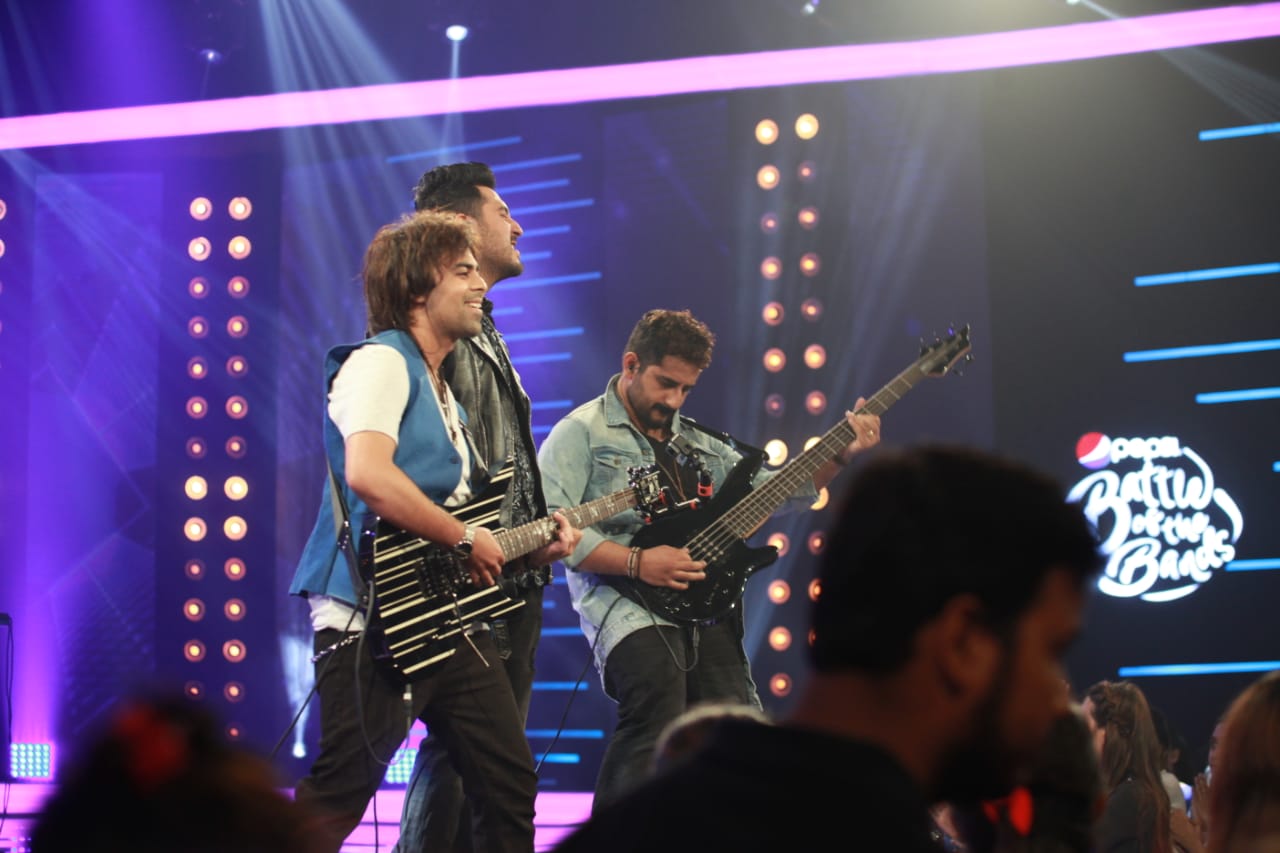 This battle proved to be the toughest decision for the judges yet, Black Hour shocked the whole country with this performance, which was absolutely mesmerizing.

The third and final battle of the night took place between Seismic Tremors and Uraan. You might remember Seismic Tremors’ unique performance of their song ‘Sanwal Mor Maharaan’, which left the judges clapping with appreciation. However, there was no repetition this time out, as Uraan overpowered Seismic Tremors’ original ‘Dil Ki Baat’ with their song ‘Gol’. It was a disappointment from Seismic Tremors’ side as fans were really looking forward to the rap-rock combo.

With that, it was time for judges to declare the best performance of the episode. With fans voting through their cheers, unprecedently, Auj emerged as clear winners for their song ‘O Jaana’ for which, Meesha Shafi gifted a new Ibanez guitar to the band who are clear fan and competition favorites this year!

You can watch the full episode 4 of Pepsi Battle of the Bands here!

It was now time for the judges to make the toughest decision of the night. Who would be saved and which two bands would be going home? Marjaan, Seismic Tremors or Jhoot? Before the decision, the judges praised the versatility of all the bands and how they got to listen to music from East to West, from rock to rap, Eastern to soft and melodic tunes, which is the charm of Pepsi Battle of the Bands.

Then, it was finally decided, Marjaan who put out great performance but lost out to Black Hour, was saved by the judges joining the other 7 bands in the top 8, while Seismic Tremors and Jhoot were sent home.

AFTER THIS TREMENDOUS EPISODE, WE DEFINITELY CANNOT WAIT FOR EPISODE 5 AND ARE PRETTY DARN SURE YOU CAN’T EITHER! WAY TO GO, PEPSI BATTLE OF THE BANDS!

Here’s What Every Pakistani Should Do In Summer Vacations To Save Themselves From Boredom!
US President Trump Takes A Jab At American Media By Praising Pakistani Reporters!
To Top