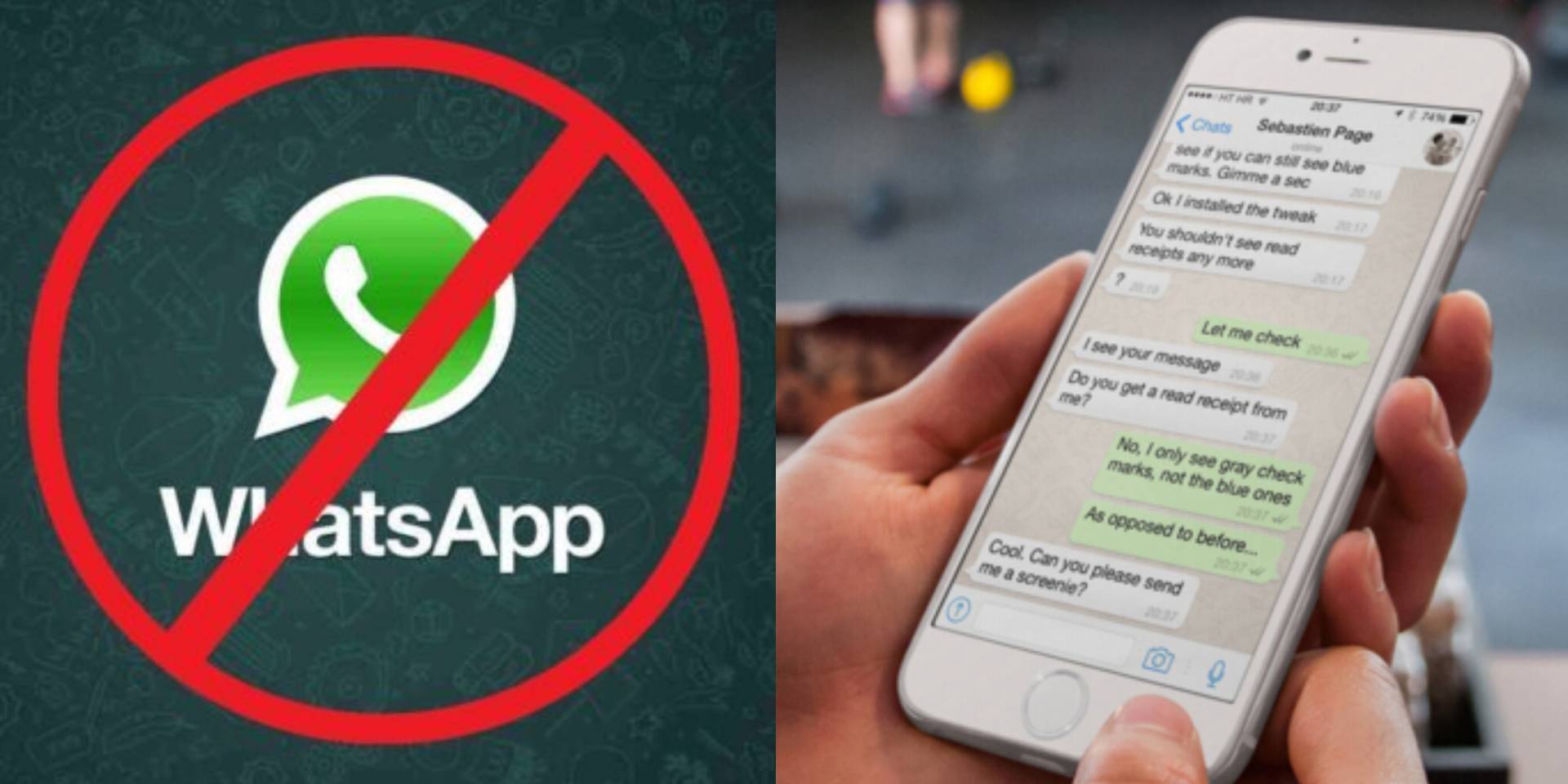 There wouldn’t be a single individual on the mighty earth who doesn’t have WhatsApp on their phone. No matter how many other messaging apps came and went, this one single app stood through. You can’t spend a single day without opening this app (unless you don’t have internet) and that’s a challenge.

But recently the nightmare fell upon the fates of the cursed. And by cursed, I mean the ones using phones with old operating systems. And the nightmare is getting blocked from WhatsApp.

Whatsapp has been very honest about its policy of not supporting old operating systems or aging smartphone platforms anymore. For instance, the aging ones include Blackberry and Nokia. But you all don’t take the words of the wise serious, do you? So now, some people have been blocked from this widely popular messaging service.

The Whatsapp ban had been made effective on Blackberry and Nokia long time ago in 2017. But this year all Windows phones, Android devices with version 2.3.7 and iOs 7 completely lost the support of WhatsApp. And in 2019 the parameter of the WhatsApp ban actually expanded to iOs 8 users too.

Yeah, that’s right. No WhatsApp for people using iOs 8 either.

It surely is a disappointment. But according to WhatsApp’s refreshed support page “WhatsApp for iPhone requires iOS 9 or later.”

It also explains that no new accounts can be created neither can the existing accounts be reversified if you’re using iOs 8. Whatsapp will remain functional on iOs until February 1, 2020, and after that, your phones will be facing the same fate too.

“For the best experience, we recommend you use the latest version of iOS available for your phone.”

Take this advice very seriously if you’re not a fan of nightmares.

Besides an international study reveals using WhatsApp is actually good for your health. Your health is in danger we hope you look after yourself.

Facts say 0.3 percent of devices across the globe are using iOs 8, first released in 2014. 0.3 percent is huge. So the impact that this ban would have won’t be so trivial. iPhone users’ time to say goodbye to either WhatsApp or your phone.

Just so you don’t feel betrayed by WhatsApp this facebook owned firm released a justification for their action of abandoning your old devices.

They say that as they are looking into the future i.e. next seven years they want to “focus our efforts on the mobile platforms the vast majority of people use”. So despite the fact that these old devices have also played a role in making their story, they are forced to discard them. Because they might not be capable to support the features WhatsApp is planning to introduce in the future.

Like anyone would say before a breakup WhatsApp also farewelled the old devices saying, “this was a tough decision for us to make, but the right one in order to give people better ways to keep in touch with friends, family, and loved ones using WhatsApp.”

So, they recommend you get rid of your old devices if you want to stay in a relationship with WhatsApp. Now that’s going to be a painful decision for you all too, won’t it?

Well, there are a lot of reasons to cheat on your old iPhones besides this Whatsapp ban. Since iOs 13 is a way more improved version of iOs with many more features.

Now it’s on you. Take that decision before February 1, 2020, and save yourself from the loss.

What do you think about this new policy of WhatsApp? Let us know in the comments.