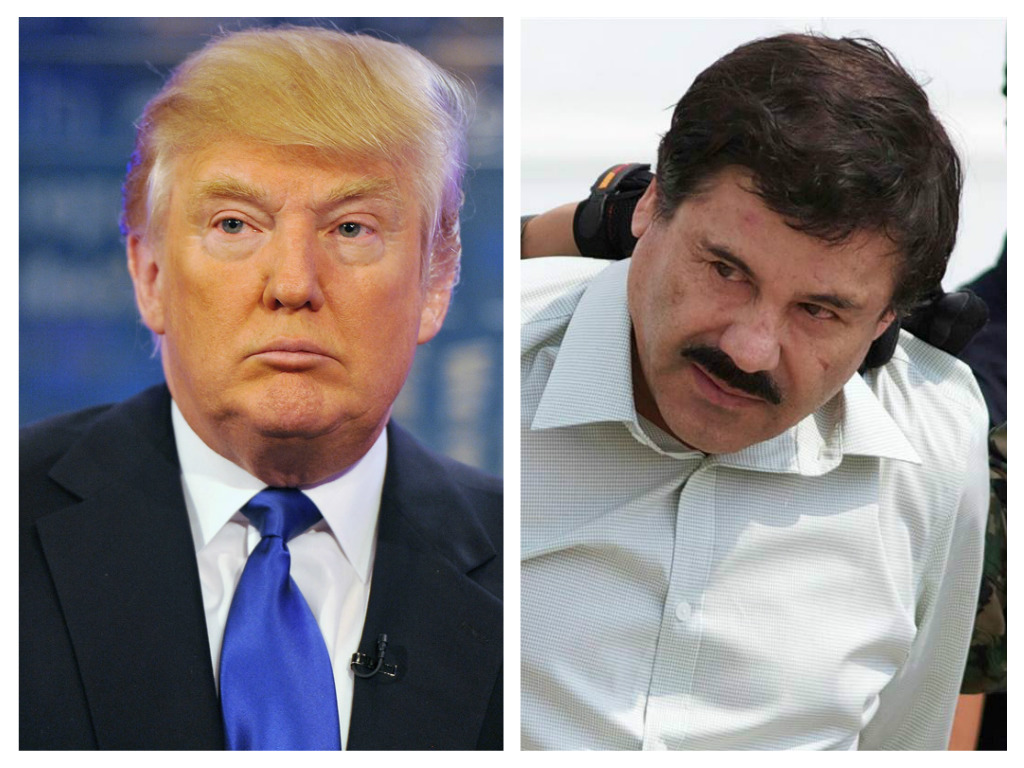 ‘El Chapo’, the world’s most notorious drug lord, Guzmán Loera Joaquín is now the world’s most wanted criminal, who according to people has escaped from prison to go after Donald Trump. After escaping from a maximum security prison by way of tunnels through his shower, the Internet has beengoing crazy making jokes and theories saying he may be after Mr Trump.

Now that the Mexican drug lord escaped from prison, everyone is saying that most of the cocaine etc. coming into the U.S. comes over border!

Donald Trump has been under fire for his racist comments against Mexican immigrants calling them “drug dealers,”“rapists” and saying that they “wreak havoc” on the US population. Mexico is currently amidst a violent drug war, at the centre of which lies Guzman’s cartel.

However, people are cracking jokes online, suggesting that Guzman has escaped to scare the real-estate mogul turned US politician who’s refused to back down from his racist comments. He’s since doubled down, saying that he will win “the Latino vote” in America.

Since El Chapo escaped he needs go after Donald Trump. Do every Mexican a favor man. — S.A. (@stephyarmani) July 12, 2015