The People of Gaza and Israel Document Their Terror - Parhlo 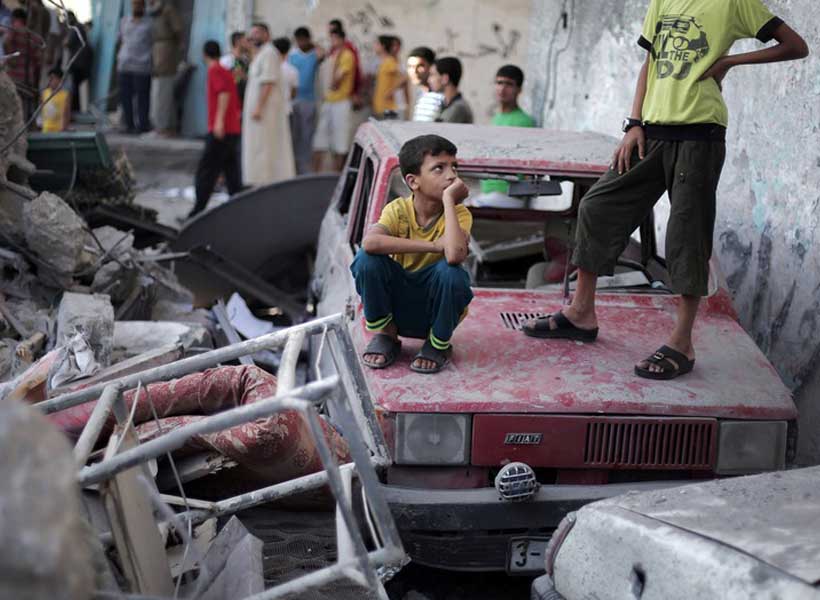 This week Israel launched a massive bombing campaign of Gaza. The military wing of Hamas, which is headquartered in Gaza, responded with a barrage of rockets aimed at Israel. The dramatic escalation of violence follows weeks of tension after the kidnapping and murder of three Israeli teenagers and the revenge killing of a Palestinian teenager, reportedly carried out by a gang of Jewish right-wing extremists.

As many as 100 Palestinians have been killed by the shelling, including at least 21 children, according to reports. So far, no Israelis have died in the conflict. But one man was seriously injured when a rocket hit a gas station in Ashdod, south of Tel Aviv.

The images on television are dramatic. As The New York Times reported, Shlomo Brom, a retired Israeli general at the Institute for National Security Studies in Tel Aviv, compared the situation to a â€œGreek tragedy in which both Israel and Hamas are running toward something that neither wants.â€

To tell that story, we gathered photos and videos uploaded in a 24-hour period from Gaza and Israel, using a number of tools to check their authenticity. Some of the pictures below were geotagged to their locations. Others were corroborated by the social media news agency Storyful.

This is what 24 hours on the ground in Israel and Gaza looked like to the people who live there.

Israeli bombings have destroyed apartment buildings and sparked fear among residents. Many have captured the airstrikes as they hit â€” and the carnage that followed â€” in photos and videos posted to Facebook and Instagram.

In one Facebook post, shared July 10 from the Gaza strip, a warning shot is fired approximately 30 seconds before an airstrike destroys a house. Witnesses yell Yallah! â€” let’s go.

In another, taken July 10 in Deir Al Balah, Gaza, a home is obliterated by an Israeli airstrike on an otherwise calm day.
Post by Mohammed Mousa.

In Rafah â€” airstrikes hit both day and night.

Neighbors descended on the scene of the airstrike to search for any signs of survivors in the rubble. These photos capture those efforts.

Photographers across the Gaza Strip are often first on the scene to document the destruction from Israel’s airstrikes. Ahmed Salama shared this photo on Facebook of a child looking at the Ghanm family’s house in Raffah, reportedly destroyed early Friday morning.

Many Instagram images show people standing among the piles of rubble.

Airstrikes, flames and plumes of smoke have become a regular sight.

The aerial defense system, Iron Dome, has so far protected Israelis from the incoming rockets, though the near-constant sound of sirens and explosions in the skies still spark fear among residents. Videos shared on Instagram and Facebook convey the terror that sets in when the sirens start blaring.

Images from the aftermath show the station in flames, a column of smoke rising over the city.

Occasionally pieces of rockets can be found on the ground.