People Believe Jeremy McLellan Is the Son of Imran Khan|Parhlo.com 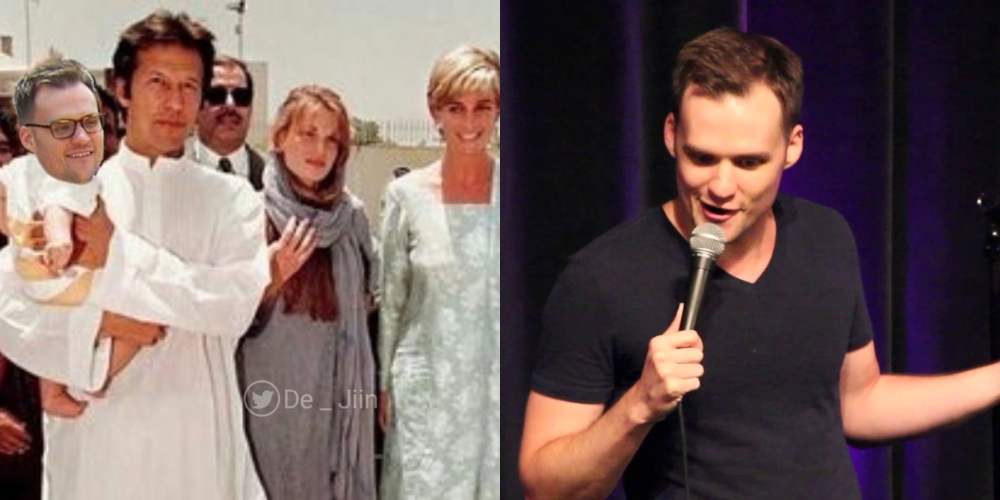 Jeremy McLellan – Republicans hate him, Trump supporters despise him, right-wing nationalists want to kill him. That’s just an overall public agenda which has been lately reinforced by PML-N supporters in Pakistan. Especially after their leader and his daughter were sent to prison.

Let us give you a background of what’s happening here…

Not long ago, this guy photoshopped himself with Imran Khan and Jemima and oh boy, that was crazy. He shared these pictures on his social media profiles and people are going crazy after them.

Reham Khan just released these pictures of me and my parents. Really brings me back. I’m just glad the truth is out. pic.twitter.com/sJhkqRtojD

It’s absolutely fascinating how this guy manages to stay on top of the news. He remains so relevant and knows what he is talking about. Well according to him now, some people actually believe he is the son of Imran Khan. They took his satirical comments seriously and now are getting on to him over it!

Obviously, he would have gone to correct people on the matter and say he is not Imran’s son. But there are certain PML-N supporters who are buying that he is actually biologically related to the PTI Chairman. Which is why Jeremy McLellan writes another statement and boy, it’s the best one so far!

Pakistan: I need to make something clear. I was joking. I am not Imran Khan’s son. I was making fun of that book that came out and then PMLN supporters took me seriously. I would like to apologize to the people of Pakistan, to Imran Khan, and most importantly, to my real parents Nawaz and Reham. Please forgive me.

Pakistan: I need to make something clear. I was joking. I am not Imran Khan’s son. I was making fun of that book that…

It’s arguably one of the best things that the comedian Jeremy McLellan has said lately. He masters the art of satire and is actually really good at it!

I am sure this one would have left everyone in laughing fits!

This “Dulhan Peer” Has Claimed Something That Triggered A lot of Muslims All Over the World
Reham Reveals a “Wahiyaat” Text Allegedly Sent by a Female PTI Worker to Imran Khan and OMG!
To Top