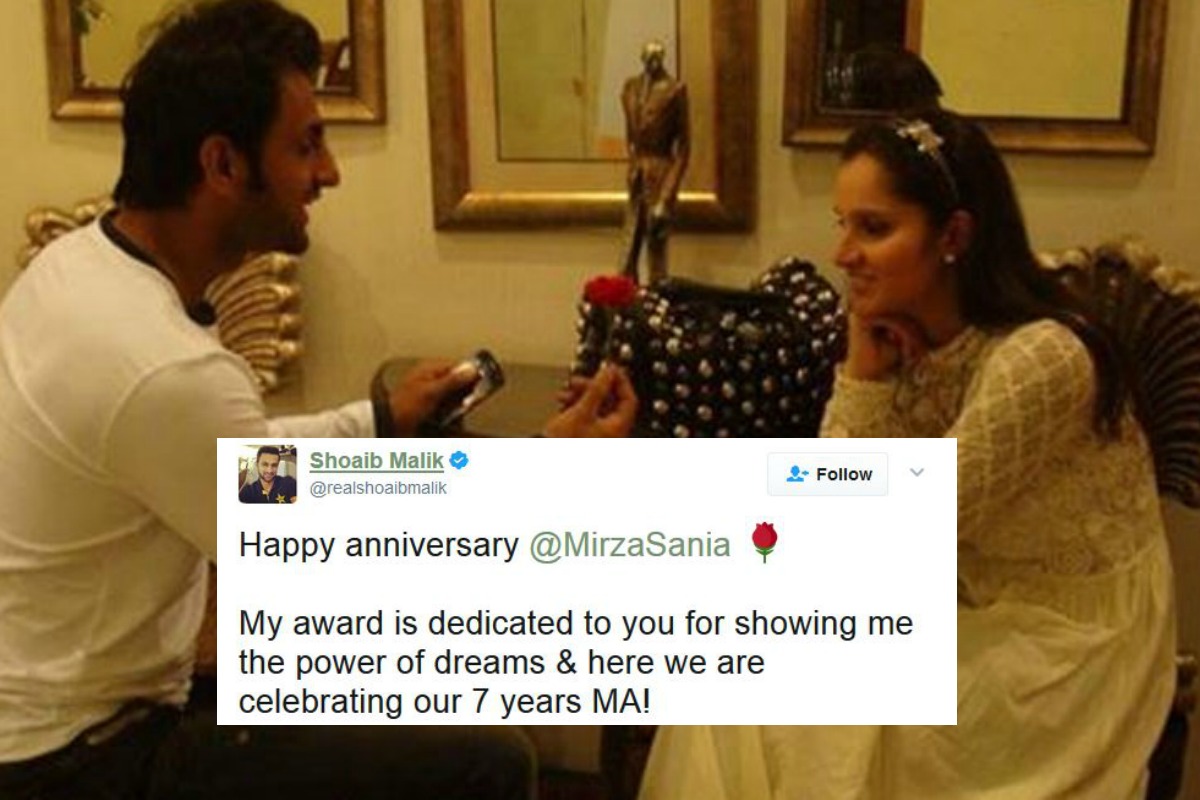 No matter how much we run away from this question, we just cannot help asking the same thing from others. A couple, recently married, is faced with bombardments of questions from all relatives. Even those who were not invited to the wedding, somehow find their way to come and ask the young couple that big question: “Khush khabri kab suna rahay ho?”

Dreams and aspirations and talks about the future have to be put aside; lousy excuses have to be thought up by the husband and wife, both, in order to satisfy those relatives who expect the answer: “Soon.” However, what about a celebrity couple who is married for 7 years now and still without a child? Shoaib Malik was met with a surprising response as he celebrated his 7th wedding anniversary with Sania Mirza.

My award is dedicated to you for showing me the power of dreams & here we are celebrating our 7 years MA!

Why is it that some of us are more concerned about Shoaib Malik’s private and personal life rather than his performance on the field? It is absolute uncanny behavior from people to ask Shoaib and Sania about this “khush khabri”.

We have rounded up some of the tweets that people were asking for the celebrity couple as Shoaib Malik congratulated Sania Mirza on their 7th anniversary and dedicated his performance to her:

Either As A Joke Or Seriously, Why Would You Ask Such Questions?

Of course. Only in Pakistan. pic.twitter.com/rqU7kSR1SR

Why Are You So Concerned About Chotay Malik Sahab?

We Get The Idea of What You Want, But Please Mind Your Business?

Only Real Pakistanis Would Be More Concerned About A Khush Khabri Than His Performance!

Shoaib Malik Probably Married Because He Wanted Him To!

Probably When He Finds It To Be The Best Time In Both Of Their Careers?

So, Will You Decide When The Right Time For Shoaib’s Plans Would Be?

To ask such questions from any young couple is socially wrong. There are a lot of aspects involved which a husband and wife have to look for before being ready for an offspring. There are career goals involved, personal reasons, family matters, and so much more when both of the individuals are as big of

There are career goals involved, personal reasons, family matters, and so much more when both of the individuals are as big of stars as Shoaib and Sania. For the general public and their fanbase, should we not be more concerned about how they play, because that is what made us care about them and respect them in the first place.