Gone are the days when “Calibri” was merely a font in Microsoft Office. It’s the word of mouth of millions of Pakistanis across the globe after the recent verdict of JIT over the infamous Panama leaks case made it common knowledge. Just recall how many times have you seen the font’s name being taken on your newsfeed. The Sharif family mustn’t have the slightest of ideas that it would become their nightmare.

THE DECLARATION DOCUMENTS OF OFFSHORE COMPANIES, NIELSEN AND NESCOLL LTD. FROM 2006 ARE ACTUALLY WRITTEN IN A FONT (CALIBRI) THAT WAS NOT EVEN MADE COMMERCIALLY AVAILABLE UNTIL 2007.

LET THAT SINK IN…

In a fail attempt to save turn this bad situation around, people actually resorted to updating Calibri font’s Wikipedia profile

Just when you want to prove anything to someone, a Wikipedia evidence stands as the ultimate proof. The pro-Sharifs and PML (N) supporters are trying everything they could to save the Sharif family from the trouble. But seems like, it’s all going in vain. 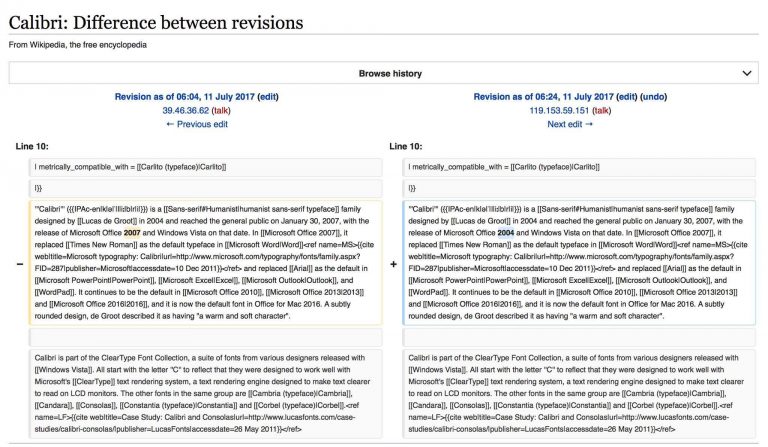 Just when people tried to update in a matter of a few hours, Wikipedia protected this page from further editing till 18th of July, 2017

The font Calibri remains one of the consequential tokens that can stand as a strong evidence. It is indeed ridiculous what is happening here.

Twitterati are Going Crazy Over Ranveer Singh’s Birthday Gift!
Some Serious Issues In the Computer Science Department of FC College that No One Is Addressing
To Top