Anwar Maqsood currently runs a web-series called “Anwarnama”. He’s a veteran writer and a respectable public figure in the field of Arts and Literature. Anwar Maqsood leads a benchmark that has been followed by millions for decades now. 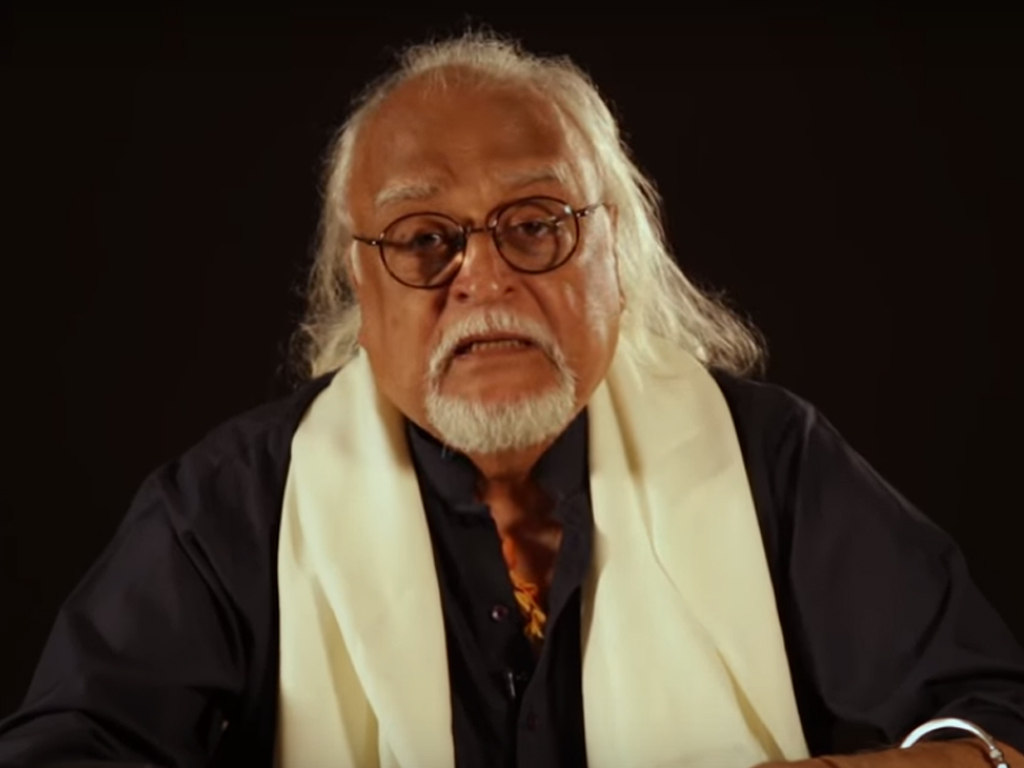 He’s a complete institution himself and quite irreplaceable in his forte. His son, Bilal Maqsood is the band member of Strings and a popular public figure. Anwar Maqsood is also a relative of late Zubaida Tariq and it shows that his family is quite accomplished and respectable in the eyes of people. However, recently, the veteran writer was under hot water for a very controversial web-series.

The content of his web-series was satirical, targeted on the Sindhi culture and people. The “Anwarnama” web-series was gaining popularity among masses just took a toll on a controversial note after its latest release.

Anwar Maqsood is hit with massive criticism from celebrities and people

His racist overtones have incited a heap of criticism from all kinds of people on the internet.

#AnwarMaqsood showed his true face, and how much he has hatred for the people of #Sindh…
بال صفید ہوگئے
دل کالا تھا کالا ہی رہا.. pic.twitter.com/XdVedPnc7M

Ali Gul Pir is not having it at all…

Deeply offended by the racist video made by Anwar Maqsood and his team. Comedy and satire should always be about a certain mentality, not a a ethinicity or community. Calling Sindhis lazy and corrupt is not funny, it's spreading hate and maligning

Taimour Salahuddin spoke up too!

There is a thin line between racism and stereotyping for the sake of humour #AnwarMaqsood treaded the line for years, racism was funny back then, people have evolved, racism is not funny anymore.

This man #AnwarMaqsood is an idiot and racist.This biased and racist grownup in Sindh,educated in Sindh and enjoys all the benefits of Sindh government but barks against Sindhis.This old crazy white beard man should read history.
1/1#shameAnwarMaqsood pic.twitter.com/RiCzhHxqDm

What do you think?

You too, Mr. #AnwarMaqsood, just watched ur 'video Interv. Sindhi https://t.co/YdBiaY6n7j' w'd say, ur video doesn't define Sindhis but it shows what you think about Sindhis. Mr. Anwar, u have no an idea about Sindh. ur biased approaches towards Sindhis, made us speechless.

What #AnwarMaqsood presented in his latest AnwarNama is actually a bitter and generally accepted Truth! Here one can blame PPP for the disgrace of beautiful land named Sindh but this is unjustified to accuse the writer as Racist!

Shortly after the video came out and it followed so many reactions from people at large, Anwar Maqsood came clean and apologized to his audience. He released a video, sharing his concerns and explaining the whole controversy.

Here’s the video where Anwar Maqsood explains it: