People Are Hating On Their Year In Review Video on Facebook 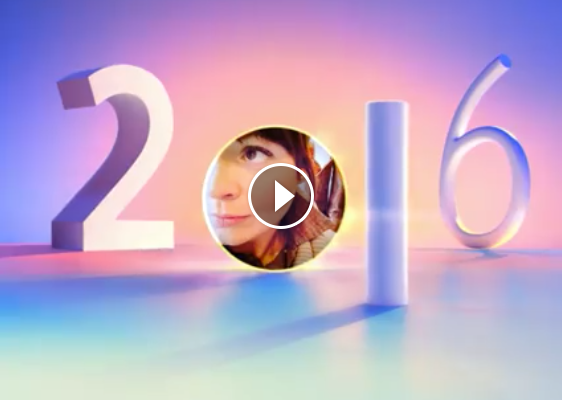 Facebook always tries to connect with its users in most friendly ways. But this time, people have turned on Facebook for the newest thing it introduces.

Another year to end brings another lame “year in review” Facebook video and people hate it.

I admit I made a sullen face when I got the notification of my Year In Review video too. There were good memories but it quickly forced me to picture all the horrible things that I hate 2016 for. That may be it for all other people who are hating it so much.

It brings all the things you are guilty of throughout the year. The pictures of you and moments where you were caught off guard and simply everything that may make you feel let down of yourself.

It is okay. Many of us felt that way, there’s no shame. In fact, we took on Twitter where people expressed how bothered they are by the video created by Facebook. What a platform these people chose to express their views about it!

Let’s see what they have to say about it…

Opps! But Facebook was just trying to be nice with you.

Facebook: Your 2016 Year in Review is waiting for you!

Oh, no, no, don’t, lady! You can always just ignore it. We know you don’t like to look back on your year.

Facebook keeps trying to show me a "2016 year in review" video. FFS, I DO NOT WANT TO REVIEW IT. I'm still just trying to survive it.

It’s December already, Eliza! You got this, chill.

2016 doesn’t seem to be working at all for this young lady. Y u do dis, Facebook? Just why?

After all that happened, Facebook still has the nerve to ask me to see my 2016 Year In Review video… 😠

Just another guy hating on it. 2016 was bad indeed.

By the looks of it, 2016 seems synonymous with “disaster” for so many people in the world.
I can realize what it would be like for these people. Surely, 2016 brought many disasters and tragedies. From Muhammad Ali, PK661 crash, Abdul Sattar Edhi to Donald Trump, Brexit, Paris, Brussels, Syria and etc.

These were the global events that shocked and distressed us, something 2016 will never be forgotten of. We lost so many notable people, my grandpa passed away and so much more shocking things happened.

Even our personal lives finished a race apart and then Facebook decides to make a video about it trying to put a warm notion. These people simply had enough to say about it.

Here is 2016 rather better summed up:


Let’s see what 2017 holds for us. One thing is for sure and whether we like it or not, our lives will be before all us at the end of the year, courtesy of Facebook and its trendy year in review videos.