Are People In China Really Accepting Islam Due To Coronavirus Fear?

Since the outspread of Coronavirus, the mayhem caused until now is catastrophic. This month, a video went viral on social media where Chinese people were seen embracing Islam. Rumour spread that the video had been recorded in China, and it was due to the fear of Coronavirus. 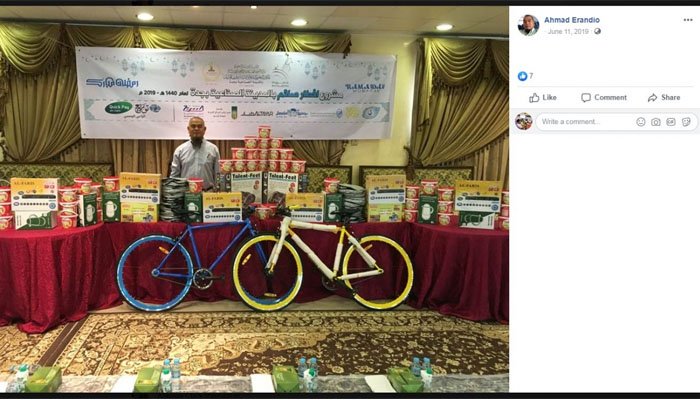 With the video leaking over social media, the rhetorical question arises whether it is true or not? The video got reposted on Facebook on February 16, 2020. Since then it has garnered more than 1.9k views.

In the 1:27 minute video, it can be clearly seen that people are raising their fingers upwards and reciting something, following the person speaking on the microphone. An Indonesian user posted this video from his Facebook account stating: “After proving that the Coronavirus is not affecting Muslims, 200 million Chinese people are embracing Islam. Allah is the greatest, thank God for the blessings of Islam.”

With this video on social media, the impression came that Muslims are the only ones, untouched by the infamous Coronavirus. Moreover, the video was shared on Facebook on May 27, 2019, whereas the Coronavirus outbreak started in late 2019.

Here is the video that leaked over social media!

Slamming Down All Rumors!

With the blind leading the blind, the rumored video is proven fake. Nevertheless, the video is of people breaking their fasts during the month of Ramadan in Saudi Arabia. In the second picture, the banner clearly depicts the Dua in Arabic for breaking the fast.

Coronavirus and its impact thus far

According to the facts, the outbreak of the Coronavirus originated in late 2019, from the epicenter of Wuhan, China. Nevertheless, Dr. Li was the first one to warn the citizens about the deadly virus. However, the whistleblower doctor was quite unfortunate, for later on the virus took his life too.

According to international media reports, Li Wenliang, a 34-year-old doctor who tried to save others from the novel Coronavirus died in China.

With more cases surfacing every now and then, the latest news is that the virus has targetted nearly 81,017 people, with over 2,765 confirmed deaths.

The world is currently under ‘global health emergency’ as the Coronavirus outbreak from Wuhan, China has caused an epidemic outbreak. Apparently, the emergency was highlighted by the World Health Organisation (WHO) analyzing the chaotic situation. Also, many countries around the globe have halted their flights going to and from China.

Meet Dr. Sheeza Mohsin – A Counselor Making Life Easier For ‘Desis’ Around the World
After MPTH, Ehd-e-Wafa Finale Will Also Be Aired In Cinemas Before TV
To Top