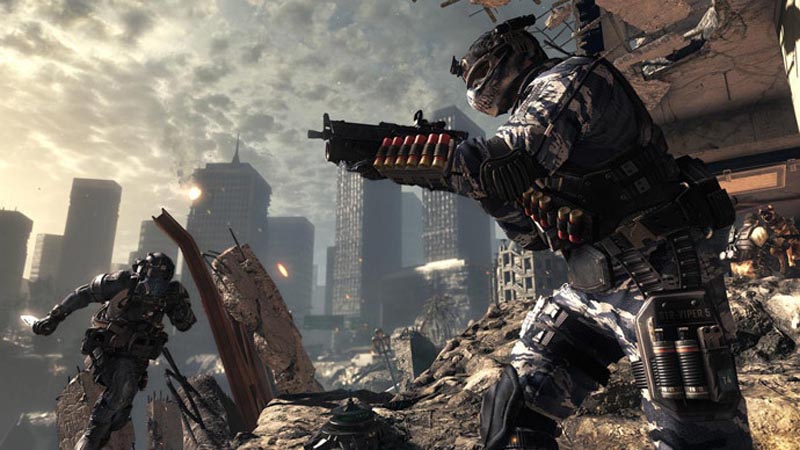 You would think war-themed video games copy real life, and not the other way around. Not this time. A Washington think tank has hired the maker of the acclaimed â€œCall of Dutyâ€ game to envision the kind of future wars the US could be fighting.

The key reason for this, according to the Atlantic Council think tank, is that, with all its money and capabilities, America really isnâ€™t thinking creatively about the various threats it could face in the 21st century.

Dave Anthony, the creator of the billion-dollar Call of Duty franchise, will be joining other authors, screenwriters and entertainment figures in an initiative called ‘The Art of Future War Project,’ set to launch next week, according to AFP.

The idea came rather suddenly, when former Pentagon official Steven Grundman walked in on his son playing ‘Call of Duty: Black Ops II,’ which depicts a 2025 cold war between China and the United States. In it, the two superpowers are vying for rare earth elements in secret missions.

“He was struck how realistic our portrayal in ‘Call of Duty: Black Ops II’ was of a future conflict,” Anthony told the news agency.

â€œIt occurred to me that the perspective of artists on this question is compelling and insightful, and itâ€™s also different,â€ Grundman was cited as saying by the Washington Post. â€œOne feature that struck me was the combination of both familiar technologies and novel ones.â€

â€œI didnâ€™t want to satisfy myself with an approach everyone was doing,â€ he added. â€œItâ€™s a crowded field of ideas,â€ Grundman said, explaining his belief why military think tanks alone arenâ€™t up to the task.

According to Anthony, the game itself was the result of brainstorming by a number of creative professionals of all sorts, including Batman screenwriter David Goyer, as well as Oliver North, the former marine who later became a TV personality at the height of the Iran-Contra affair in the 1980s, when US officials secretly sold weapons to the Islamic state, despite there being an arms embargo.

“You get everybody in a room like that, and all the different perspectives come together,” Goyer said. “That combination was fascinating. What I would like to bring to Washington is that kind of thinking.”

Anthony himself also believes that the real-world Pentagon could benefit from fantasy-based thinking for the simple reason that the US isnâ€™t preparing even for the scenarios it knows it might face, often on the pretext that there isnâ€™t adequate funding, or that certain bridges can be crossed when reached. 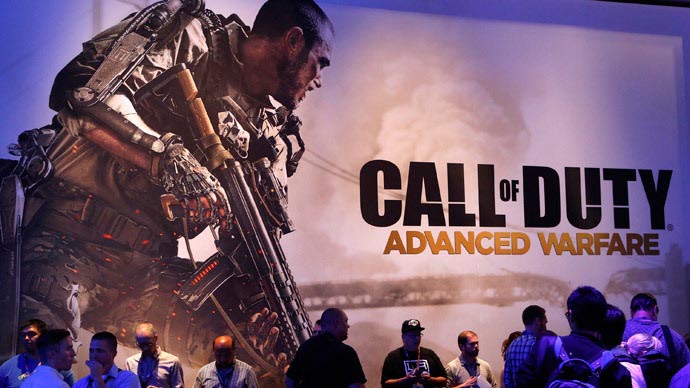 So the project will attempt to â€œset upâ€ the government to think of those sorts of danger. The Council admitted also that national security decision-makers could do with some â€œnew voicesâ€ to give them a push, where imagining the mix of existing and future threats may be concerned.

“Writers, directors and producers and other artists bring to bear observations derived from wholly different experiences in the creative world,” it said in a statement.

“They can ask different kinds of questions that will challenge assumptions and status quo ways of tackling some of today’s toughest national security problems.”

Anthony is set to appear in Washington on Tuesday with the kind of presentation common to the entertainment sphere â€“ stylish videos. One of them will be presenting a Las Vegas rendition of the 2008 Mumbai attacks, when a series of coordinated bombings and shootings carried out by Islamist group Lashkar-e-Taiba, allegedly with secret help from Pakistani intelligence elements.

Anthony went further, saying that he sees parallels between government work and running a multi-billion dollar entertainment venture, in the way that both are high-pressure environments with many players and idiosyncrasies in decision-making, all of which require overcoming.

He believes that US military thinking is somewhat stale, and that it streamlines when it comes to making brave and risky decisions, and thatâ€™s one other thing he hopes to combat.

“The way I like to think about it is the next attack has already happened, someone has already thought of it. How do you look at all the ideas that are out there?”

“The problem is the next attack is very unlikely to be the same as the previous attack,” Anthony said, adding that even todayâ€™s Islamic State campaign by the Obama administration is ill-equipped to predict how the Islamist terrorists will strike back.