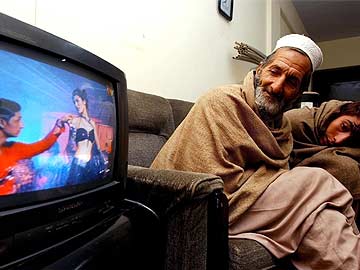 Due to high public demand, Pakistan Electronic Media Regulatory Authority (PEMRA) has decided to do a crackdown against cable operators who are broadcasting illegal Indian Content and also against trade of Indian DTH. These announcements were made by Chairman PEMRA Absar Alam.

As Indian channels are already banned in Pakistan, PEMRA has now decided to do a severe crackdown against all and any such content being illegally broadcast in Pakistan. In addition to that PEMRA will also take action against cable operators playing Indian content on CD Channels.

Furthermore, PEMRA has also decided to control sale and purchase of Indian Satellite Dishes as there is a ban on them. Chairman also appealed to general public to stop the use of Indian DTH and has promised to also take action against those who help consumers in monthly subscriptions.

A lot of illegal Indian content is being shown to Pakistani audience through Cable Networks and DTH. Indian movies being shown in Cinemas are still legal in Pakistan. In contrast, there is a blanket ban on Pakistani TV channels in India and Pakistani movies are a rarity in Indian theaters.

What are your thoughts about this? Do you think Indian entertainment should be banned in Pakistan? Let us know!

“He is your elder cousin and it’s okay. Don’t be such a ‘touch me not’.” – Gut-Wrenching Story of a Pakistani Boy
The Theory Of Evolution Was Found By A Muslim Scholar Not Darwin
To Top