Peak Of Animal Abuse In Karachi: 900 Dogs Poisoned And Their Bodies Dumped In The Streets 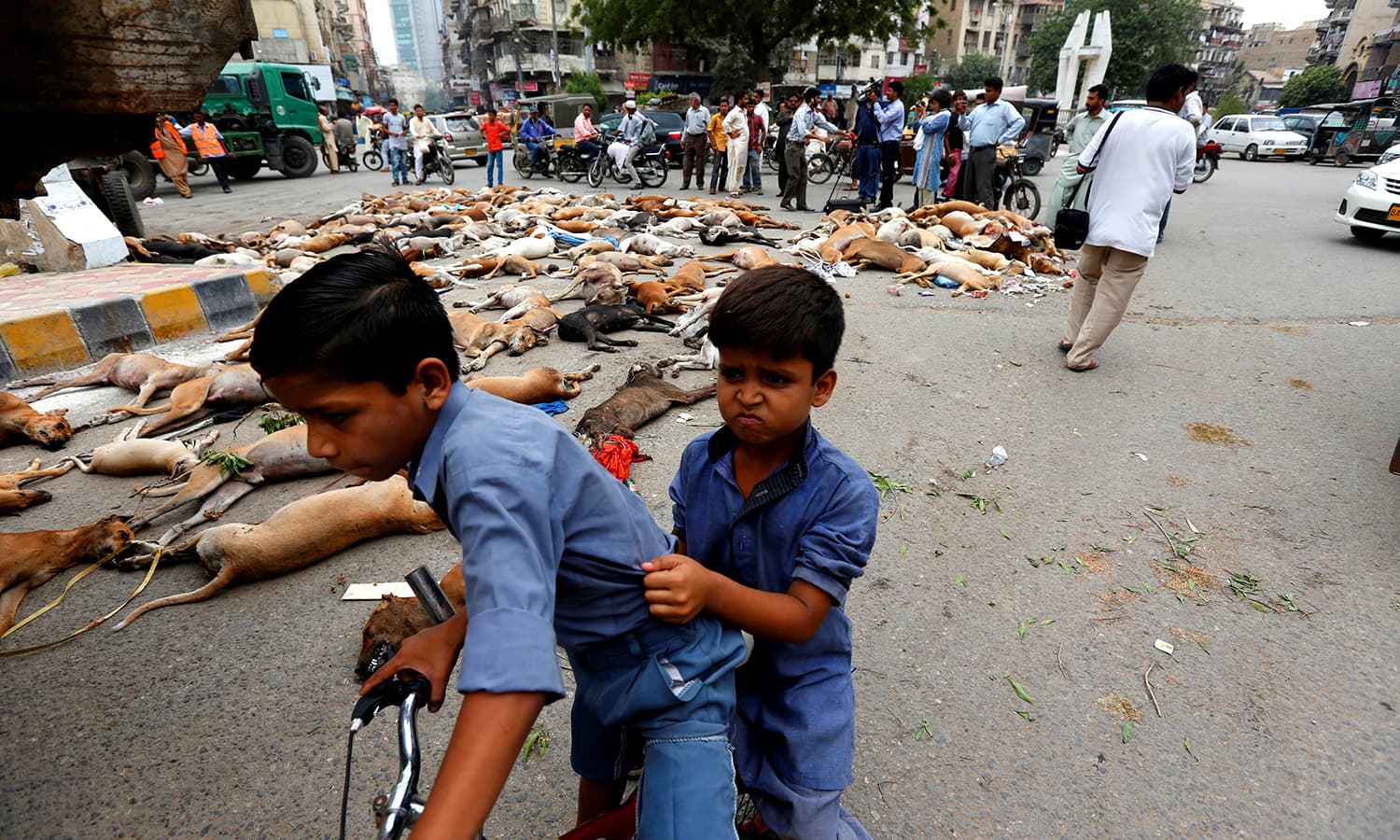 Sindh municipal workers have found a deadly solution to the ever increasing stray dog population in Karachi. Officials have decided to poison hundreds, and maybe even thousands, of dogs in an attempt to curb their population. The goal is to protect the megacity which is home to 20 million people.

Bodies of dead dogs have been dumped in many places around the city, waiting for disposal, or being displayed to the public. A spokesperson for the municipal authority claimed that they have poisoned over at least 700 dogs around the city- however, the work is far from complete, he said. Other districts are yet to start this operation, and a few more areas of Karachi are still left untouched.

Poison tablets hidden within chicken meat are being fed to the stray dogs for the purpose and this has sparked criticism from many animal rights activists within the country.

The officials argue that the operation was necessary in order to provide safety to the population. Just last year, Jinnah Hospital Karachi treated about 6500 dog-related injuries, and this year the count has already reached 3700.

The number of injured people might be true, and it may also be true that stray dogs possess a threat to locals.

However, to poison them and then pile the dead bodies on roads around the city is similar to stepping on and grinding animal rights with one’s boot. There are institutes that provide help and care to the stray animals by taking them away from populated areas. There are humane ways of stopping these animals from harming locals. No matter how you look at it, no matter in which perspective, killing around a thousand animals by poison is no way an answer to a problem.

It is with great disappointment that everyone condemns the cruelty being done to the creatures without a voice. An online petition has already started and we urge all of our readers to please join hands and help in putting a stop to such heinous act. Visit http://bit.ly/1DW3mFU

Sign the petition to be a part of a campaign that would stop this operation. To harm an animal is cruel, to kill it with poison is satanic, and inhumane. Mass vaccinations and sterilization could be an alternate solution which is far humane. This protects communities and saves money. We urge the authorities to adopt humane solutions such as these to control dog population and risk of rabies.

Read Also: “We Killed Stray Dogs Because We Were Asked To” – Ugly Truth Behind The Heinous Act