Pakistanis often make comparisons such as saying that a country where human lives are not precious, who cares about animals? However, such comparisons come when there is a lack of sympathy for life. Recently, a new contagious disease has hit Tharparkar, Sindh, and has claimed the life of over 170 peacocks and peafowls.

The avian disease, which has claimed more than 170 peacocks’ lives, is said to be a disease called ‘Ranikhet’. When a bird catches this infection, its neck swells up… which makes breathing impossible, thus the bird falls sick and dies. All these birds have died only in the last four weeks. 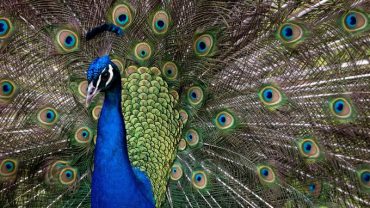 Peacocks in Sindh hold key importance for many reasons. More than anything, they are a part of Sindh’s cultural heritage, especially that of Tharparkar. People from all over the world come and see peacocks in their natural habitat, also hoping to take a few along with them. The sudden crisis has left authorities baffled as to how to protect more birds from dying.

The Sindh Wildlife Department is quiet and has failed to protect this beautiful species. The peacocks of Thar hold immense importance to the locals as they consider it a part of their pride and heritage. The Sindh Wildlife Department further failed to assess how bad the situation is. Locals have been trying to find ways to cure the disease themselves, but have been out of luck till now. 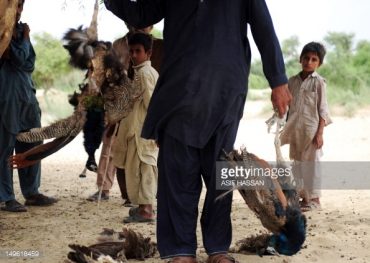 Although the vicinity of Thar is large, almost 22,000 square kilometers, the effort has to start from somewhere. We condemn the ‘he says/she says’ attitude and hope that concerned authorities will take steps to fix this problem soon. Every passing minute, Ranikhet claims more birds.

This Girl Writes An Open Letter To Imran Khan, Questioning His Contradicting Statements On PSL
21st Century and Still A ‘Jeanophobe’? This Girl Tells It Like It Is!
To Top