Ramiz Raja was suddenly fired as the head of the PCB, and now the Pakistan Cricket is in confusion after claims of PCB YouTube channel Hacks that surfaced on social media.

The PCB YouTube staff had been attempting to get in touch with YouTube administration to resolve the situation. The hackers, however, have not yet disclosed any demands.

As a result of Pakistan’s poor performance, Ramiz was removed as chairman of the Pakistan Cricket Board shortly after the team’s 3-0 defeat to England. Najam Sethi, a previous PCB chairman, was then reinstated as the head of the new cricket board management committee.

A photo of the YouTube home page with the name Tesla US 24 was provided by a Twitter user going by the handle @ahmedwaqas992.

It appears that the channel was eventually restored.

Here Is the Screen Shot: 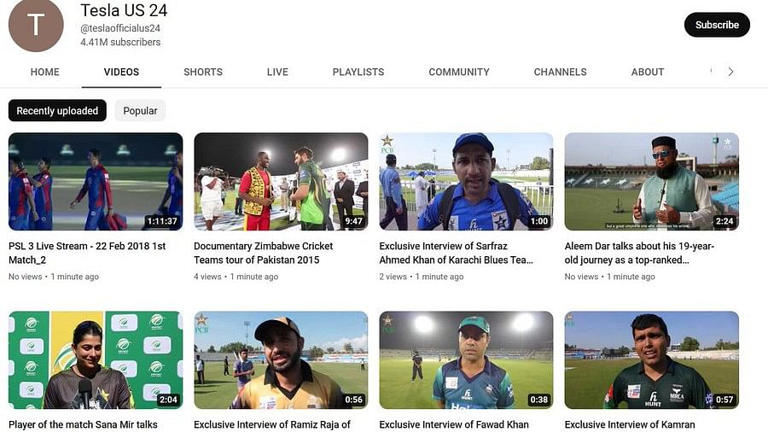 An earlier criticism of the Najam Sethi’s appointment came from former cricketer Ramiz, who called  a political decision that defied cricket logic.

Ramiz said that the entire PCB constitution was changed to fit one individual in a video on his YouTube channel.

Raja claimed that he was not even allowed to retrieve his office belongings.

“They had to alter the entire constitution in order to accommodate one individual, Sethi (of the PCB). This is something I have never seen before. It has happened during a season when teams are travelling to Pakistan. The top selector, who played Test cricket, has been replaced. He (Sethi) tweets that Ramiz Raja had left at two in the morning. This is my territory. It aches, “On Monday, the former PCB chairman made the statement during a YouTube Q&A session with fans.

See More: Ramiz Raja Will Be Replaced As PCB Chairman By Najam Sethi