Instead Of Removing A Patient’s Appendix, These Pakistani Doctors Removed Her Kidney!

Normally, we hear things like Pakistani doctors are the most professional and the best in the whole world. We do right? But it’s not the case when you are being actually operated by a doctor in Pakistan. A huge list of ‘cases-gone-wrong’ can be made if a count is done on the Pakistani doctors and their skills. Every year several families lose their loved ones just because of the negligence and wrong dosage given by doctors in Pakistan.

There are some cases which manage to gather hype and there are many which don’t even make it to the mainstream media. Earlier this year, the case of 9-month-old child Nashwa lost her life because of the wrong dosage given to her in Karachi’s Dar ul Sehat Hospital. The issue was then raised by her father and it gathered a lot of hype over the media. Later the hospital was sealed by the higher authorities until Nashwa’s parents came to an agreement with the hospital’s administration.

The doctor removed the kidney instead of the Appendix!

Unfortunately, another case came up on social media recently. A father took her daughter to Saleem Medical Complex in Quetta after his youngest daughter complained about having constant pain in her stomach. There “Doctor Aliya Hashmi” re-operated the little girl for 4 long hours to remove her Appendix but removed one of her kidneys instead. The doctor took the kidney out without the father or family’s consent.

Started from Bolan Medical Complex Hospital where a father named Muhammad Tahir brought her youngest daughter at first. Belonging to a poor family, Tahir still brought her daughter to BMC, Quetta for the best of treatment. The doctor who checked the girl told Tahir that continuous pain is because of the Appendix growing inside. Tahir and family basically belong to a small town called Panjgur located in West Balochistan. 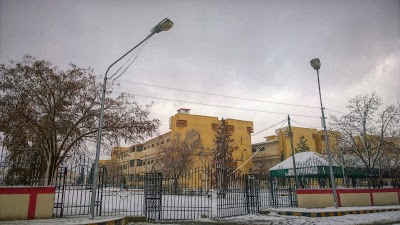 As a caring father, Tahir thought of getting her daughter the best of treatment and brought her to Quetta all the ay from Panjgur. Tahir got scared when the doctor told him that the Appendix needs to be operated or else it will create more problems. But seeing the girl’s condition, Tahir permitted the doctor to operate.

A poor father and his daughter in pain!

Tahir along with her daughter went back to Panjgur after the so-called successful operation. But after 5 days, the girl again started complaining that her stomach is paining. Tahir took her again and traveled back to BMC Hospital and this time the doctor provided them with medicines. Further, the doctor said that if the pain still persists, that means there’s some problem in her kidney.

Seeing the non-serious attitude of the doctor, Tahir then took her daughter to Saleem Medical Complex in Quetta. They consulted a kidney specialist there named “Doctor Kareem Zarqoon”. The doctor charged them Rs.1000 fee and gave them medicines worth rupees thousands and asked them to get the girl’s Magnetic Resonance Imaging (MRI) and Ultrasound done every two days. With 12 additional injections, doctor Zarqoon charged Rs.5000 for each injection.

Doctor Zaqoon asked Tahir to give her daughter medicine and injections on time and to consult him again after 15 days. When nothing worked, Doctor Zarqoon consulted them to another surgeon “Doctor Aliya Hashmi”. All this expense and traveling forced the poor father to take loans from several places just to see her daughter healthy.

After talking to Doctor Aliya Hashmi, Tahir got more tensed as she told him to arrange another Rs.40,000. According to Doctor Hashmi, the Appendix operation was not done properly the first time and it grew infection inside. The girl will get better after we’ll re-operate her and remove the infection properly. All this will cost Rs.40,000 but the girl will get healthy. 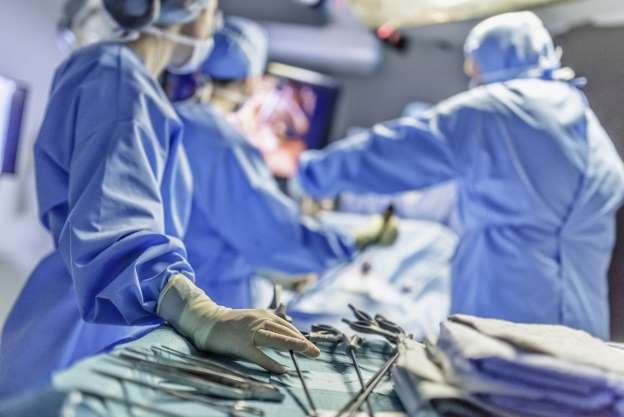 Check out: Shaheed Cpt. Akash Rabbani’s Mother’s Heartfelt Letter For Her Brave Son Is So Powerful, It Will Make You Cry!

Being a father, Tahir somehow arranged the money from relatives and friends and the operation started. The operation continued for four hours and the doctor removed one of her kidneys without telling Tahir. At first, the doctor didn’t tell anything about the kidney and told Tahir the next day that his daughter’s kidney was expired so we removed it.

Tahir was shocked to hear that and got angry that without my consent the doctor removed his daughter’s kidney instead of Appendix. Till date, no one knows what they did with the kidney or where it was. Tahir and his daughter are now seeking justice and appealing to the higher authorities to look into the matter.

Nowadays, doctors in Pakistan are no less than any butcher. A huge pile of cases is already been stinking and it will be just another addition to it. The higher authorities should look into the matter and justice should prevail.

Illiterate Teachers In Quetta Are Making Little Girls Clean Classrooms By ‘Jharoo Pocha’ During Classes!
4 Exercises To Do At Home During Pregnancy! – The Guide To Safe Exercising In Pregnancy
To Top