A Wrong Injection In A Reputable Private Hospital In Karachi

A patient was admitted in the ICU ward of a private hospital that holds a significant reputation in the entire country. It is reported that the patient was given a wrong injection that resulted in him losing the battle of his life.

The entire incident is narrated by the patient’s family who openly admits that their family member was given a wrong injection. They accuse the management and doctor in charge of handling the patient unprofessionally, totally unlike the reputation and service quality the place is accountable of.

An eyewitness managed to document the turmoil happening inside the hospital. It features the statement from the expired patient’s family as they report the incident in resentment and disbelief.

It is shocking to find out what happened to the patient. How on earth a hospital as prestigious could make such a blunder?

This video is an alarming insight to how a hospital that boasts a benchmark service actually swindles patients and their families and leave them for no good.

Is there an account present on the hospital’s part? Is there a way someone could offer an explanation?

What the person tells in the video clip bear testimony of the failed operations and mismanagement by the hospital in handling one case. How can people still be encouraged to seek medical treatment in our hospitals if they continue to do things like this?

He blamed the doctor who was in charge of handling the patient. He reveals her identity and also accuses the hospital of vanishing her from sight. 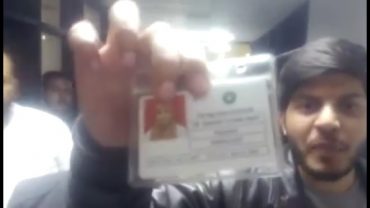 Not to forget, this is not the first instance where a hospital gave a wrong injection to a patient or failed to handle the case on ridiculous grounds. Many instances continue to surface revealing the appalling insight of mismanagement by hospitals in Pakistan.

People are compelled to pay hefty charges for medical care in these hospitals, yet they do not ensure a safe and standard service to patients.

The hospital released a statement after the incident went viral and caused an uproar from people: 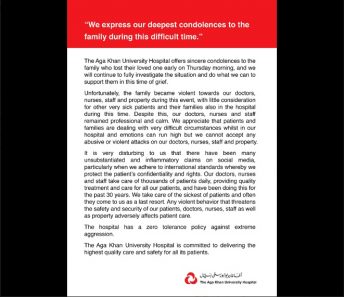 It is about time that these incidents stop happening and it could only happen once hospitals take the right measures.