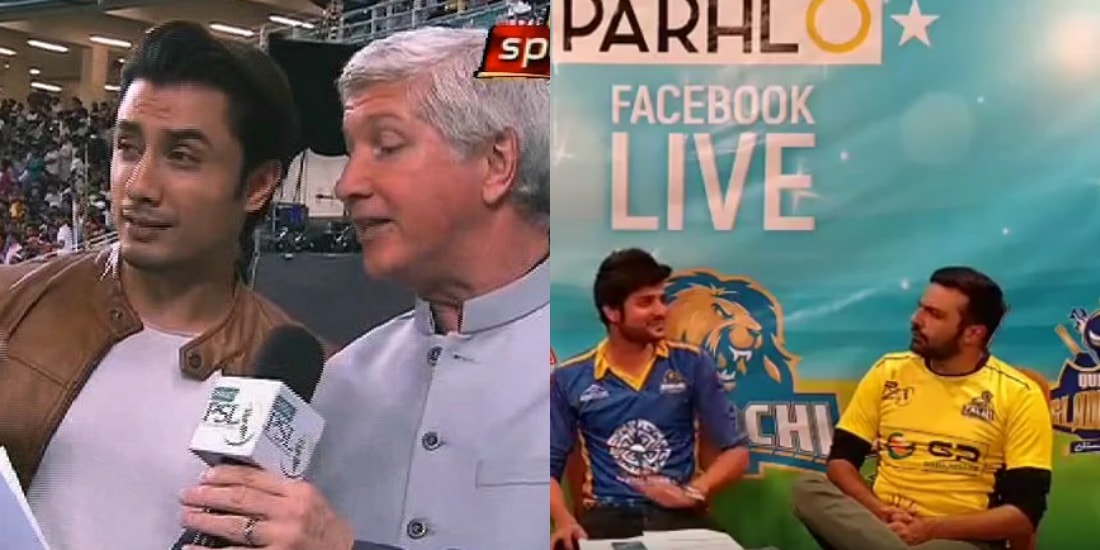 The Pakistan Super League has to be the best thing that’s happened to our country’s cricket in the longest while. Emerging talent, foreign players, veteran national team heroes and of course, Alan Wilkins and Danny Morrison!

Alas, we have reached the final stage of the tournament and we just don’t feel like letting go! Same is the case with the attachment and love we’ve formed with Alan Wilkins. Indeed, one of the greatest voices that have graced different commentary boxes all over the world. PSL was fortunate enough to have Alan talk cricket while the world watched. 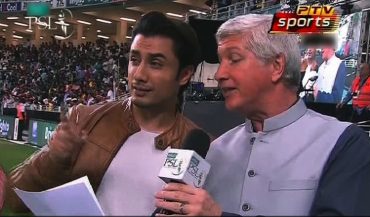 Before leaving for his country, Alan congratulated Pakistan on the success of the PSL in UAE and said his final goodbyes.

Thankyou to you all for your amazing support and kind words throughout the @thePSLt20. It’s been a privilege to be a part of it. Shukriya!

This is when one of our very own, Faizan Najeeb, a Parhlo PSL presenter replied to Alan and thanked him for everything he had done for the PSL by becoming a part of the tournament.

@alanwilkins22 @thePSLt20 you’ve been amazing throughout the event.. We Pakistanis want to thank you from the bottom of our hearts ????

To his luck and Alan’s charm, he got a reply from the renowned Wilkins, who was awe-inspired by Faizan and the rest of Pakistan’s gratitude.

@mfaizannajeeb @thePSLt20 Thankyou Faizan. Your words are much appreciated. Enjoy the final.

Just like any other Pakistani, Faizan too was hopeful that Alan and rest of the gang would come to Lahore to cover the final, but the security arrangements were a bigger concern for the latter. However, Faizan was all praise for Alan and the rest of the guys.

@alanwilkins22 @thePSLt20 thank you.. though it would have been so much better if you guys would have come but we are really thankful ????

Parhlo had been broadcasting the Pakistan Super League’s pre and post discussions with Osama (@ashaqeens), Faizan Najeeb (@mfaizannajeeb) and Ammar. Here’s a link to one of the PSL Parhlo episodes, and you can watch the rest on our youtube channel, also, do NOT forget to subscribe.

With only one episode to go in Parhlo’s PSL-2 campaign, do not forget to watch Faizan, Osama and Ammar on Sunday before and after the Peshawar Zalmi vs Quetta Gladiators final.

It has been a beautiful PSL season, we at Parhlo, would like to thank all the people who made this beautiful campaign possible and hopefully, the final in Lahore will be the showstopper Pakistan deserves! Pakistan Zindabad!

Riz Ahmed And Ali Sethi Collaborated For This New Song Which Also Pays Tribute To Qandeel Baloch!
The Road So Far: Emotional Moments Through Out PSL 2017 Which Played Games With Our Hearts
To Top