In this advanced era of intellect, sometimes it becomes hard for people to distinguish between ‘truth’ and ‘satire’.

Moreover, the satire piece gathered a lot of attention from other local publications. All this, before Humayun Saeed stepped in himself. The satirical storyline was built around Humayun Saeed’s alleged appearance in the upcoming season of ”Money Heist”.

Well, Parhlo’s viral ”Money Heist” satire eventually landed in a positive reply from Humayun Saeed on his official Twitter and it sure is time to ‘go easy’.

Check out how Humayun Saeed responded to the satire!

Relax guys this is just SATIRE. @parhlo team may be you need to go a bit easy

Humayun ‘chilled’ everyone out by reiterating that it’s a ‘SATIRE’. Humayun Saeed wrote that a Pakistani version of ”Money Heist” can be made. While the majority of the public thought it to be true, several leading news outlets also covered the interaction for personal purposes.

Parhlo and Humayun Saeed – a better love story than Humsafar

Agreeing with us, Humayun Saeed replied, ”Baat tou theek hai..” – and to that, we say, JO BAAT HAI!

Even though Parhlo’s content disclaimers clearly stated that the piece was a satire, the intensification of misrepresentation was present. Labeling satire as fake news; no wonder Pakistan’s media industry tracks-back on its work a little too often. 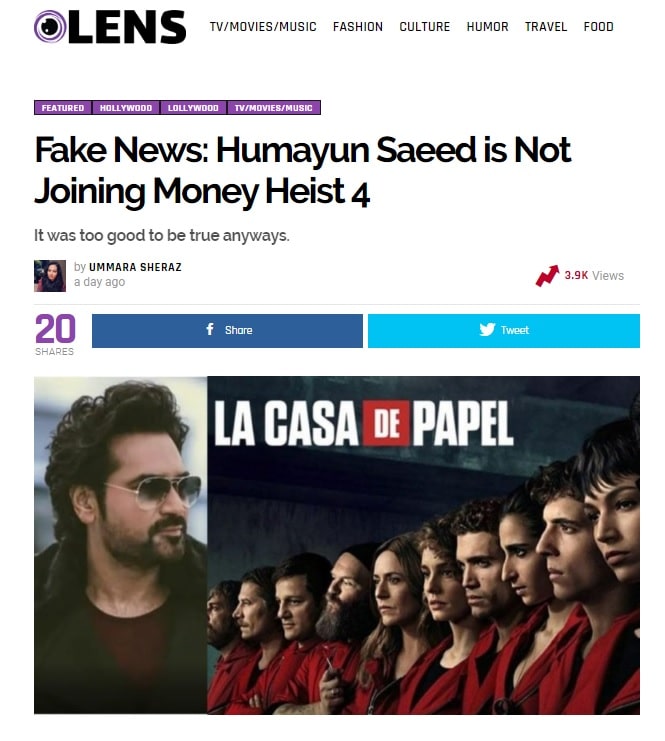 We kinda actually liked what Tribune did, much better. Kudos! 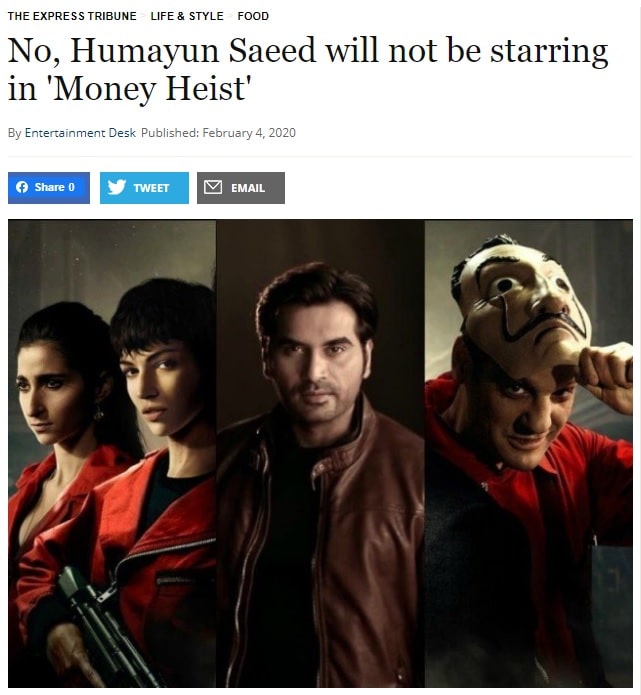 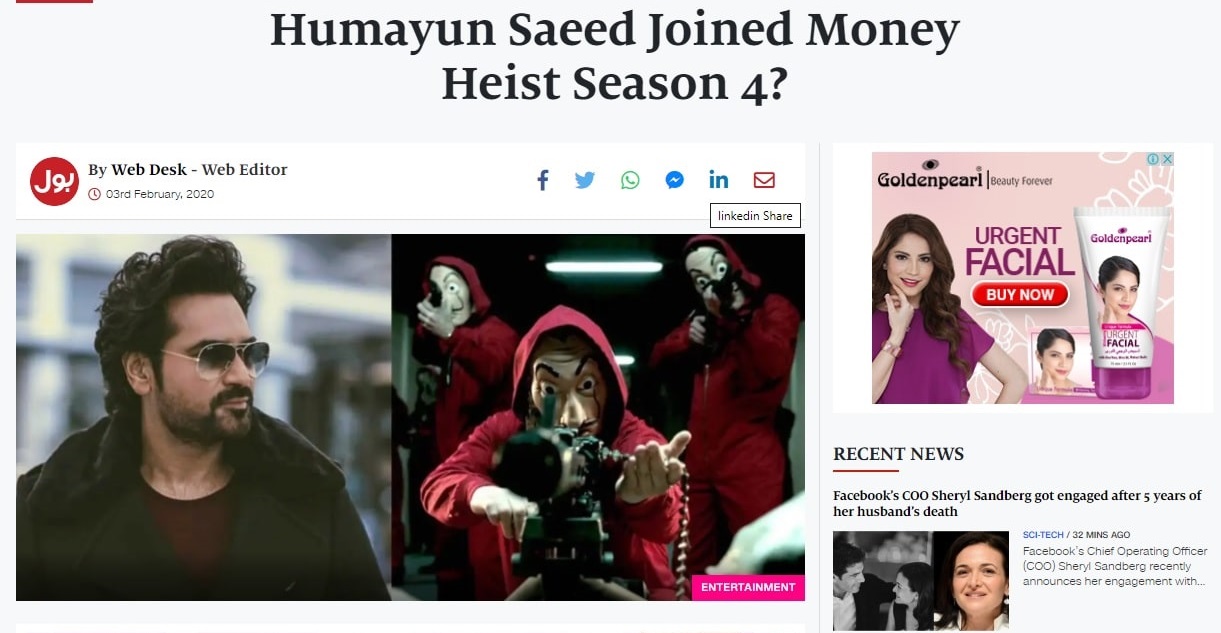 Thank you for the coverage, Images! 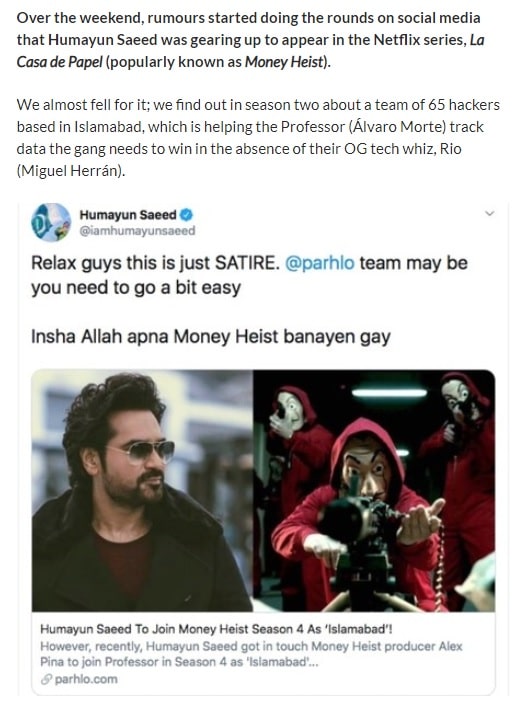 By the way, did you know there were rumors that Detective Comics (DC) was about to sign Humayun Saeed as the next Batman? Just kidding!

Did you read our exclusive satire? Let us know in the comments section below!

Modi To Divert Attention From Kashmir By Stopping Pakistan’s Water!
“Ride with Pride” Revolutionizing The Way Ladies Commute in Lahore!
To Top