Asim Raza is back with a brand new film that has people spinning with excitement. The rom-com style movie along with the regular desi touch is set to be on cinemas in August. Parey Hut Love’s trailer is right here! And here is everything that you need to know about the Pakistani film and its trailer:

The Background And Story:

The trailer kicks off with a shiny, bright, and colorful theme. There’s a wedding going and the scene is full of vibrant vibes. The story line seems like a typical love story that every desi person would fall head over heels for!

It is all about a guy falling in love with a girl that is already engaged. It is a mixture of complex feelings from both parties with catchy songs and an upbeat set-up.

The cast line includes Maya Ali and Sheheryar Munawar as the lead roles. While Nadeem Baig, Hina Dilpazeer, Ahmed Ali Butt, Zara Noor Abbas, and Rachel Viccaji are also in the line-up. Mahira khan is also featured with her jaw-dropping appearance and breathtaking style. Many other actors like Jimmy Khan, Parisheh James, and Zoe Viccaji are also making the Pakistani film what it is through their impressive acting and superb roles. 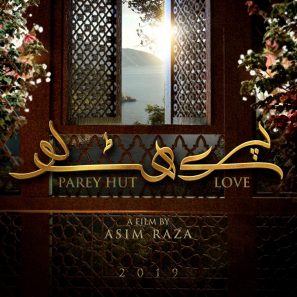 The film is written by Imran Aslam and it has taken inspiration from Four Weddings and a Funeral, which is an old British Film.

Regarding the movie and how it came together, Asim said, “The film is a romantic coming-of-age comedy which has been written by Imran Aslam.” Then he further mentions the grave message behind the movie, “Like Ho Mann Jahaan, Paray Hut Love also talks about some psychological issues faced by the youth today, but in a much lighter perspective.”

People are still curious as to why he chose Sheheryar and Mahira for the movie but Asim clears up such questions with a simple statement, “Both Mahira and Sheheryar are immensely talented and versatile actors. Their characters in the film are completely different from HMJ and their chemistry in the film is something which people have never seen before.”

Considering that Mahira and Sheheryar have worked in about two films together this includes Ho Mann Jahaan and 7 Din Mohabbat In. It is for sure that their chemistry on screen has become like no other. The more comfortable actors seem with each other, the natural their acting remains.

Mahira Khan’s Role In The Film:

The director admits that Mahira might have been in the lead role. However, there were issues. Previously, according to Instep, Asim said, “Yes, the latest on Paray Hut Love is that Maya is playing the lead against Sheheryar,” but then he added, “Mahira is playing a very special part in the film,”

Her special appearance is evident as you can see Mahira is rocking a stunning dress with a beautiful deep red color, in the trailer. Not to mention, the dress seems heavy. Well this is something the actress herself has confirmed. She took to Twitter to mention, “Hahaha.. This dress was so heavy that the gol chakkars gave me chakkars. Thank you,” 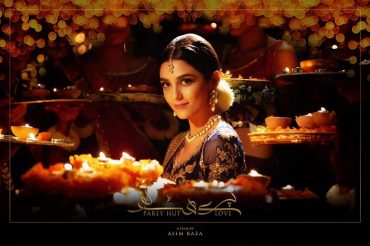 As Mahira’s role is substituted by Maya Ali, here is what Maya has to say regarding her role, “How can anyone say no to Asim Raza, one of the best directors we have.” She expresses her excitement for the movie by adding, “It was like a dream come true when he offered me this film. I am glad to get this opportunity to work with Asim and I will try my best to deliver as per the director’s expectations. I’m looking forward to working with Sheheryar too.” Needless to say, both Mahira and Maya have always been good friends.

Even Fawad Khan will make a cameo appearance as you can see him at the end of the trailer. The sudden appearances of the popular Pakistani celebrities and the remarkable work of the talented cast, everyone is anticipating its release.

Many have responded in a positive way, especially on Youtube regarding the Parey hut Love trailer, but Twitter has exploded as well. People are excited and content with the trailer, yet there are some that are disappointed.

This user believes in the success of the movie, “Parey Hut Love Trailer is so promising with an exceptional star cast. But undoubtedly  Mahira Khan & Fawad Khan ‘s special appearance stole the whole show. Finally Fawad is back. This is gonna be a huge blockbuster”

#PareyHutLove Trailer is so promising with an exceptional star cast. But undoubtedly @TheMahiraKhan & #FawadKhan ‘s special appearance stole the whole show. Finally Fawad is back.
This is gonna be a huge blockbuster ❤

Once again, the trailer has captured another user, “Sara trailer ek taraf aur Mahira Khan ka gol chakkar in red ek taraf. Parey Hut Love is Asims gift to all those who have loved. Loved the trailer!!”

Who doesn’t love Fawad Khan? That man is the nation’s pride, “Anyway, these 5 secs from the trailer made me realise how much i miss this man on screen. Im honestly crying somebody BRING FAWAD BACK PLEASE!!!!”

Anyway, these 5 secs from the trailer made me realise how much i miss this man on screen. Im honestly crying somebody BRING FAWAD BACK PLEASE!!!! ? #PareyHutLove pic.twitter.com/jYPSvyuYIt

Some were utterly disappointed and thought the trailer could’ve been better “Parey Hut Love is another typical kind of Asim Raza’s movie with so much of glitz and glamour and shaadi sequences! P.S Is it important to cast Shehryar in your each movie? That guy doesn’t even know how to act!”

#PareyHutLove is another typical kind of Asim Raza’s movie with so much of glitz and glamour and shaadi sequences! P.S Is it important to cast Shehryar in your each movie? That guy doesn’t even know how to act ! #mayaali

Regardless, the Pakistani film has a promising story line along with enough desi vibes to keep every Pakistani entertained. Moreover, it has the element of drawing people in. just through watching the trailer online you can feel yourself drowning into the catchy colors and quality dialogues. Especially, the last few inspirational words from Fawad can have anyone on their knees. Yet, there are people that believe it doesn’t live up to the hype it is getting. It is true as everyone is the owner of their own opinion so the decision to like the trailer belongs to personal taste as well.

What do you think of the trailer? Is it worth the hype or maybe something is missing? Should people be excited over this? Share your thoughts!

This Pakistani Guy Just Explained How Girls Use ‘Reasons’ To Hurt Guys In Relationships And It’s Hilarious!
DG ISPR Asif Ghafoor Just Trolled Vocal Politician Bushra Gohar And His Savagery Is So On Point!
To Top