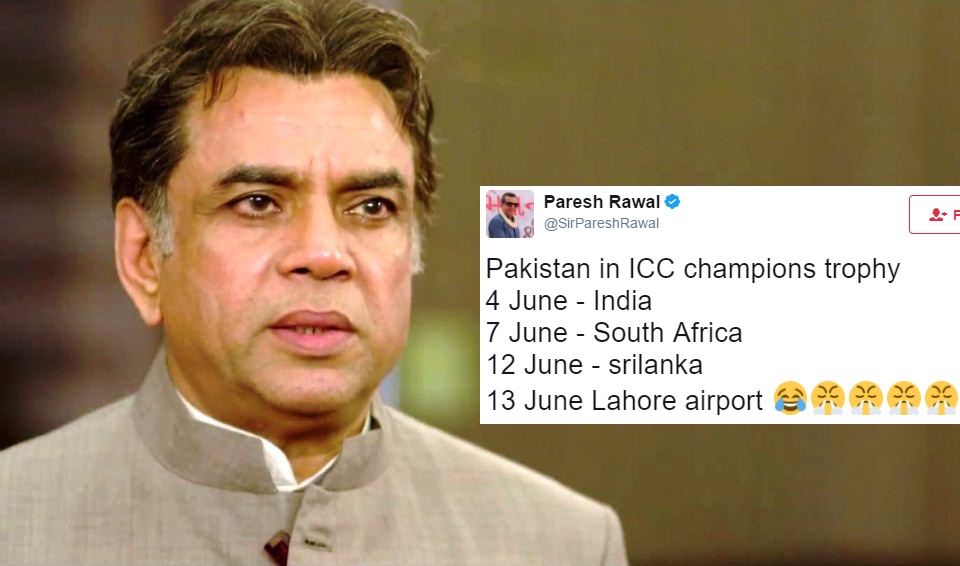 Just recently, there was all sort of confusion whether the legendary actor Paresh Rawal’s statement about working in Pakistani films had any weight or not.

The actor, in an interview, stated how he loves the Pakistani dramas and enjoy watching them. “Yes, I would love to work in Pakistani films and shows. I love all Pakistani TV serials like Humsafar, the way they act, the story, the writing, the language…it’s all good. I feel our shows are boring.”

In all sanity, the actor stated how the entertainers and cricketers are bridging the gap which the two nations have due to political tensions. “I believe that artists and cricketers don’t come and throw bombs. They are not terrorists, rather they bridge the gap between the two countries. But when the mood is not good why rake up issues at that time? It is better to stay with your country.”

Instantly, after a day or so, Paresh made statements which denied the positivity he was trying to spread. 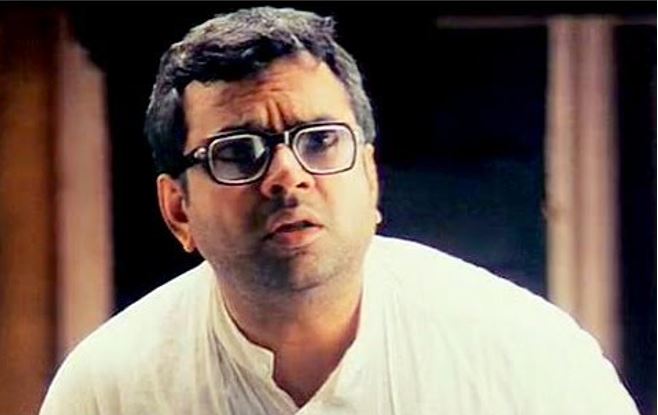 “I never said I want to work in Pakistani films, neither it is my wish. I want to categorically state this. I have been misquoted.” said Paresh Rawal, while making a U-turn in an interview.

Anyway, recently, the actor made a tweet regarding Pakistan cricket which mocked how Sri Lanka will beat Pakistan!

With Pakistanis beating Sri Lanka and qualifying to semis, they obviously had to take digs on the actor’s tweet!

Someone Tried To Be Smart On The Tweet And Was Owned! 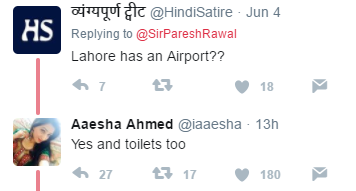 We rescheduled. Fuck you. https://t.co/q5RNfos9CI

When it comes to taking what’s ours, Pakistani know how to do that really, really well. Don’t mess with us, we will make sure to prove you wrong when the time comes. Pakistanis surely reminded Teja jee that by winning the game yesterday!

Shariq Jumani From Columbia University Is In A Critical Condition And Needs Your Help
“If it’s Unwanted, it’s Harassment” – Let’s Discuss Things That Are Not Okay
To Top