Israel continues to bomb Gaza and has halted fuel supplies to the enclave on Thursday in the latest retaliation against firebombs suspended from balloons that have been released from the Palestinian territory.

Tensions have been rising for more than a week. Israel has been accusing Hamas of firing rockets and launching bundles of balloons across the border fitted with incendiary or explosive devices. Moreover, Israel has closed the Karem Abu Salem (Kerem Shalom) goods crossing with the Gaza Strip. It has imposed a ban on fishing off the Gaza coast and staged nightly air raids for seven nights. 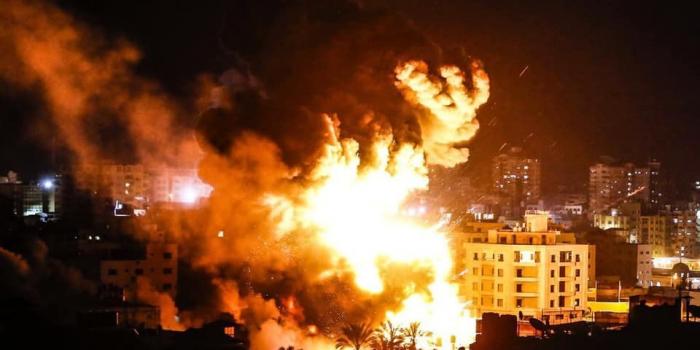 Since 2008, the Palestinian territory has been under an Israeli blockade. The Gaza Strip has a population of two million, and more than half of the population lives in poverty. Moreover, Hamas and Israel have fought three wars since 2008. Despite a ceasefire last year backed by the United Nations, Egypt, and Qatar, the two sides clash unpredictably.

Childhood in Gaza is doubtlessly a real nightmare involving poisoned water, hunger, fear, and endless air attacks. Palestinian children spend most of their childhood hiding from Israeli bombs behind chairs and under tables. 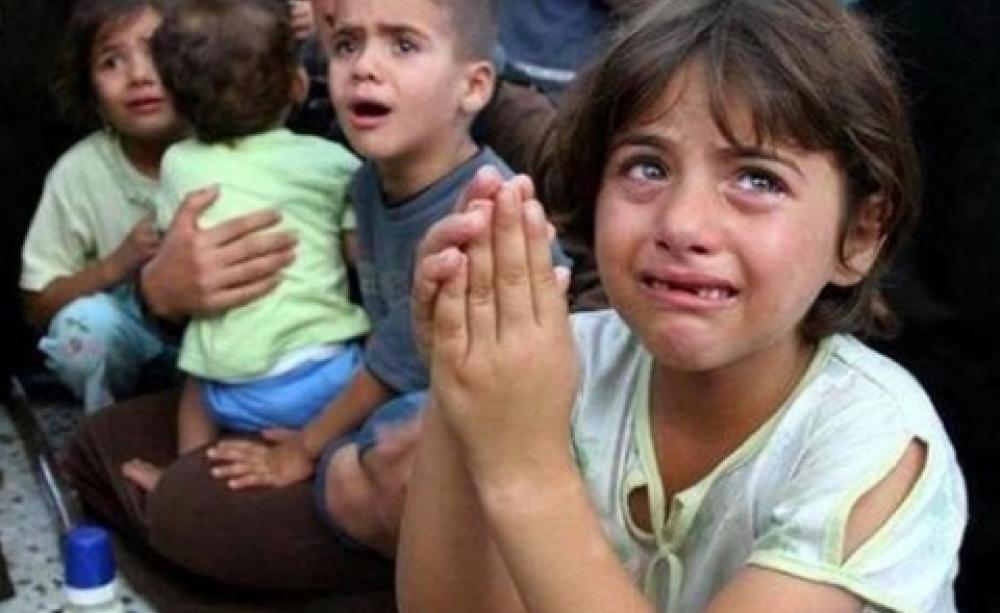 More so, even during the times of ‘peace’, they have to endure horrendous conditions in a place characterized as ‘uninhabitable’ by the United Nations. Israeli warplanes continue to bomb the Gaza Strip for the tenth consecutive night after alleging that Palestinians had fired a rocket into southern Israel.

Recently, a video surfaced on the Internet in which a child is heard saying “Hide me, I’m afraid!” to his mother when the Israeli warplanes attacked near their home. Not only that but in fear of losing his life, the child can also be heard uttering the Shahada.

This what the child said to his mom when the Israeli warplanes attacked near their home!

This is what happening in Gaza since last 10 days.

Israel dropping bombs on Gaza, but this world can't listen sound of explosion or screams of Palestinians.#GazaUnderAttack #PalestinianLivesMatter pic.twitter.com/aH2kFdnQlZ

The child is saying:" I am afraid, hide me." Then he utters the Shahada as he preparing himself to die by #israel rockets.
Imagine if this child is yours and he just waiting his turn to die at the hand of Zionists.#GazaUnderAttack #IsraeliCrimes pic.twitter.com/0R3u0gMYUi

It breaks our heart to see these innocent children imprisoned in a veritable open-air prison, and subject to brutal assaults. The children of this besieged city are grown up in a humanitarian crisis locked off from the world for the last 12 years. Despite all this, the world is silent in the face of Israel’s brutal assaults on Gaza.

Two million Palestinians living in Gaza are a major demographic menace for Israel. As a result, they are kept in subhuman conditions and bombed occasionally. However, somehow, for the so-called international community all and any crimes committed against the Palestinians seem perfectly excusable.

The Palestinian territory has been under a crippling Israeli blockade since 2007, with Israel citing security threats from Hamas for its land, air, and naval blockade.

Pakistan has recently said that it will ‘never’ accept Israel until Palestine is free after Israel signed a deal with the United Arab Emirates (UAE) to normalize bilateral ties. Palestinians have also thanked PM Imran Khan for refusing to recognize Israel.

Wife Attacks Husband With Violent Slaps & Punches For Just Rs30,000 – Man Now Seeks Action Against Her
Murtaza Wahab Trolled After He Takes Credit For A Football Ground Built By Private Stakeholders
To Top