The Foreign Office said that Pakistan has been receiving appreciation by the stakeholders for its role as a facilitator in assisting the continuation of the Afghan peace process.

The peace talk lasted for two days on 8th – 9th July where the attendees had been representatives of Afghan government and Taliban. It took place in Doha, Qatar. Moreover, the talk between the two ended on a positive note where they agreed to halt the disruptions and guarantee the protection of public institutions.

Dr. Muhammad Faisal, The Foreign Office Spokesman, mentions at a press briefing, “Our efforts to facilitate the concerned groups to continue negotiations for an Afghan-led and Afghan-owned solution to the conflict, are getting recognition,”

Not to mention, he also clarifies Pakistan’s role in conducting the Afghan peace process, and included the country as a facilitator. He said, “We repeat, we are playing a facilitatory role and would continue to do that. Our position is nothing more than a politically negotiated intra-Afghan solution to the conflict,” 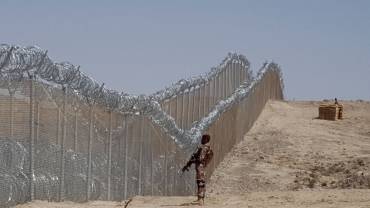 Pakistan has worked for the benefit of Afghanistan multiple times which led it to be the first country to harbor so many Afghan refugees. Furthermore, Pakistan always develops plans for the betterment and education of Afghan individuals as well. So, it is again an impressive thought that Pakistan believes it can serve as a facilitator for the neighboring country’s current political issue as well.

It seems that President Ashraf Ghani had also visited Islamabad to discuss the countries existing ties and on-going issues. Regarding the President’s visit, the Foreign Minister Shah Mehmood Qureshi addressed that the countries are working towards building trust. “For far too long, the vicious circle of mistrust, often fed into by our common enemies, has affected our relationship. The blame game has not helped either of us,” to further add, “It is important to see how much regional countries, such as Pakistan, [are] ready and what kind of help it can provide for peace in Afghanistan,” 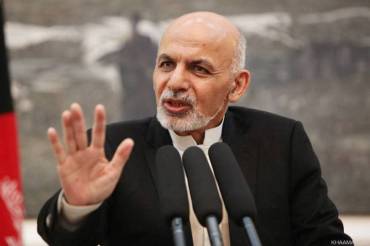 According to the Foreign Office the talks had been in connection with, “The wide-ranging talks between the two sides would focus on strengthening bilateral cooperation in diverse areas – including political, trade, economic, security, peace and reconciliation, education and people-to-people exchanges,”

Despite the continuous efforts from Pakistan’s part to ensure that no negative feelings are kept between the two, Afghanistan is still blaming Pakistan. Additionally, Afghanistan believes that Pakistan is providing shelters to the Taliban that are, in turn, destroying their land. Pakistan keeps on denying these charges and continues to mention that it has nothing to do with sheltering terrorists.

However, the world finds it difficult to believe so, probably because of the stereotypical image of Pakistan. Even though it is a bitter thing to ponder over but Pakistan still wishes to prove itself as a harmless nation.

Hopefully, the conflict sees an end and Pakistan and Afghanistan co-exist in harmony, once again.

What do you think of the situation? Will the crisis between the two countries ever see an end? Share your thoughts!

This Bride From Islamabad Died On Her Wedding Night After Drinking Poisoned Milk And This Is Heartbreaking!
This New TVC Featuring Bushra Ansari as “Dadi Cool” Showcases How You Are Never Too Old
To Top