India’s sudden decision to revoke Article 370 which gives a special status to Kashmir has the entire world on edge. Not only is this revocation selfish and in India’s interests only but it is also stripping away the rights of the Kashmiri people. The citizens of Kashmir have always been the center of a horrendous war, where two nations fought to decide their rights. Moreover, for a good amount of time India has tried to push the blame on Pakistan by mentioning that the country doesn’t wish for the benefit of the region. And has contributed towards the chaos that Kashmir is now. However, there is no way to accept these claims especially after Prime Minister Modi’s orders to rip Kashmir off its well-deserved status. Hence, Pakistan’s response towards India has been strict and severe.

The decision makes the region vulnerable to places all over India where almost anyone from the country can own land within Kashmir now. In a sense, India really is ensuring to wipe out the population of Kashmiri’s through this decision.

Therefore, it is inciting a reaction from Pakistan towards the settlement of the Kashmir issue concerning India and its disrupted ideas. 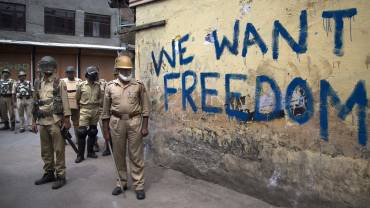 Additionally, most of Kashmir’s population consists of Muslims so that is another reason for PM Modi to take measures that would retain Hindu dominance. This isn’t the conversation on whether which religion is better or right than the next. It is about the genocide and the wipeout of an entire ethnicity. Not to mention, this doesn’t take away from the fact that even Hindu Kashmiri’s are caught up in the disaster and hunt-down of Kashmiris by the Indian soldiers.

Here is a glimpse of a couple of responses that Pakistan has initiated towards India’s unreal and hideous decision:

Pakistan’s government and officials are taking considerable action against India. This includes Pakistan’s Foreign Minister visiting China to discuss the issue. And also gain support from a powerful region. China made sure to back Pakistan up within this crisis by addressing that it needed to be solved according to the UN Charter.

Moreover, Qureshi has confirmed that China will be supporting the country within UN security as well. China’s Foreign Minister Wang Yi said, “The Kashmir issue is a dispute left from the colonial history. It should be properly and peacefully resolved based on the UN Charter, relevant UN Security Council resolutions and bilateral agreement,” These connections are necessary because India’s current decision has been too bold. In the end, Pakistan needs to look into multiple options from various countries to confirm a better chance to grasp the situation.

Help From The U.S:

This is also why Pakistan’s ambassador to the United States Asad Majeed said that President Trump and the U.S have to put in the extra effort. He believes that the U.S has to fulfill its duty to Pakistan and complete its role in the Pakistan-America relationship. 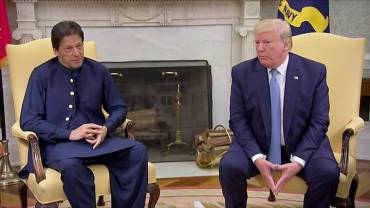 “The US could do and the US must do more to help defuse this situation and to perhaps inject some more sanity on the Indian side,” Khan said. He also added, “Frankly, the US could have made or should have made a stronger statement,”

To top it all off, “As a major proponent of human rights, as the world’s leading democracy and also as the preeminent power today in the world, I think the kind of repression that we are seeing is something that warrants a strong response from the United States.” 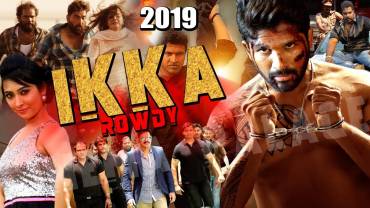 On a lighter note, Pakistan has also banned Indian movies from displaying on Pakistani cinemas. This can serve as a beneficial decision especially because there is a large audience for Indian entertainment in this country. So banning such content altogether can result in a significant loss for India, which is an element that Pakistan is looking for within this crisis.

Pakistan decided to downgrade diplomatic relations with India by cutting off bilateral trade with the country. This has been the most significant of all responses Pakistan has made towards India. The director of the Institute of South Asian Studies at the National University of Singapore Raja Mohan said, “The diplomatic statements on their own mean really nothing,” to then add, “It’s really what happens on the ground that will be far more consequential.” 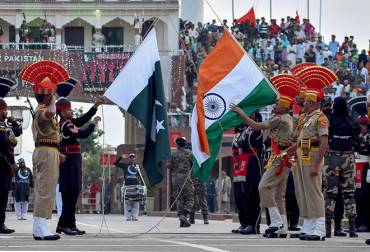 It had been obvious that Pakistan would be compelled to take a heavy decision following the revocation of the Article. The citizens of the country are praising the settlement while India mentions it to be unnecessary. Also, Pakistan is suspending a rail service that connects with India known as the Samjhauta Express.

India believes that the termination of Kashmir’s special status had been an “internal matter”. It isn’t something that Pakistan should take such a decision over. The Ministry of External Affairs said, “Seeking to interfere in that jurisdiction by invoking an alarmist vision of the region will never succeed” However, this seems to be simply coating the issue because it definitely will and can affect Pakistan as well. So it isn’t a matter that concerns India only.

There has been a blackout in Kashmir where people have had difficulty with communication. An individual tweeted regarding the connection issue and expressed his concern by saying, “5 days of communication blackhole in Valley and no news coming in as entire Kashmir continues to remain under siege. The last I spoke to my Mum was Aug 04, 10:50 P.M. Haven’t been able to connect with anyone ever since. Feels like my veins will burst now”

To which Barkha Dutt, Journalist, tweeted back and said, “Open the phone lines. No matter where you stand, what you think, lift this information blockade. It is not humane” India has taken it a few steps ahead by blocking even basic communication channels within Kashmir.

Open the phone lines. No matter where you stand, what you think, lift this information blockade. It is not humane. #Kashmir https://t.co/MpXsD3zRLV

Even Major General Asif took to Twitter again to address the blackout. “Usual blatant lies. An attempt to carve out causes belli for a misadventure to divert world attention from precarious situation & atrocities in IOJ&K. While IOJ&K faces media blackout, AJ&K is open to foreign media & UNMOGIP to visit place of their own choosing. Can you do the same?” Said Ghafoor.

He also mentioned that Pakistan will not be merciful if India keeps this up. The general said, “Should there be an attempt by the Indian Army to undertake any misadventure, Pakistan’s response shall be even stronger than that of 27 Feb 2019” and added, “Thousands of Indian troops have failed to suppress just struggle of brave Kashmiris for decades. Current surge won’t succeed either”

What do you think of the situation? Do you believe that Pakistan’s response to India has been correct? Share your thoughts.

A Bus Hostess For Faisal Movers Was Asked To Sit On A Stool In A Long Journey Which Was Very Insulting!
These Kids Uniting To Make A Pakistani Flag Are Winning Hearts And It Is Absolutely Beautiful!
To Top