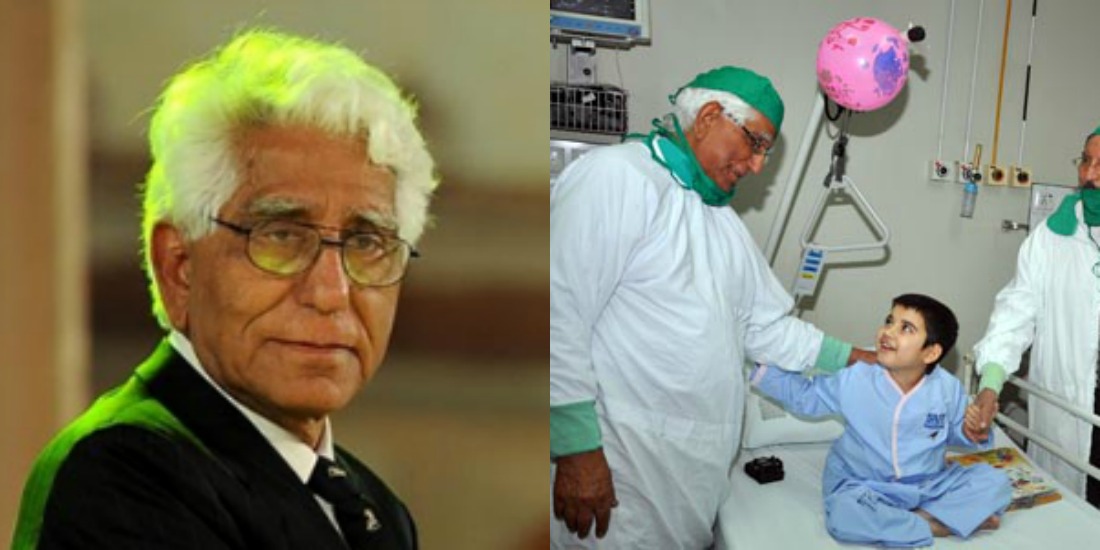 Providing free medical care to hundreds, and now thousands of people, Dr. Adeeb ul Hasan Rizvi, has accomplished what no other doctor has seemed to accomplish in Pakistan. Although, the news is only just now circulating on social media, the actual facts of the event are more than a decade old. Dr Adeeb ul Hasan Rizvi, the head of Sindh Institute of Urology and Transplantation (SIUT), successfully conducted Pakistan’s first liver transplant surgery.

“If one advances confidently in the direction of his dreams, and endeavours to live the life which he has imagined, he will meet with a success unexpected in common hours.” – Eleanor Roosevelt

Dr. Adeeb started off his journey with just an 8-bed ward at Civil Hospital Karachi. A hospital that was established back in 1971, has now grown into a full-fledged institution named as SIUT. For decades, he and his teams worked day and night to establish an institute for urology, and transplantation as there are not many in Pakistan. At some point, the team provided free pre – and post – surgery care. Despite all the odds that he faced in life, he now runs an institute for the poor.

It was in 2003 when Dr Adeeb’s team successfully operated on a six-months-old child and transplanted a piece of liver donated by the child’s uncle. It took him nine hours to do so, requiring assistance from London’s King’s College as well. The baby was suffering from the congenital liver problem, which only occurs in 1 of every 15000 child births. Such a rare case, yet Dr. Adeeb conducted the surgery free of cost.

Only in 2015, he conducted more than 300 transplants and 260,000 dialysis sessions. This and the follow-up treatment has been provided for free. He tries to manage all of this by donations which can even be as low as PKR 50 (less than $ 1).

Although, he receives funding from the government, that alone is not able to cover for the number of surgeries he performs in a month. He needed donations and for that he united all like institutes to come together for the noble cause. However, to bring institutes for organ transplantation seemed to be more difficult than he thought in a land of conservative Muslims. Even today, there is a debate whether Islam allows organ donation and transplantation or not. However, Dr Adeeb ul Hasan Rizvi effectively gained a “go ahead” from clerics and proceeded with his dream.

Camping outside the building of SIUT, there are hundreds of family members whose loved ones are being treated inside by Dr. Adeeb ul Hasan Rizvi. This person believes that every individual has the right of receiving health care, even if they cannot afford it. Before this, people had to travel to different countries, most preferably, to India to treat liver related sicknesses. Hopefully, the legacy of Dr. Adeeb will live on for centuries.

Here Are 10 Rules That Perfectly Elaborate How A Passenger’s Etiquettes Should Be
PM Nawaz Sharif Publicly Attacked Women In PTI Jalsa And It Is So NOT Okay!
To Top