None can deny how hard it is being a Lahore Qalandars fan. Every PSL season, they start off saying that this is their ear. Just like Liverpool fans in Premier League. However, the story for the past 3 years has been quite shambolic.

There many loopholes in the system, team selection, and performances? It goes without saying how bad some of the top players in Cricket are performing. People have already questioned the batting order lately; having a squad full of emphatic batsmen, they still chose to send Umar Akmal and open with him. That sums up Lahore Qalandars’ PSL, so far… 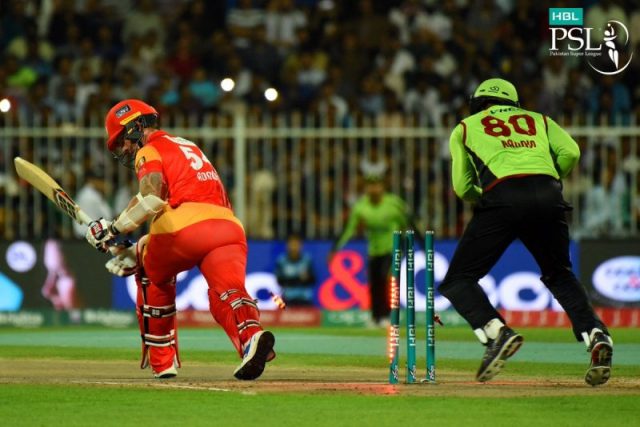 #LQvIU may be the best match of PSL so far… but we can’t get over how Lahore Qalandars gave that way!

Victory was in their hands. They were gradually cruising towards it until a bunch of their players absolutely showed a reckless attitude and as they crashed, they took their team along. Having a strong position for the most part of the game, Lahore still managed to take it in the super over and this is where everything came crashing down for them.

How can we miss out on the best Twitter moments from last night?

As Lahore got defeated, YET AGAIN, many reactions followed and all chose to roast the life out of them. Enjoy!

Prior to the match

Me to Lahore Qalandars pic.twitter.com/0vhJOQDOWf

People can be so creative, seriously!

We are sure it never happened because Lahore Qalandars… nevermind

Wouldn't be surprised if Lahore Qalandar was a social experiment to see how long someone can support a team without killing himself.

Lahore has McCullum, Narine & Fakhar but they send Umar Akmal as opener, this team is a complete joke.

Just come back to Lahore

Umar Akmal plz come back to lahore and drive uber.

Time to sit in the dark and contemplate the decisions that led me into supporting Lahore Qalandars. Goodbye. Goodnight. Dil ro raha hai mera.

There are many games left in PSL 3. However, chances of Lahore making a turn around are still remote. They are yet to win a match this season of PSL and their performances have consistently put every Lahori to shame. If you are a Lahore Qalandars fan, share your sentiments with us…

Simple Ways of Reversing Coronary Disease and Preventing Heart Attack – ‘Clinton’s Diet Model’
[QUIZ] – According to Your Zodiac, Here is the Creepiest Thing about You!
To Top