After being attacked mercilessly by India few days ago Pakistanis were absolutely dejected. Losing all hopes in their teams they had no expectations in the match against South Africa but being the unpredictable team Pakistan is, it lived up to its name and outdid themselves and everyone else. They won against the number 1 ODI team being the number 8 ODI team. In fact, they didn’t only win, they performed amazingly in all three departments.

WHICH TEAM WAS THAT?

This definitely wasn’t the team we saw against India. This was entirely different, the enthusiasm, the passion, the body language and the energy, all of it was in there which was entirely missing in the game against India. It came to all of us as a shock.

Even the fielding was great

That was one of the best fielding performances by Pakistan for many years. Took all their catches & brilliant ground-fielding #CT17 #PAKvSA

Our boys were fielding like their lives depended on it. It actually felt nice seeing them put all the efforts and not dropping catches. Yes it is a great sight for a Pakistani fans when catches aren’t dropped by our team.

And they didn’t even do anything to improve

Journalist: What did you do to improve fielding?
Sarfaraz: We actually did nothing because rain didn't allow us full practice yesterday.

Well how about doing nothing before every game?

The return of great swing bowling 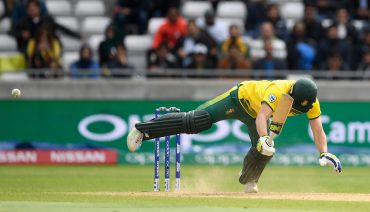 Seeing Amir, Junaid and Hasan Ali bowl last night was a treat. From bouncers to toe cracking swinging yorkers everything was perfect, that bowling attack had everything it takes to be one of the best pace attacks in the world. The boys told the world that this is the bowling Pakistan team is known for.

What a yorker that was from Mohammad Amir #PAKvSA #CT17 pic.twitter.com/lD7zgBR7kL

The game gave us new stars 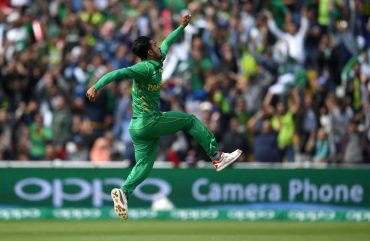 Pakistan was lead to victory by a team effort but the youngsters outshone. Hasan Ali and Fakhar Zaman were remarkable. Hasan Ali’s in particular was something beyond everyone’s expectations and he did everything right. Took 3 wickets in 8 overs giving away just 24 runs. And Fakhar Zaman looked promising with the bat as well.

How beautiful was this

What a ball that was from Hasan Ali to Wayne Parnell #CT17 #PAKvSA pic.twitter.com/WqPpx5FYnL

And he also did a great job in fielding

Pakistan bounced back after the defeat from India and showed us:

Pakistanis are happy and shocked but they all have one question, where was this performance against India?

This Clip Involving Hassan Ali and Imad Wasim Is The Cutest Thing You’ll See Today!
Friends Of This Guy From Quetta Think He Shares Striking Resemblance With Vin Diesel!
To Top