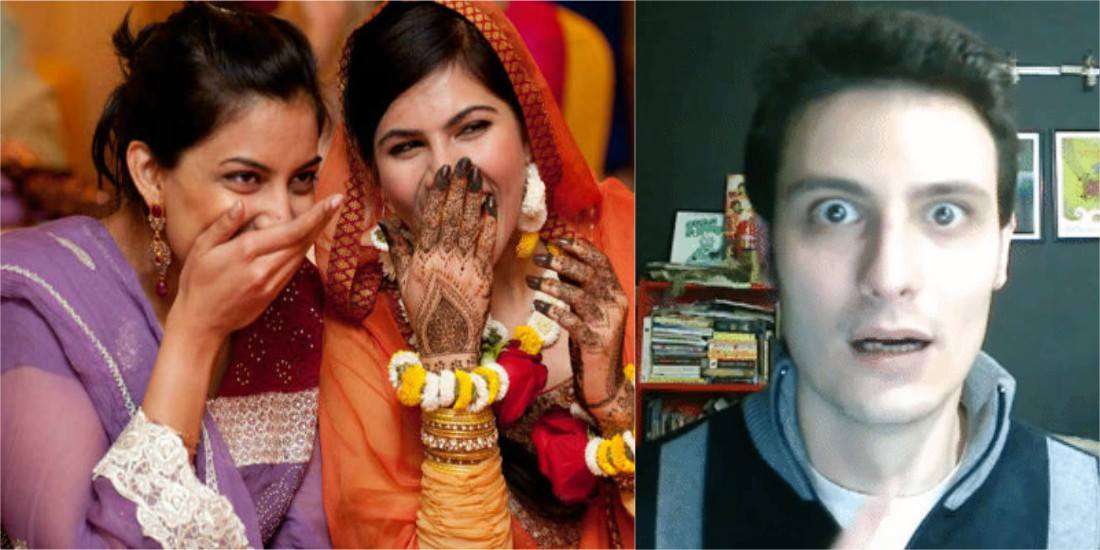 Kissing/making out in public is a crime in Pakistan. Because “Islami Jamhooria Pakistan” astagfarrr!!! How can you even talk about it?! Let’s just face it, people kiss and there’s no shame in it but that doesn’t mean you go flaring your kisses in public. Chances are, you might get caught by a cop and the next thing you know, you are paying a very heavy price just for a kiss.

We asked people what were their reactions were when they saw someone making out or kissing or both. Hehe, 😀 Answers were hilarious and there were roars of laughter everywhere. From catching their teachers to their own siblings, this couldn’t get any awkward and ugly. Trust us, you wouldn’t want to miss this by any chance.

2.”I thought: It’s cool. At least they’re not beating each other up to a pulp.”

3.”Still I remember my dad pulled me off, they were kissing and I was wondering what is such you eat with lips that closely tucked”

6.”Depends on the gender, Girl on girl kissing- I appreciate, Girl n boy – neutral, Boy and boy- I almost puked when I saw it the first time in the city”

8. “Burnt Inside. But pretended to be happy for them”

9. “I entered an institute for enrollment with my father many years back, and a couple kissed right in front of us.”

I was in shock and awe, and my father said: “beta, idhar he ana hai?”… I couldn’t say yes.

10. “I didn’t get what is happening at first and then I ignored, it was awkward ’cause the guy was my brother. :|”

Not just that but there were many other reactions which got us to have fits of laughter. As always, there were some “mujhy anday wala burger” comments as well because you can expect anything from the internet. All those curious kids watching something of this sort for the first time, still seem curious about it. 😀

Do you know someone who has encountered such an awkward moment or have YOU witnessed any such incidents? Or maybe… you, yourself, were caught in the act? Share with us in the comments below. Tag your friends for more fun time.