Thanking Zainab Abbas For Their Victory Against South Africa 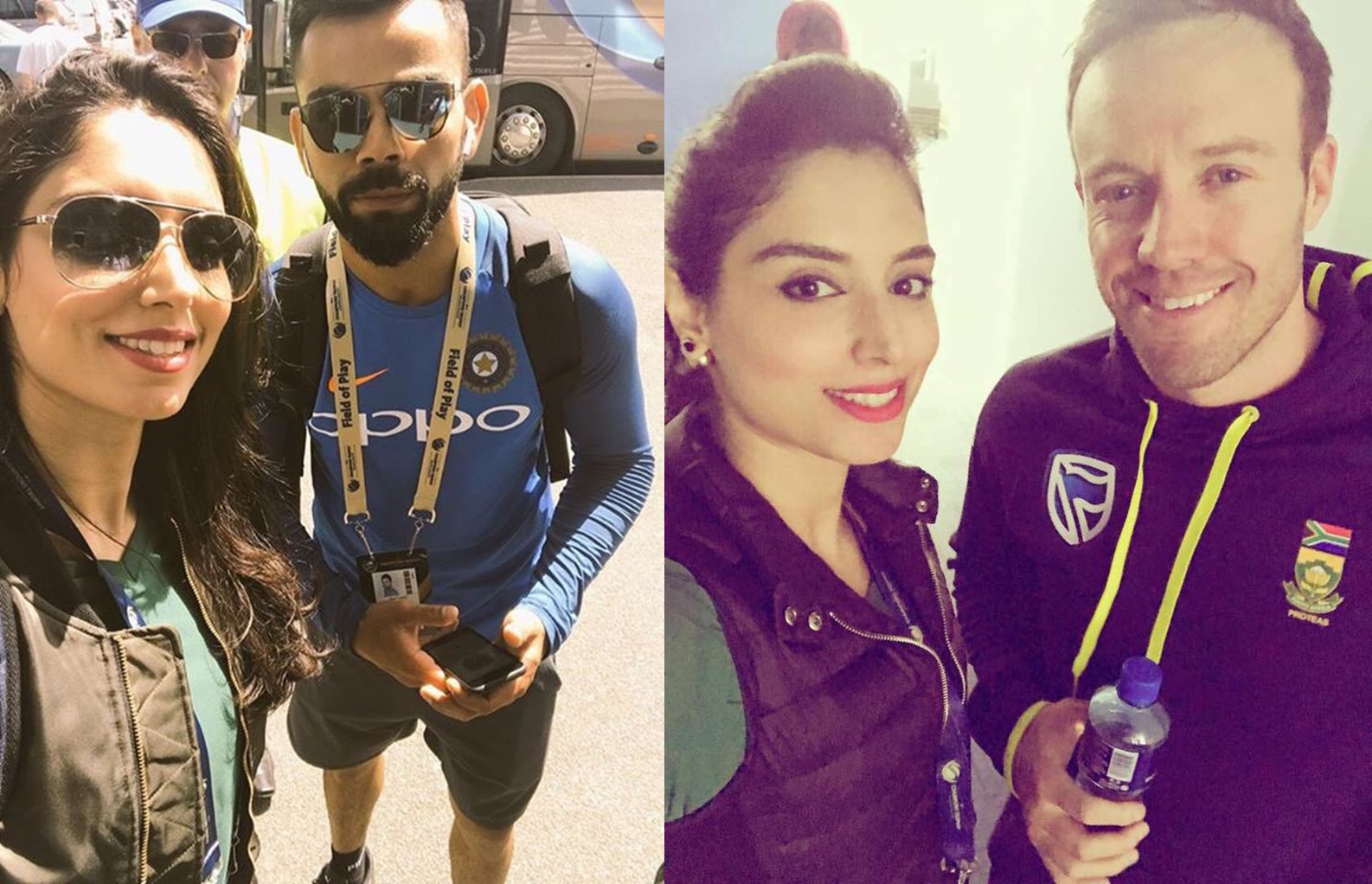 Not all heroes wear capes, some just grab a mic and interview people. Zainab Abbas is the perfect example of such a hero. Zainab, a sports analyst and tv presenter posted a picture with AB de Villiers prior to the Pakistan vs South Africa game with the caption “Told him to go easy on us tomorrow”. AB took it quite seriously and got out on a duck.

Told him to go easy on us tomorrow 🙏🏻 AB the man! #ABdeVilliers #PAKvSA

Here is what Pakistanis are thinking

@ZAbbasOfficial ABD is such a gentleman. He listened to your words! 😀

He truly is a gentleman, but then again it’s not him it’s our hero Zainab.

There is a new hero in town.

It wasn’t just AB, she also posted a picture with Kohli. And Kohli went out for a duck as well in today’s game against Sri Lanka. Co-incidence? We think not. Before you go on to call Zainab a curse, she in fact is a good luck charm for Pakistan and PCB needs to arrange selfie sessions with every member of the opponent team. Crown filter selfies perhaps, just to make sure.

And she deserves all the appreciation

It’s not every day you see AB going out on a duck. But he did, only because Zainab said so.

Some people were confused who the hero was.

The selfies have some magical powers beyond our comprehension

We don’t know yet. We don’t know how Zainab does it, getting the top batsmen out on a duck. But we believe it and not everything deserves an explanation. Just close your eyes and have faith in Zainab for the next match.

Starting a petition to ensure @ZAbbasOfficial stays away from all the other Indian batsmen during ICC events.

ICC should ensure that Zainab has a selfie with each and every player.

Even the hero is ready for the next game.

Yes Zainab, we have our hopes tied to you. Don’t let us down. Best of luck for the next game, keep the selfie game strong.

This IBA Student Has The Ultimate Secret Of Having Strong And Lustrous Hair
Indian Model Gauhar Khan Was Called a ‘Pakistani’ and Here’s How She Dealt with the Social Media Troll!
To Top