The ongoing test series between Pakistan and Australia in Brisbane has cricket fans all pumped up globally. Among other players the Pakistan Cricket Team possesses, the newly appointed T20 captain Babar Azam is surely making an exception. In recent news, yet again, the skilled Babar Azam has hit another century in today’s match and the nation can’t stop praising him.

Babar Azam in ‘hail’ after scoring another amazing century!

Undoubtedly, the young captain deserves every ounce of respect and appreciation for his sincere and solo dedication. Certainly, last week, the Rawalpindi Express Shoaib Akhtar also praised Babar Azam for his solo efforts against Australia. Not putting anyone down and living up to the expectations, Babar Azam is yet again gathering praises from Pakistanis for making another century to his name. 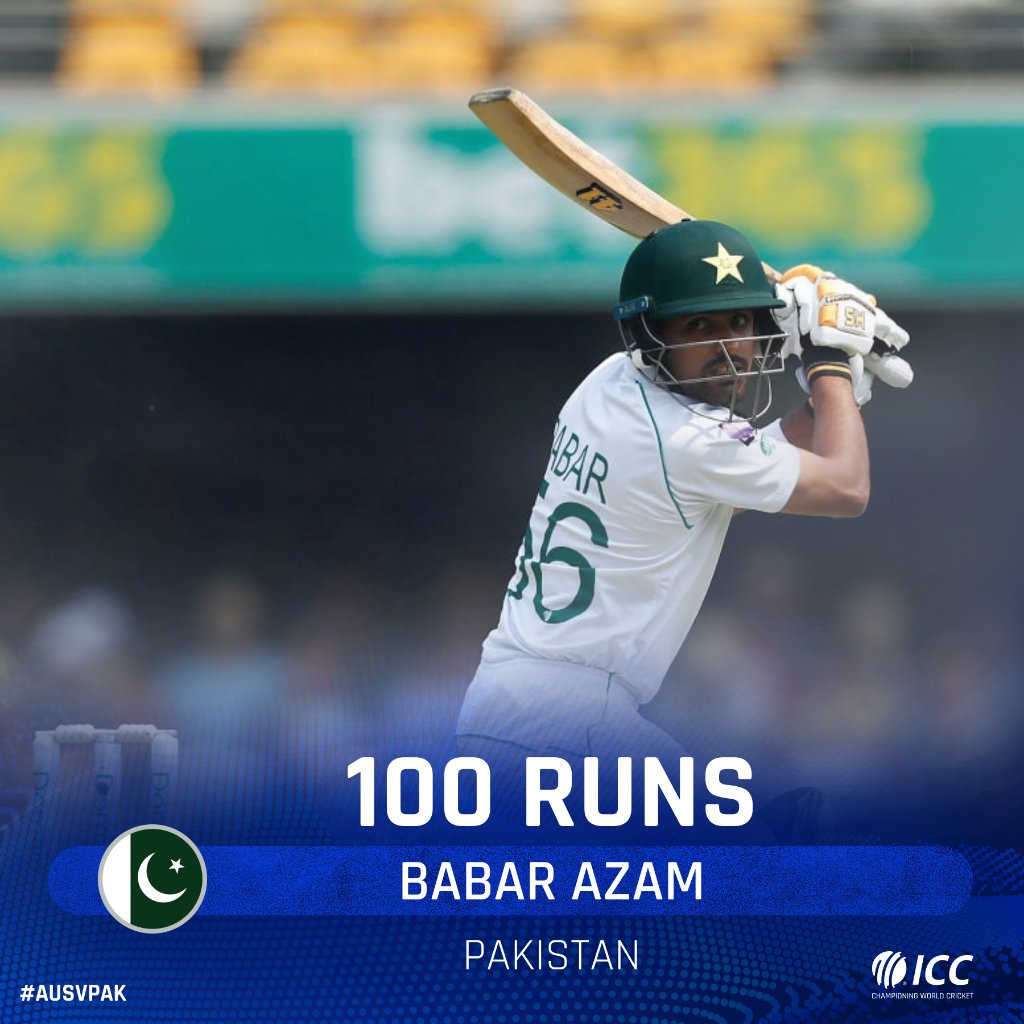 Happening in Brisbane’s ‘The Gabba’ stadium, the nail-biting battle against the Aussies ended in vain for Pakistan. Before the start of the fourth-day game, Pakistan was 340 runs behind Australia as the team’s performance fell short. However, instead of making sheer efforts to enhance winning chances, unfortunately, Pakistan started losing wickets early.

Babar Azam and his effect on Pakistani cricket lovers!

Soon after the match began, cricket fans were disappointed but eagerly waited for Babar Azam to showcase his talent. Apparently, the cricketer’s true efforts yet again got him a century after sharing the pitch with two other teammates. A splendid hundred came in from Babar Azam, while his earlier partner Shan Masood went off at 62 runs and later Mohammad Rizwan stood till 132 runs.

While the Pakistan Cricket team was struggling to maintain the momentum, Australia seemed confident. Particularly, it can’t be denied that the Aussies played wonderfully and their attack came in strong. However, currently, Pakistanis can’t stop drooling over Babar Azam’s phenomenal 100 runs against Australia which is his first-ever in the country and second in the series.

Babar Azam sure made Sunday a lot better for Pakistan!

Pictures of the day 😍💓

What a Sunday for ours 😍.Cannot get better than this 😍

Cannot thanks Allah enough to have this gem batsman in our country 💓
#PAKvsAUS #babarazam pic.twitter.com/MTpdKHpGIx

Yeah! Gonna tell my kids for sure!

Gonna tell my kids i woke up at 5 am just to watch him bat and he scored a hundred at Gabba Babar Azam u have made this Sunday memorable for me nothing could've been better than this one ❤❤#babarazam pic.twitter.com/UZ0nMpaBrg

Nothing can beat the classical Babar Azam!

Been all around the world aint gonna lie.. there is nothing like #babarazam innings.😍#PAKvAUS pic.twitter.com/kmjcDDeqMx

A time to cheer!

Yeeeaaahhh🙌🙌❤❤
Another century by Mr Consistent the one and only Babar Classy Azam😍
Well played Legend…. More power to you Dear💞
Now………turn it into big one In Sha Allah💪#PakistanZindabad #BabarAzam#AUSvPAK pic.twitter.com/faxuT8p2m7

What do you think of the series? Let us know in the comments section below!