Twitter was lit last night after the match between defending PSL champions Islamabad United and Karachi Kings, primarily because Kings bagged their first victory in this season’s PSL.

Karachi Kings is having a disappointing season so far, to be honest. Their fans are appalled by the shambolic defeats they settle for a week in and out.

It is the most expensive team of PSL with the most decorated players. The likes of Kumar Sangakara, Mohammad Amir, Ravi Bopara, Chris Gayle, Shoaib Malik and alike make Karachi Kings look like a feared side. But it is going down the drain after some of the renowned players have failed to perform up to the mark, especially Chris Gayle. 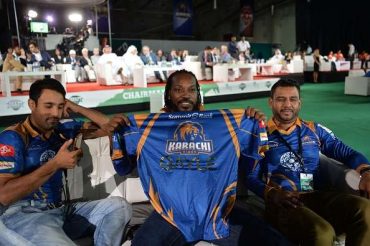 However, Karachi had their first win last night. It came after a nail-biting clash with Islamabad United that often was disrupted by rain. Due to rain, the game was initially reduced to first 18 overs and eventually to 13 overs. Both teams had to revise their plans in accordance with the new order. 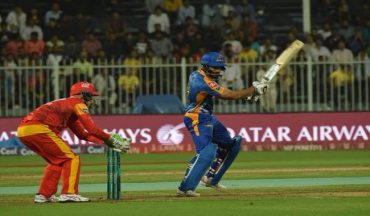 Karachi began with a firm start. Bowlers outshined and delivered some of the best bowling this tournament has ever seen. Islamabad United was grabbed by the neck and was denied space every time they sought to break through.

Hard to mention that Karachi’s victory came off of the rain because their bowling was stern and kept United silent. In fact, after the rain, it was raining wickets in Sharjah after United-batsmen saw the pavilion so quickly.

Not to forget Babar Azam’s incredible batting. He was in fact the man of the match last night. 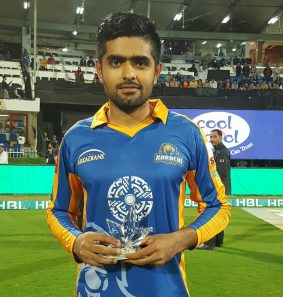 In the thick of it, people were having crazy fun on social media. Some of the hilarious jokes were passed and a crazy environment of banter was set, which we all enjoyed.

Here are Pakistani people at their very best…

Anyone know what happening in #IUvKK game? I no able to see TV screen properly from here. #PSL2017 #KKvIU pic.twitter.com/AsKz5Xz2xJ

THESE PEOPLE HAVE SOME SENSE OF HUMOR!

Their reactions are perfectly timed and they seem to comprehend towards what particularly is meant to trigger our emotions. Safe to say, any match is incomplete without the crazy trolls our beloved Pakistanis do.

Karachi Kings will meet Peshawar Zalmi on Sunday. Let’s hope for a similar performance by them.