It has almost been 2 days since the news of Zainab’s kidnapping, rape, and murdering broke. The vile incident led to an outrage on both, the media and in Kasur. Hundreds of men and women came out to seek justice for what happened with Zainab. The citizens of Kasur were demanding justice – they protested outside the police station in order to plea the authorities to take some stern actions in finding the culprit.

#JusticeForZainab Don't make Kasur another model Town. Right now, every father is scared for his children in Punjab. Protest is their democratic right. Don't use dictatorship and shoot protesters. pic.twitter.com/oSGPgyQCci

The nationwide outrage caused the authorities to take some actions – CCTV footages were found where Zainab was last seen with a man.

This is CCTV footage of the Butcher who apparently rapped and murdered innocent Zainab.

What you and your police waiting for @CMShehbaz now?#JusticeForZainab pic.twitter.com/pwjPnpKU6g

2 and making it controversial. Watching little Zainab on CCTV holding hands w the Monster who lead to her abuse and death should be a grim warning to this lobby about the dangers of not teaching our kids about the monsters amongst us #JusticeForZainab

However, the work by authorities indeed wasn’t fast enough!

Had CCTV footage been followed up fast Zainab perhaps could have been found in time. Could we look into why the police was unable 2 follow through? Carry out searches? Why it took the villagers 2 get the footage & find the body? Hello? Kasur Police Failed our children repeatedly

Who knew there was an animal hidden in that man!

The CCTV footage clearly shows that the person who took Zainab away was someone she knew/trusted since she was comfortably walking away with him. He might be her relative plz do take care of your children and don't let them trust anyone blindly #JusticeForZainab

After a few hours had gone by, a sketch was released by the police, ascertaining the man who was last seen with Zainab.

The sketch of the man was released to the masses so they may contribute towards the arresting the vile animal who did this to Zainab.

Here’s the Sketch they Released 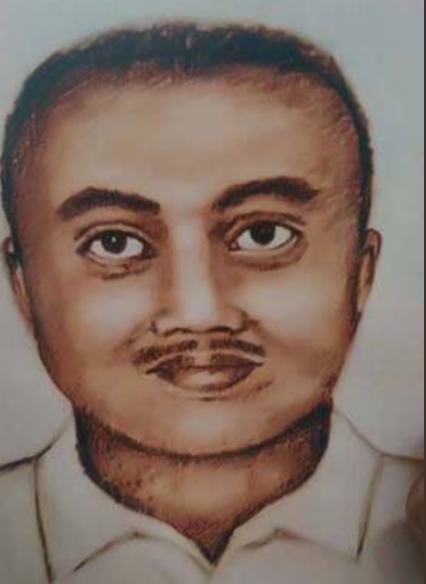 While watching the CCTV footage, one can notice how the sketch does not seem the same as the individual last seen with Zainab.

While the Forces Failed to Notice That, Pakistanis Drew Proper Analysis to Make their Jobs Easier

Horrible to See this!

Big difference between the sketch and the CCTV footage They are either trying to cover something up or they are just painfully incompetent.#JusticeForZainab pic.twitter.com/Q99bTA0BPg

Later, They Noticed How the Sketch Was NOT Accurate

Is It Really a Coverup?

Wow. The forensic sketch looks nothing like the guy in the CCTV footage. The sketch doesn't even have a beard.

This is hopeless. Nothing will happen. The fucking police knows just who it is and is protecting him.#JusticeForZainab

It would appear the sketch is a diversion from real culprit seen on the CCTV image – he has a beard and completely different. So on what did the police base the sketch? https://t.co/o2H32PhgEL

It is indeed sad to see how the police once failed to their job when Zainab was kidnapped and now they are doing the same – nothing to find the man who may have done this to her.

Let’s just wait for the Punjab Police to take serious actions and realize that this matter is way serious than the way they are treating it!