While many countries might be traumatized with flying insects swarming from the horizon and blackening the sky,  Pakistanis find locust attacks mesmerizing and delicious. Why? The answer is simple every Pakistani at heart is a major foodie and the best way to battle locust attacks is by feasting on them.

Locust a.k.a Tiddi in Urdu is a flying-insect much like the grasshopper, which is considered as the main ingredient in many cross-cultural cuisines of many countries like Thailand, Mexico, China, and even Pakistan, here are some of the most popular Locust delicacies, due to the recent Locust attack in Karachi.

Biryani is the traditional and hot favorite food of every household in Pakistan, ranging from Sindhi Biryani, Bombay Biryani, Vegetable Biryani, etc. but what blows our mind is the twisted idea of Tiddi Biryani.

That’s right, Tiddi Biryani is a traditional trendy, dish which infuses spices and herbs with the flying-prawn of the sky. Tiddi Biryani is an all-time favorite and a food delight in different cities of Sindh, especially Larkana and Thar. 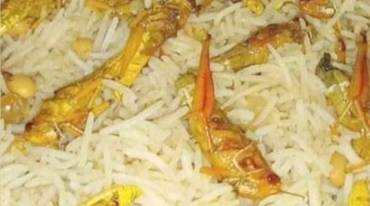 If the idea of Tiddi Biryani wasn’t mesmerizing enough, the next thrilling dish on the menu is Tiddi Karahi. Tiddi Karahi has been one of the oldest and original dishes commonly found in the Thar district of Sindh. This dish has quite a refreshing and tarty taste as its melded with traditional spices and herbs. The addition of baked flatbread (Naan) just makes it more mouthwatering for consumption. 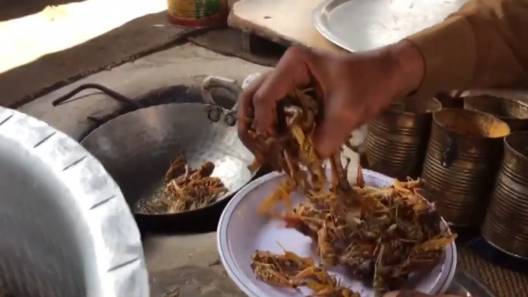 Quran has also described resurrection day using locusts analogy. While the trend of Tiddi Delights is new and thrilling especially for people in the urban cities there are many questions to think on? One being will hunger derive humanity towards insect infused foods or will we all turn vegan in the coming future? That is still a mystery till then why not grab a plate and try these dishes out.