Pakistani Celebrities and the Rest have Accepted the #PadmanChallenge and People are Finding it Weird!

Lower your voice if you are talking about mensuration or periods to an extent where the other person could even hardly hear you. At this point in time, where everything is being talked about in the world, we decide to stay quiet on this natural process because it’s not less than a nuclear weapon that no one should know about. But, to break the stereotypes, a number of Pakistani celebrities expressed their view on it through their tweets that needs much attention. 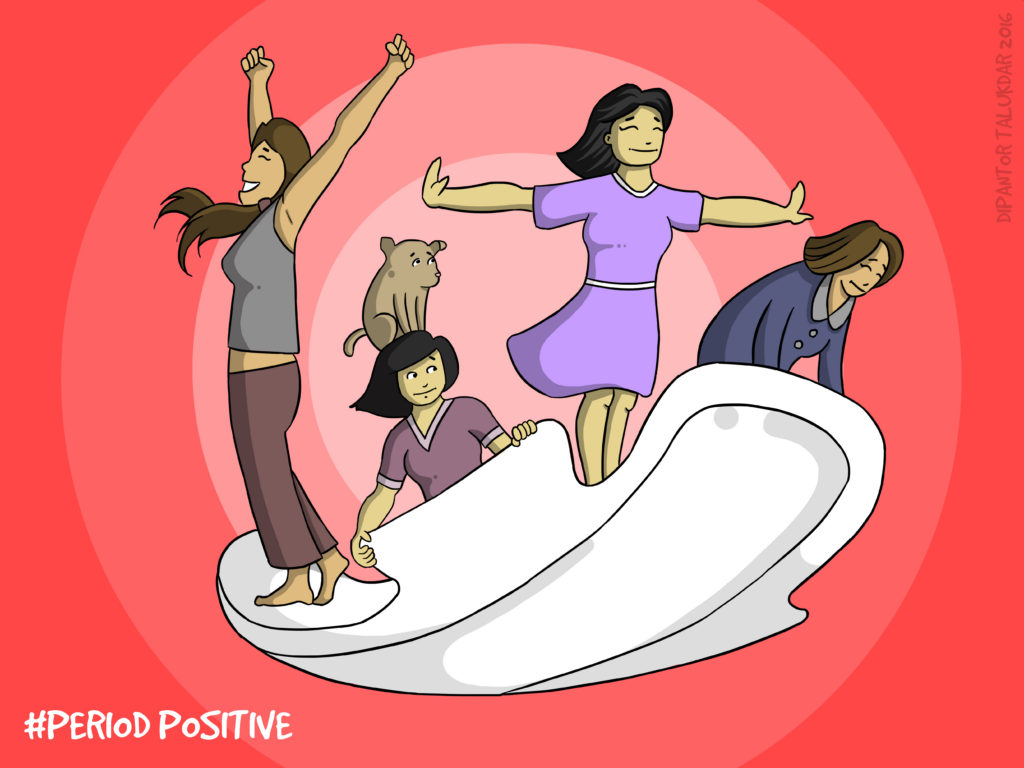 The debate on mensuration sparked when the trailer of the movie “PadMan” became viral due to its subject. There were fewer people who appreciated the film while all the others were angry as to why a thing, that everyone already knows about, has been made a film on. To change this bogus mindset, a challenge was started by Sonam Kapoor named padman challenge where she held a pad in her hand and captioned it:

I accept your #padmanchallenge Yes that’s a Pad in my hand & I don’t feel weird. It’s natural, Period!‬ ‪Copy, Paste this & Challenge your friends to take a photo with a Pad!‬ ‪Here I am Challenging @jacquelinef143 @arjunkapoor @reallyswara”.

Till now, almost everyone in the B-town has accepted this challenge happily and now, this has reached across the border where our celebrities are also doing it.

More and more people jumped on the bandwagon

The news of PadMan getting banned in Pakistan made many celebrities unhappy with the fact that the reason given for not issuing the NOC was not legit. As per the Federal Censor Board, the topic of the film is a taboo that doesn’t abide by the Islamic traditions, history, and culture. To support the film, our celebrities took to Twitter and expressed how it time that we elevate our thoughts and don’t consider it as something wrong because it’s not.

So our Censor Board allowed Padmavat which portrays Sultan Allaudin Khilji as a nymphomaniac barbarian & banned #Padman which gives much needed awareness abt menstrual hygiene! I am known as a wannabe Mullah & even i find it pathetic… Grow up Censor Board!

Periods. What’s the big deal people? 🤔The entire female population gets them including mother, sisters and daughters. They are as natural as the changing of the seasons. Let’s not make a big deal out of it. No need to ban films. They happen. Period.

Okay so I watched #padman today. I swear, it’s one of the best films to come out of Bollywood. The film is more about dreams, about helping humanity and making ones country great. Everything else was secondary. It actually tackled the subject of “shame.” Amazing! Amazing!

Sanam was also part of it!

A man changed the lives of women across India, he made them aware of their unhygienic practices. He found a way to provide them with affordable sanitary napkins. But let’s not share that story because it has something to do with #MenstrualHygiene. Tobah! # padman #menstrualman

#PADMAN banned in #Pakistan. Why do we only support commercial films and not the other type of cinema? Menstruation isn't something to be ashamed of. And according to my knowledge, this films deals in an informative way to create awareness. #noshame #menstruation @akshaykumar

Their tweets kept getting criticism but that didn’t let them take their words back. Seems like there are more stars who would also speak on this issue sometime soon. However, it was not just the stars who protested on uplifting the ban. The mango people also spoke up and started sending pads to the censor board.

Maybe, it’s really time that we stop period shaming woman because it’s a natural thing that happens to them, there is nothing evil attached to it. Many of us only have limited information on the topic because we were never allowed to inquire more but isn’t it wrong to keep everyone in dark regarding something that Allah was instilled in them. If you liked the article then like, share and comment down below to give us your feedback.

Read Also: Instead Of Making “Periods” A Taboo, Let’s Educate And Facilitate Our Daughters!