Having the recent events in mind, the United Kingdom has been the target of racism, observing how there was an active activity of acid thrown on the Muslim minorities. A country which houses a large population of Muslims alongside other races, the recent events shocked many.

Something like this is what happened with Pakistani actress Nadia Jamil who is currently living in England. 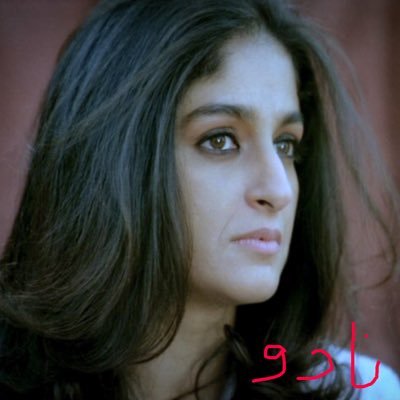 The actress who was born in England and spent a major fraction of her life in the country was asked to leave the British restaurant after not entertaining her properly. Nadia, who was there with her father, was disrespected and she shared the incident on Twitter.

Nadia Shared Additional Information when her Friends and Fans Inquired

At the corner of Market Square Cambridge. DON PASQUALE. pic.twitter.com/2mO1eYRlgy

The restaurant first did not offer menus to the duo and after giving them the menus, they informed the two Muslims customers they will not be given any food, according to Nadia. Therefore, Nadia and her father were asked to leave the restaurant.

What story do they have for refusing to give us menus & service then snatching menus. Acha why argue Yasser Putar. Go eat & enjoy. Rabrakha?

The man screaming at us did scream that his bosses daughters were working there that day! Why I needed to know this. I don't know. Lol ? uff

Nadia was Equally Surprised, Given How Something Like this Does Not Happen in England

I was born in the Uk. I grew up here. Took my A levels here. A first for me also.

On the Other Hand, the Resturant has Denied any such Activity

Don't believe all you read on Twitter. We did not refuse service @NJLahori. We welcome all

To Which, Nadia Also Responded in a very Humble Manner

You refused to give us a menu 🙁 then you refused to serve us. Finally u snatched the menus out of our hands and told us to leave screamed.

This Led to People Questioning the Honesty of Pakistani Actress, to Which she Continued Defending in a Polite Manner

My fans, friends and family know I never lie & I am most forgiving & respectful. By 4 my old father to be screamed at like this. Horrifying

Due to the Humiliation, Nadia now Demands an Apology!

No misunderstanding. I want an apology for public humiliation for my dad. Don't care what they say to me

Seeing how there is so much hate in the world, specifically to one race, what Nadia may have gone through makes sense. The recent events highlight how there may be hate against the Muslim race in the British society. Everything aside, the eatery needs to clarify the situation because Nadia has mentioned her side of the story without any hesitation.

In a country which hosts Muslims in such a vast majority, this indeed is a shocking incident!

This Is What Happens When You Decide To Become A Psychologist In Pakistan
Can You Guess the Actor Who Will be Seen Dressed as a Woman In this Telefilm?
To Top