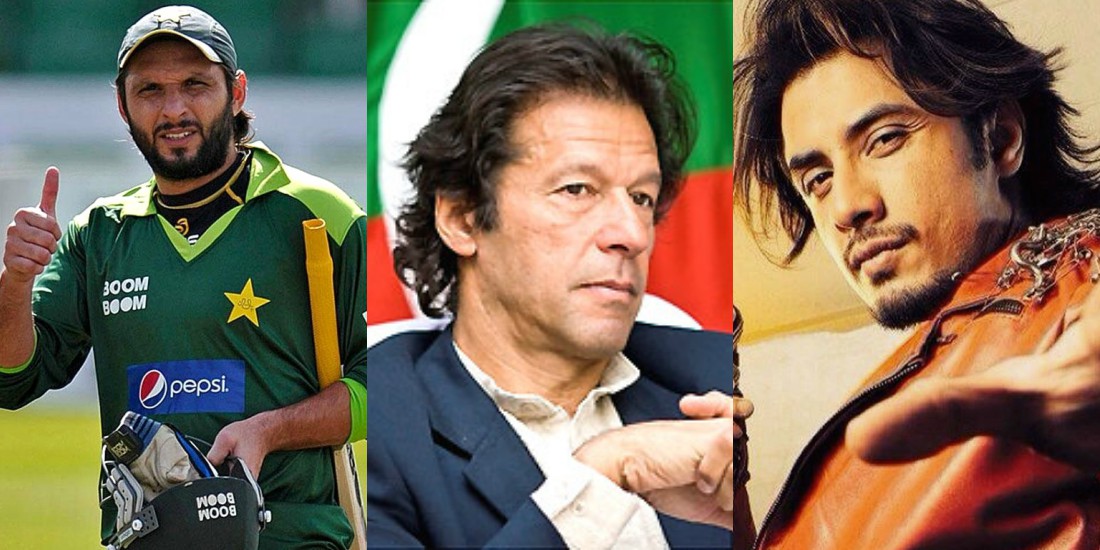 These days, a new debate has taken Pakistani social and conventional media by a storm. The irresistibly juicy Ali Zafar Meesha Shafi saga has created a ruffle in the celebrities and the general public alike. You are either on Ali Zafar’s side or on Meesha Shafi’s side. You are either trolling Waqar Zaka or appreciating Osman Khalid Butt. And then there are some neutral celebrities refusing to take sides. Social media pages are making memes and running polls while the general public is digging out old pics and tweets of both the parties and sharing on WhatsApp. In short, it’s a whole circus.

Yet, you cannot deny that Ali Zafar was a very bankable (Read: Marketable) star of the current generation. There aren’t many youth icons in this country anyway. Ali Zafar, who looks good, sings and supposedly acts a bit, was used for selling packaged snacks, refreshment beverages or mobile cards. After his partial success across the border, he was set up release his first Pakistani film, claiming it to be the most expensive Pakistani film ever. 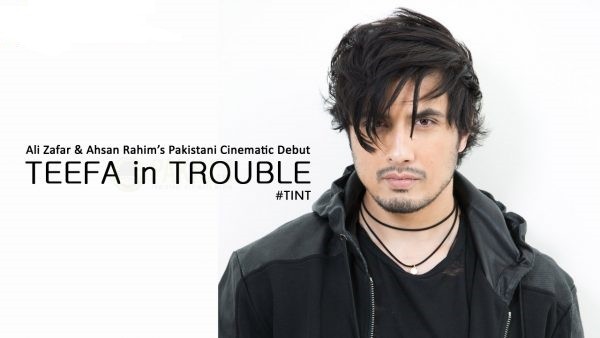 Ali Zafar’s was out of India, but he was in until last week. And then the news broke and the youth icon is not a youth icon anymore. He is a misogynist and a creepy guy, he needs to be abhorred. Let’s not forget that nothing has been proven so far and these are still allegations, which Ali has now decided to take to court.

Ali Zafar is neither the first Pakistani youth icon who now has a tarnished image. Most of the men Pakistani youth identified with or looked up to had a ‘chaand mein daagh’ moment in their careers or personal life. Across the border, we have Rahul Dravid, Sachin Tendulkar and even Virat Kohli with clean sheets. Staying true to their professions, standing up for their women and not getting involved in unnecessary scandals. On our side we have… question marks. 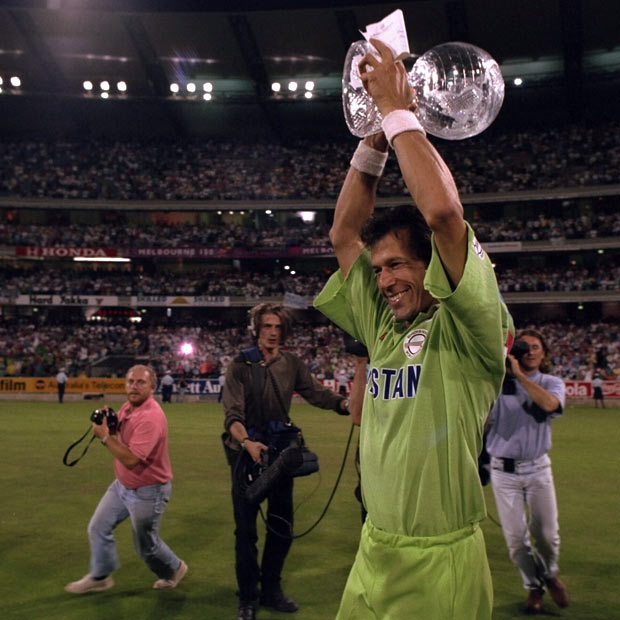 No bigger youth icon has surfaced in Pakistan than the great Khan himself. His on-field leadership is regarded all over the world. His individual skills and record speak for him, cricket knows him as one of the greatest all-rounders ever, if not the greatest one. He won the world cup and left the field on a high note. He singlehandedly made a great cancer hospital which is serving the country well. 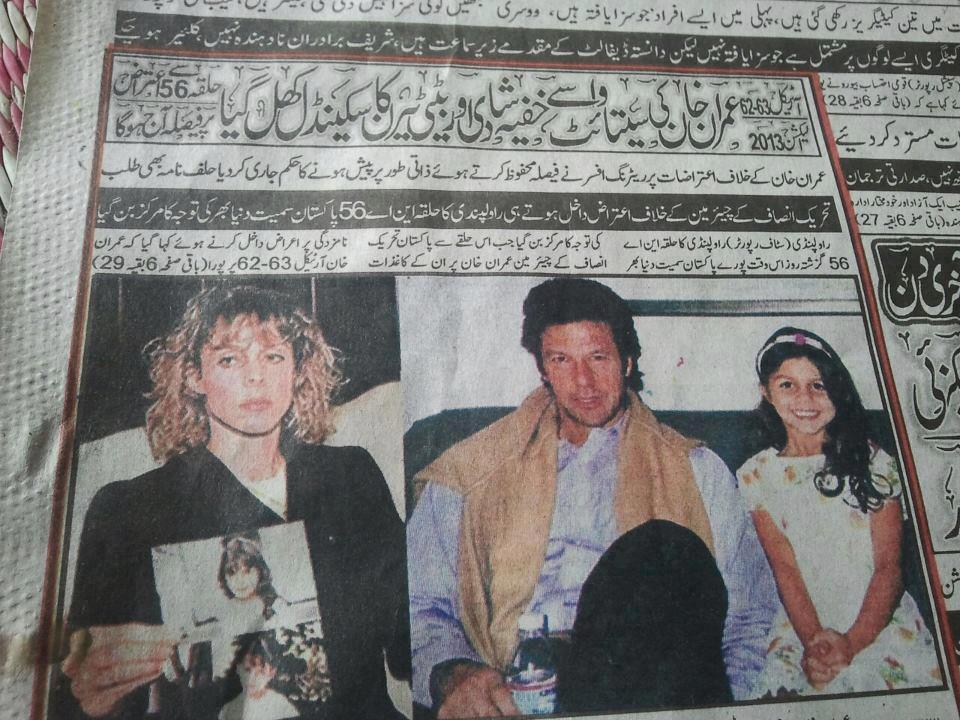 Off the field, however, things weren’t as hunky dory. Ah well, Hunky maybe, dory definitely not. From Sita White to Zeenat Aman, Emma Sergeant to Rekha… There were stories and stories and stories. The great IK had his moments. 26 years after his retirement from the pitch, he also has left the country with a divided opinion. 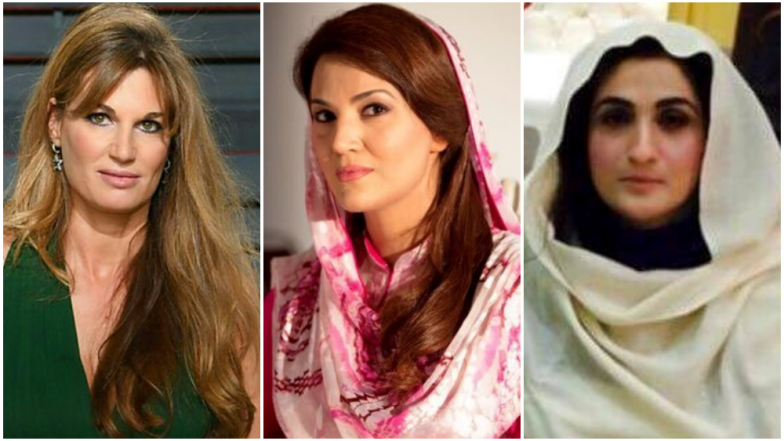 One third the country thinks he is the savior of Pakistan and will create a Naya Pakistan. The other two-thirds live outside KPK and follow different political ideologies. While marital conflicts can take place in any household, it’s his third marriage that raised eyebrows. As things stand today, the third marriage is also rumored to be on the rocks. Needless to say, the great Khan, the revered and respected cricket captain, is not all that clean youth idol anymore. 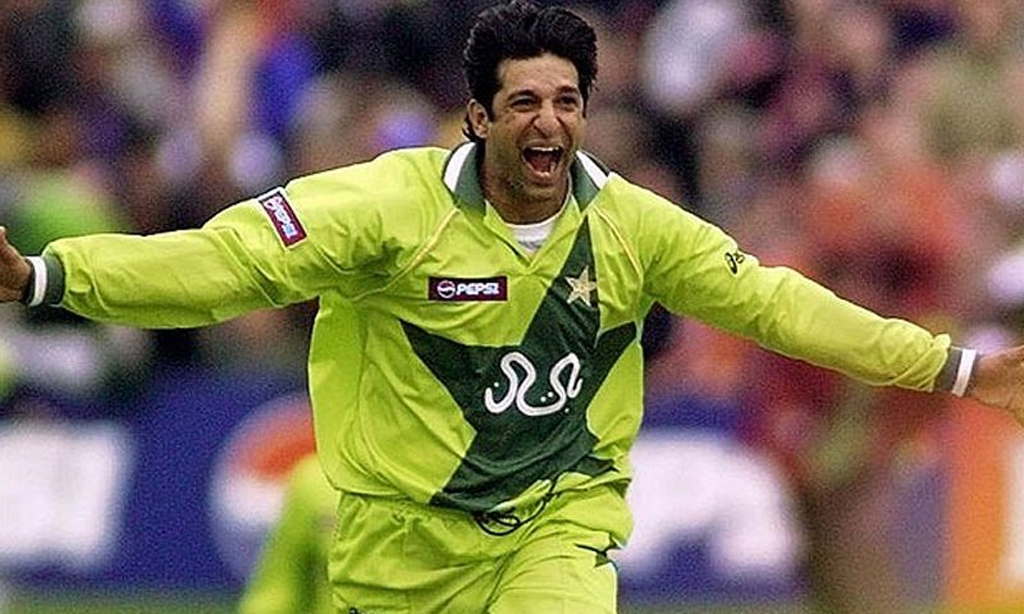 Wasim bhai… the sultan of swing… the left hand of God. 400+ test wickets, 500+ ODI wickets, 2 hattricks in each format. The only Pakistani who appears in everyone’s all-time great XI. Even at this age, he is as marketable as ever. Selling air conditioners, detergents, healthcare equipment and refreshment beverages with or without his Australian wife. In short, Wasim bhai thaktay nahin hain. 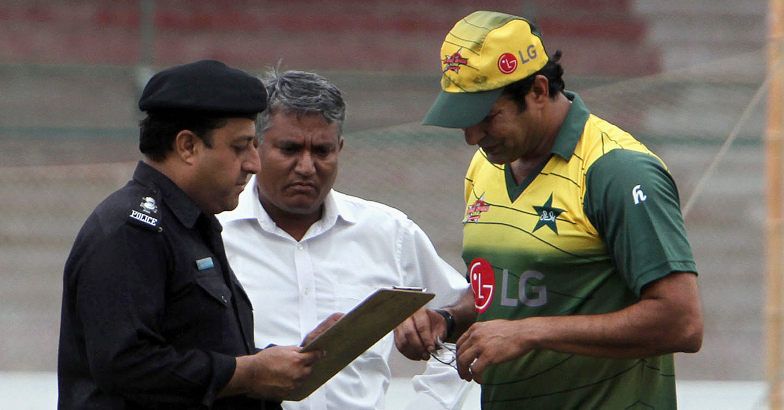 Wasim bhai, however, was a prime suspect in the match-fixing saga that erupted in the Pakistani cricket in the 90s. From 1996 WC quarter-final against India to matches against Bangladesh in the 1999 WC, there were doubts about how he went about his game, especially when leading the team. His leadership also came under question during his first stint when his then friend, Waqar Younis along with some other players revolted and refused to play under his captaincy. 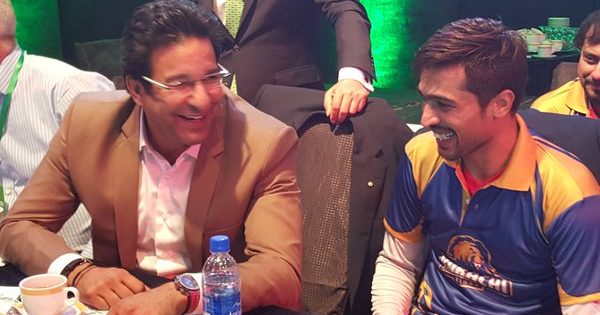 Ironically, these were the same players who were arrested in West Indies during the infamous 1993 tour, for smoking marijuana on a beach. The inquiry commission investigating the match-fixing of the 90s found evidence against Wasim Akram and reported gaps in his stories. The report itself says that the commission gave a lenient verdict on Wasim because he was a great cricketer and they were his fans. If only every suspect gets the benefit of his other talents, the world would be a very different place, and not necessarily a good one. Such was the contagious nature of this match-fixing scandal that Mohammad Amir, who idolized Wasim Akram, followed suit by getting sentenced for match-fixing 12 years later. 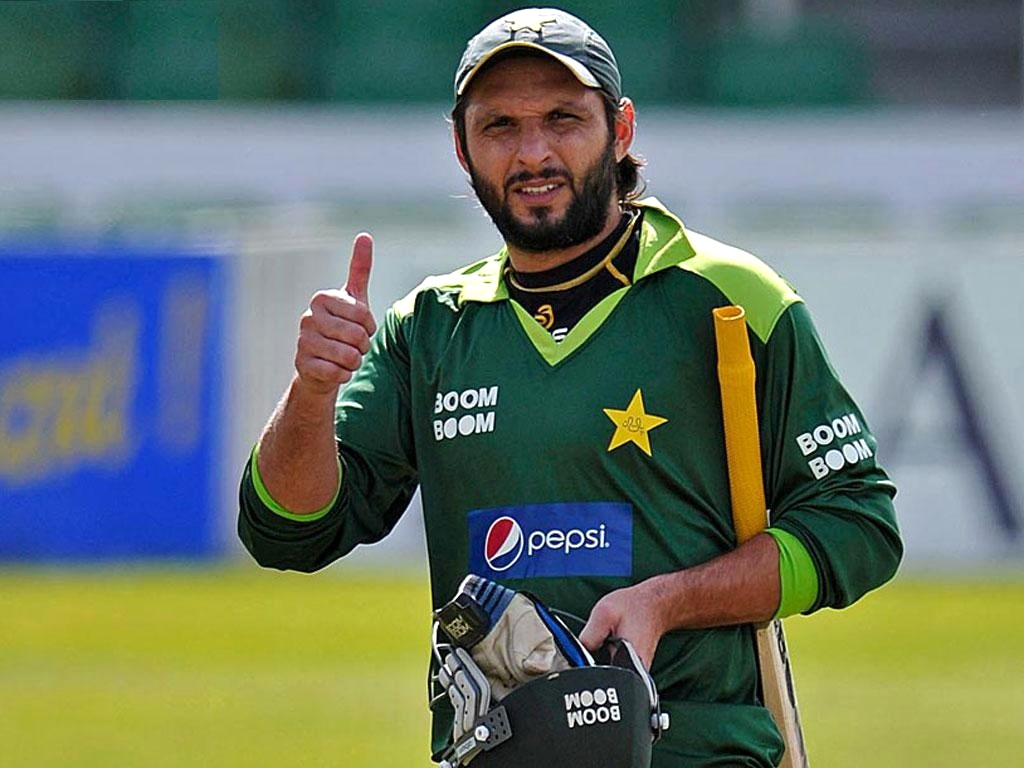 Oh, the maddest of all the mad maxes. Afridi the untouchable. No matter what he does on or off the field, Shahid Afridi is and will remain a superstar in Pakistan. His supporters and fans can forgive anything he does wrong. It just does not matter. The fact that he played cricket for almost 20 years and still did not learn a thing about temperament. Or the fact that his average batting and reliability remained as low as our expectations from the Pakistani government. 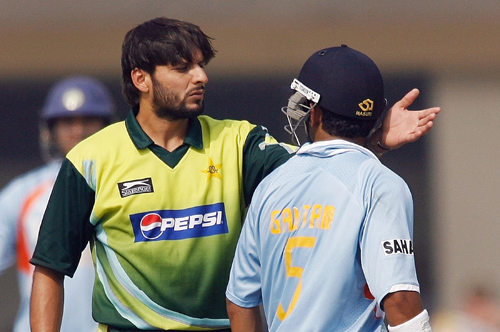 He chewed ball on the ground, was suspended for ruining the pitch, got in a scuffle with other players on tours or switched loyalties by choice in PSL. Nothing reduced his popularity. He retired from cricket at least a dozen times; once after one test on a tour while leading the team on the tour. His issues with the board during the mid-2000s were also newsworthy. As it stands today, his fans don’t care what he ever did, just because he scored a 37 ball hundred 20 years back. At the same time, there is a vast majority of cricket lovers who think he is the worst thing that happened to Pakistan cricket since… Match-fixing. 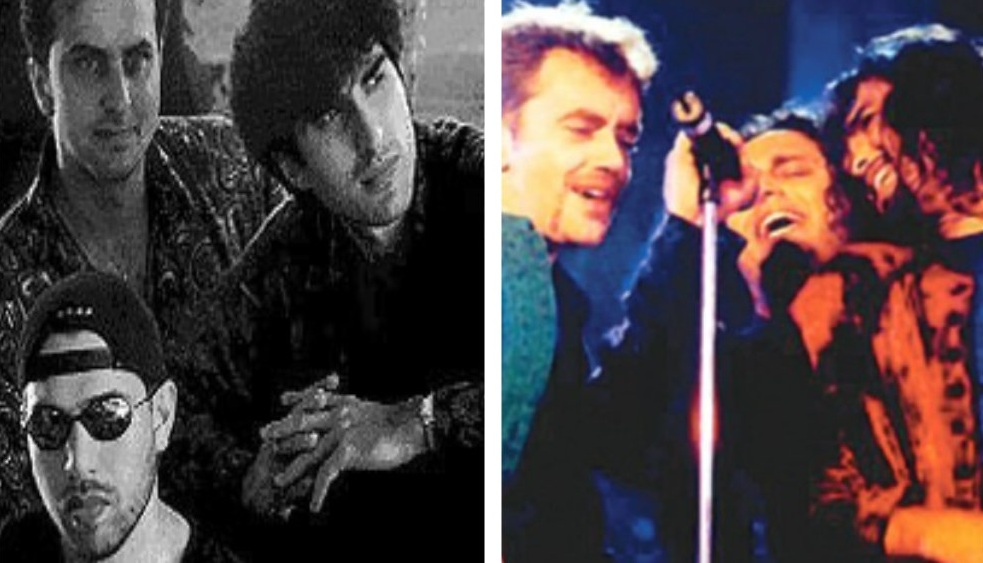 Every other band from the 90s or 2000s had its own massive or niche following. Two of biggest names, however, remain as Vital Signs and Junoon. They both broke and not all that nice. Barring the sad demise of Junaid Jamshed, the news surrounding around the band members and their ego fights have been horrendous. Salman Ahmed is still trying to sing while Rohail Hyatt always refused a reunion with JJ or other VS members following the breakup.

The list and misfortune of the Pakistani youth to identify one clean icon goes on. In the end, we must thank Fawwad Khan for being Fawwad Khan. Even fans across the border still drool over him and he has kept a clean image along with his talent.