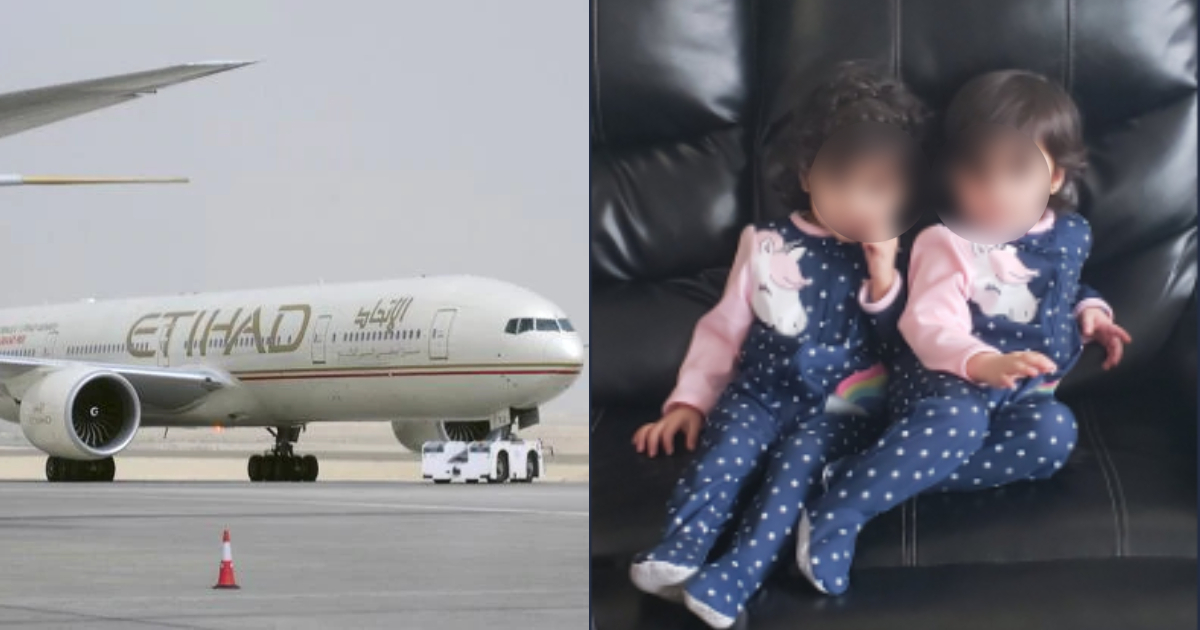 Travel is a wonderful teacher. It teaches a lot about the world and around you and can give myriads of experiences. But it also teaches a lot of things through accidents and mishaps. While traveling, no one wants anything bad to happen, but then shit happens and we are faced with troublesome situations! Vacations are supposed to be fun and relaxing, but sometimes no matter how much we plan, things go downhill.

Although, we can’t always blame ourselves for the disasters that we face. Not too long ago PIA was under major controversy that involved a woman and her baby who was suffocating but wasn’t allowed to step out of the flight. The incident caught massive attention and people were outraged.

Recently, Etihad Airways demanded a woman named Ayesha to step out from the flight solely because she was traveling with her two daughters. The stewardess named Nadia told the lady, “I will pull you out of your seat and throw you out of this flight.” 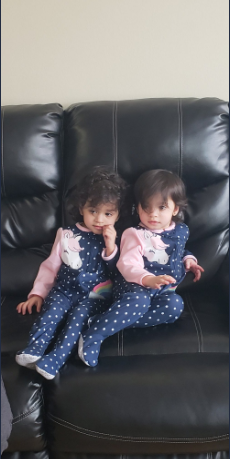 We got in touch with the passenger’s brother Rehan Ali and this is what he had to say, “I got a call from her and she was crying, I was extremely angry so I went to the airport to talk to anyone from the airline but there was no representative present at Chicago airport. That’s when I called the customer service to complain. At the moment she is on an Emirates flight.”

We asked him if his sister was informed about the law of not traveling with two children with one parent and he told us that she wasn’t notified. “She wasn’t told about it and they even checked all the passports when she checked in. They also allowed her to board the plane. On the plane, when she was seated, that is when she was updated about the law.”

These are the Tweets he shared:

1/2 My sister, with her 21 months old kids was thrown out of @EtihadAirways flight. Why? Because she was travelling with two kids under 2 years old and it’s against the law! Great work @EtihadAirways. #etihadhateskids

2/2 In the words of nadia of @EtihadAirways , “I will pull you out of your seat and throw you out of this flight”. Well I guess #etihadhateskids pic.twitter.com/eI0JeRBKah

To the above tweet, Etihad Airways responded with, “Hi Rehan, your sister has been in touch with us. Our Guest Relations team will get back to her once the investigation is completed. *Mia”

Hi Rehan, your sister has been in touch with us. Our Guest Relations team will get back to her once the investigation is completed. *Mia

Here’s the complaint that was forwarded to the Etihad Airways: 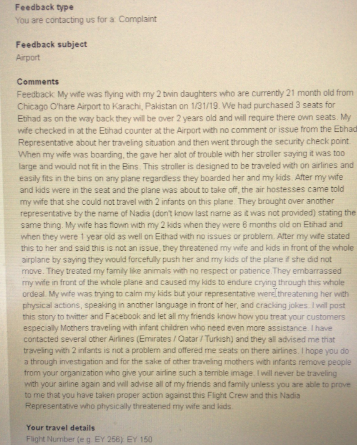 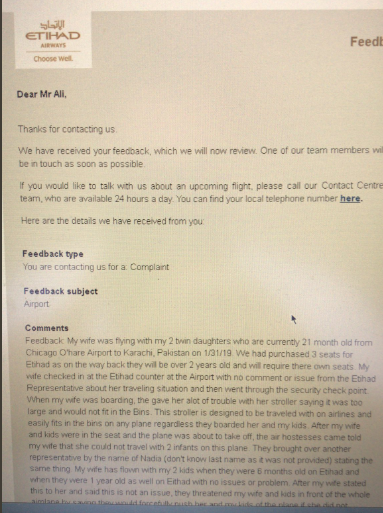 Passengers tend to pick a certain airline because they believe that they can trust them and their services but if popular airlines like Etihad Airways goes ahead and begins behaving like that and offend their passengers, that too with children – it’s just sad.

The airline hasn’t responded to Ayesha or her husband yet, we will update you with more details on what happens. If you have anything to add to this story, let us know!