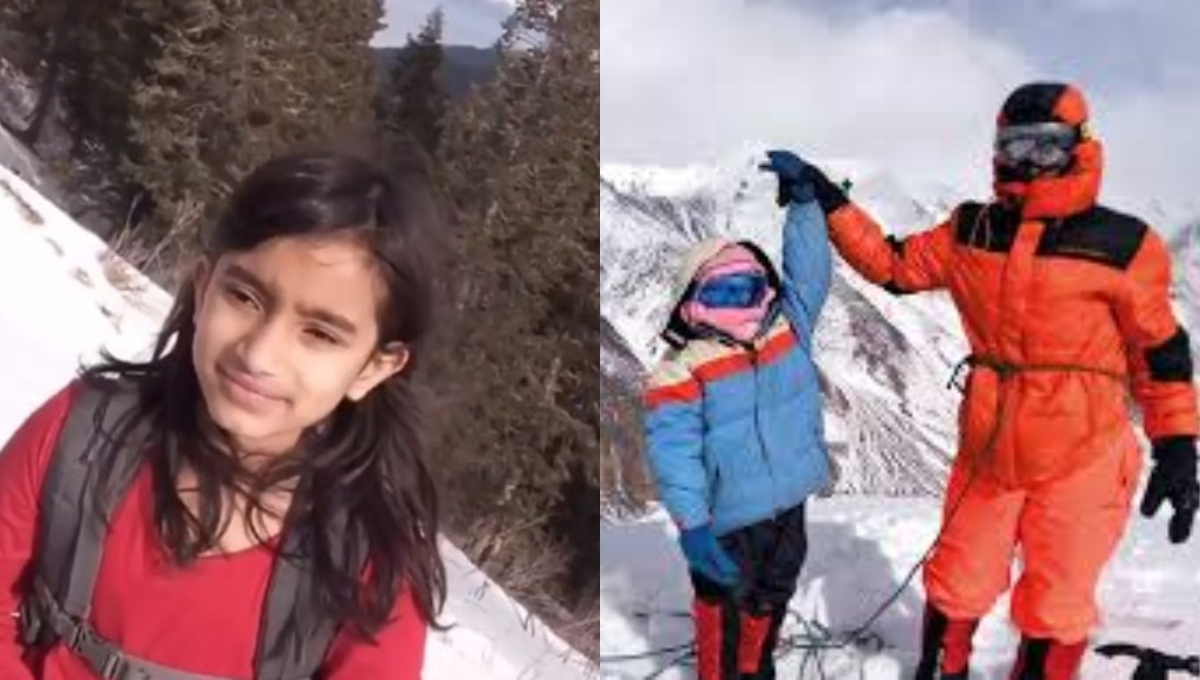 This ten-year-old Pakistani girl is the mountain princess of all time. Selena Khawaja loves the mountains and has been climbing since she was 8 and we are immensely proud of her. By climbing the 7,027m Golden Peak, which is also known as Spantik, Saleena she has become the youngest person to ever climb a 7000-er.

The Spantik peak is situated in the Nagar Valley of Gilgit-Baltistan region in the Karakoram sub-range.

#SummitAlert#Pakistan 's 10 years old Selena Khawaja became the #youngest person ever to stand on top of #Spantik peak (7,027m) this morning. This record also holds special value as this makes her the youngest #climber ever to #summit a #7000er anywhere in the world#karakoram pic.twitter.com/t0sMTbzTcl

The child prodigy summited 6050m tall Mingli Sir in June Last year and was looking for sponsors to summit the Spantik this year and she did it!!

Mountaineering is one of the toughest sports there is. It doesn’t only require the right gear, but a lot of stamina, patience, and practice makes a mountaineer capable of withstanding harsh weather and rough terrain. Rememebr how Pakistan Army rescued the Russian mountaineer who got stranded on Biafo Glacier?

Selena Khawaja-The Mountain Princess. She is just 9-year-old & she has become the youngest to scale 5,765 M high Quz Sar Peak. And she not going to stop at that, as fr the next year she has set her eyes on the 8,848 M high Mount Everest. Proud of you little girl👍#TalentPakistan pic.twitter.com/tg5zyMxtqW

Her proud father, Khawaja Yousuf said his little princess started climbing at the age of eight and within one year, in 2018, she was able to climb the Miranjani Mountain that is 3,000m high in half the time.

Selena Khwaja said she aspires to summit mount Everest one day and we are sure she’s gonna do it. At the young age of 10, she holds the world record for climbing up a 5,000 and 6,000-meter high peaks, these include Mangli Sar and Quz Sar Peaks. Nobody has ever done that at such a tender age!

Earlier, she had plans to summit the Mount Everest in 2019 but now the Mountain princess of Pakistan is eyeing the Broad Peak, which is 8,047 meters tall. If she climbs the Broad peak she will become the youngest mountaineer in the history to ever climb an 8000-er.

What are thoughts about Saleena’s accomplishment? Let us know in the comments below!

Pakistanis Were Caught Teaching Sadaf Kanwal How To Wear ‘Tameez’ Ke Kapray And Ab Bas Bhi Kardo!
Pakistanis Have Finally Discovered The Creature In Shershah Market And Taubah! Its Horrifying!
To Top