Pakistan’s close friendship with Turkey isn’t something hidden from the world and its examples are seen from time to time. As the time is advancing at a fast pace, the gradual shift in technology is also playing its vital role.

Currently, in a promotional manner, Pakistan is even airing Turkish shows made on Islamic plotline for better concepts. After, Prime Minister Imran Khan’s Dirilis Urtugul, now he has another similar creation in mind for the nation. However, recently, a bunch of talented Pakistani students with their esteemed skills has paid tribute to Turkey in a unique way.

Pakistani students and their ‘robotic’ idea

No one can deny the talent Pakistan contains and such sharp minds do prove themselves at times needed. Every now and then, the world witnesses the exceptional creations’ of Pakistanis that garners massive appreciation. Similarly, some bright minds at a welfare trust in Pakistan have created robots as a thank you to Turkey for its immense support.

The media team releases yet another production of past #robotics activites of #BRC at the Technology Lab.

The video is also a tribute to #Turkish government and its people for helping to set up the tech lab in 2018. Thank you @tikapakistan !#StayHome pic.twitter.com/KkOx7Zht36

Currently, video fo the amazing tribute is circulating on social media and the response on it is overwhelming. According to the acquired details, four students of Baitussalam Talagang Welfare Trust in Punjab took the robotics game to a new level. Divided into two teams of two, they raced their robots named Scout Bot and Blaturoid to pay tribute to Turkey.

Representing both the countries, Scout Bot came from Pakistan’s side while Blaturoid from the Turkish side, respectively. The amazing clip was released by the media team from the past robotics activities in the institute. Furthermore, the post then honored and thanked the Turkish government and its nation for helping Pakistan set up the tech lab two years back. 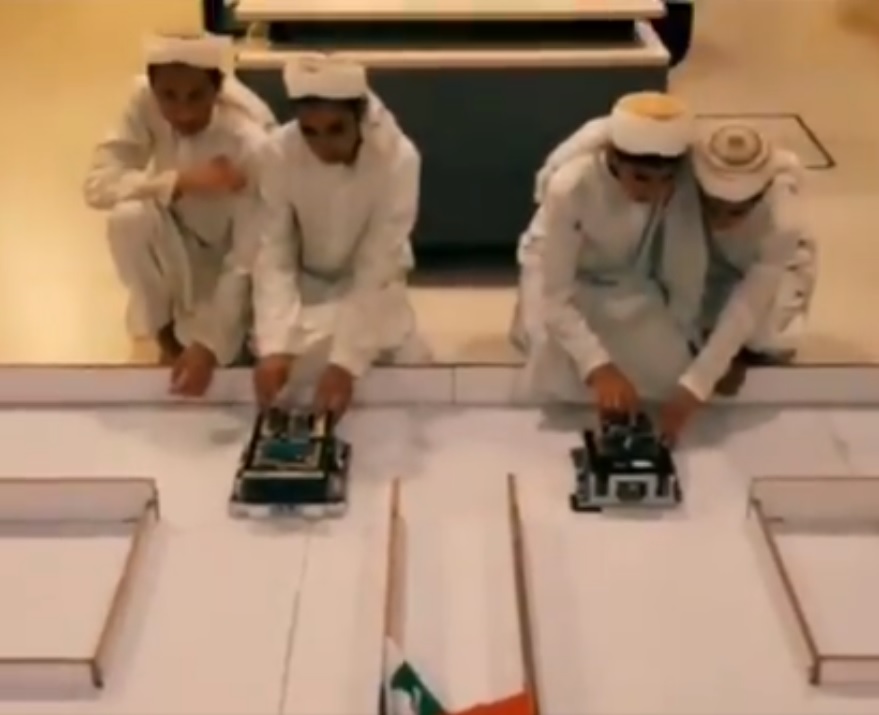 Apparently, other than the authoritative backing, TiKA Pakistan also played its part pretty well in making it happen. TiKA makes for the Turkish Cooperation and Coordination Agency’s Pakistan Program that is more into welfare works. Not forgetting their support, the circulating post of Baitussalam Welfare Trust also paid its gratitude to the agency.

This isn’t the first time, Pakistan’s youth has invented something that has made the whole country proud. Previously, a female student from Faislabad invented ‘smart shoes’ for the blind and it was an exceptional creation. With censors fitted, the wearer could be notified of any hurdle coming in their way saving them from falling down.