The Pakistani Man Who Ate Over 100 Poisonous Snakes And Reptiles 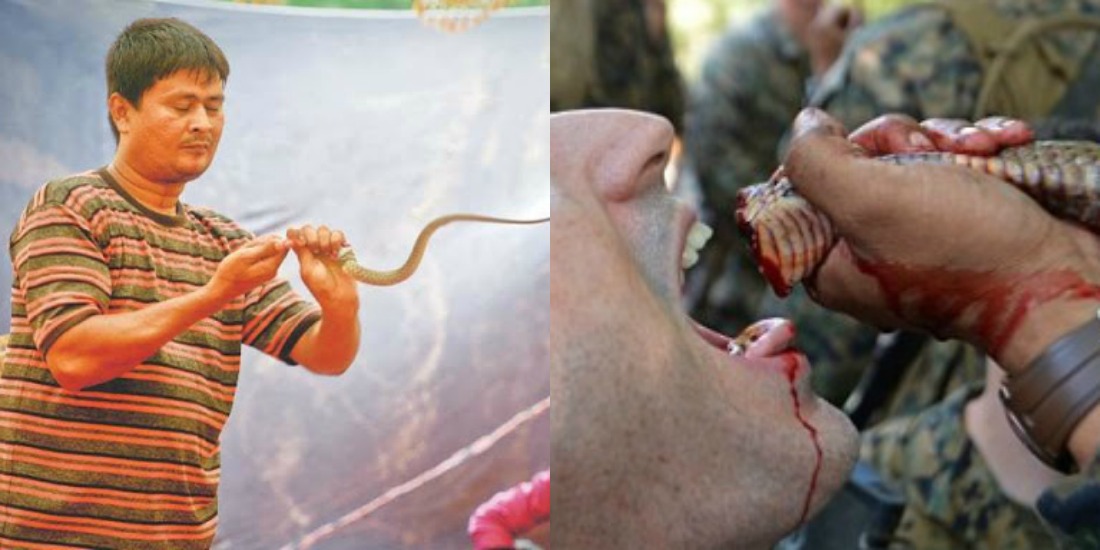 There is one thing in this world that every human needs more than any other to survive, which is food. People from all over the world have different cultures and cuisines, based according to their traditions and geographical settling. People of Pakistan are generally fond of food, especially the traditional variations of curry we possess. However, one Pakistani’s job doesn’t allow him to eat like the rest of us do, his meals include venomous snakes.

Let us introduce you to Talib, from Nawabshah, Sindh. This middle aged Pakistani is said to have eaten hundreds of snakes, which include the venomous and poisonous decree. Once a street performer, Talib then made his way to the Karachi Zoo from Nawabshah. 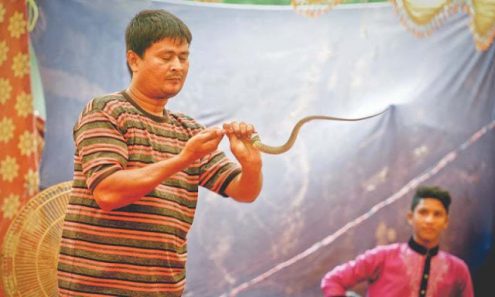 His talent? He eats live snakes in front of the audience.

Talib has performed his acts of gross ability in almost all the major cities of Pakistan. The response has been amazing as far as his performance goes. People line up in hundreds to watch Talib chew on raw snake in front of their eyes. He starts of by munching off the snake’s neck with his teeth, gradually removing its skin and then biting off the rest of its body.

When asked about where he gets his supply from, Talib said he gets them from Thatta City, Sindh, as snakes can be found there in abundance. Talib’s immune system has strengthened so much that even venomous snake bites do not affect his body. He says that whenever he runs out of snakes to perform with, he tends to find other gross reptiles like venomous frogs and lizards, from the common walling ‘chipkali’ to the rare ones found in his native village. 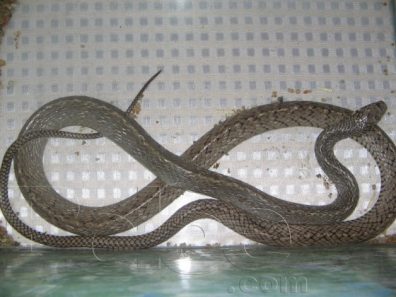 His act has been appreciated and applauded by whichever audience he’s performed in front of. Indeed a gross act, but none can deny Talib’s excruciating talent of eating the reptiles most people are afraid of looking at.