This Pakistani's Message And Support To India's Gurmehar Kaur Recently, in India, a 19-year-old girl named Gurmehar Kaur went viral for her video message. In the video, Kaur was seen holding placards that gave out a message for peace between India and Pakistan. Ever since the video went viral, Kaur has been facing intense hate from the people of her country, and one Pakistani has stood up for her!

Kaur’s message spoke about how her father was killed in the 1999 Kargil War between India and Pakistan. Gurmehar talked about how Pakistan did not kill her father, the war did. She further stated how both countries needed to come together and fix the problems between them, giving an example of France and Germany, USA and Japan. If they could become friends after two world wars, India and Pakistan were part of the same motherland once.

Ever since her message went viral, things have been extremely scary for Gurmehar Kaur. She has been getting death threats from all over India, including the RSS and BJP fanatics. In a show of support, one Pakistani from Swat, who now lives in Australia has released his reply to Kaur’s message. 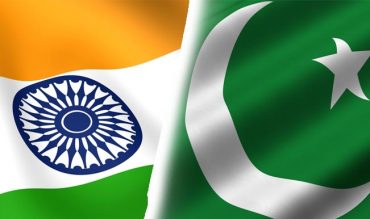 In his video message, Pakistan’s Fayaz Khan talks about how he was always taught to hate Indians, how they were our enemies. However, after moving to Australia, he became friends with a lot of Indians and they grew really close. He also spoke about how he belonged to Swat, one of Pakistan’s most terror-ridden areas, and how he knows so many Gurmehar Kaurs. Before concluding his video message, Fayaz told Kaur that she has a brother in Pakistan and wants the world to recognize them as unique Muslim-Sikh siblings.

Both messages have one thing in common, which is to denounce hate between India and Pakistan and work towards a better future between the two countries. It is a fact that India and Pakistan were once together, then became enemies, however, nowhere does it say that they cannot be friends? This peer-to-peer ‘Aman ki Asha’ type videos have been getting a lot of attention and might be the way forward, in a bid to profile for peace.

We hope that Gurmehar Kaur does not face further hate from the people of her country, while we also similar for Fayaz Khan. The duo tried to show their concern of how we are extremely similar in every way, and it’s just the mindset that’s wrong. Fayaz also talked about fixing the issues between both the countries through awareness and education.

21st Century and Still A ‘Jeanophobe’? This Girl Tells It Like It Is!
Unforgettable Moments That Made Last Night’s Match Between Quetta & Peshawar A Real Test For Our Nerves!
To Top