The ’80s and ’90s were a time when we had only one channel to operate on television, yet we had numerous role models to look upon from almost every aspect of life. Let’s go through the lost heritage and our downfall as a nation.

Ashfaq Ahmed, the host of an intellectual program ‘Zawiya’, based on his insight and life experiences. A program which provided wisdom about diverse aspects of life.

The poetry of Faiz Ahmed Faiz and Ahmed Faraz, aesthetically presented to us, embellished in beautiful vocal performances by some of the Role Models like Madam Noor Jehan, and Ustad Mehdi Hassan.

Mustansar Hussain Tarar‘s Morning Show: Hardly any glamour or commercialization, the morning show conducted by the highly enlightened Mustansar Hussain Tarar provided the right blend of mood and emotions to start the day. From the talks of wisdom to 5-minute cartoon segment, from exercise to patriotic songs, from displaying the handmade cards by viewers to taking us through lovely places in the country, the morning show had everything for every age group in the most decent manner.

Tariq Aziz: Host of the legendary show, ‘Neelam Ghar’, which used to end with a chest exploding slogan of ‘Pakistan Zindabad’.

Moin Akhtar-Anwar Maqsood-Bushra Ansari: The trio had an impeccable satirical comic timing and versatility, a talent with unmatched capabilities. Sitcoms and shows like 50-50, Moin Akhtar Show, Such Much, Rozy, Loose Talk, Apka Anwar Maqsood, Aangan Terha are some of the notable mentions. 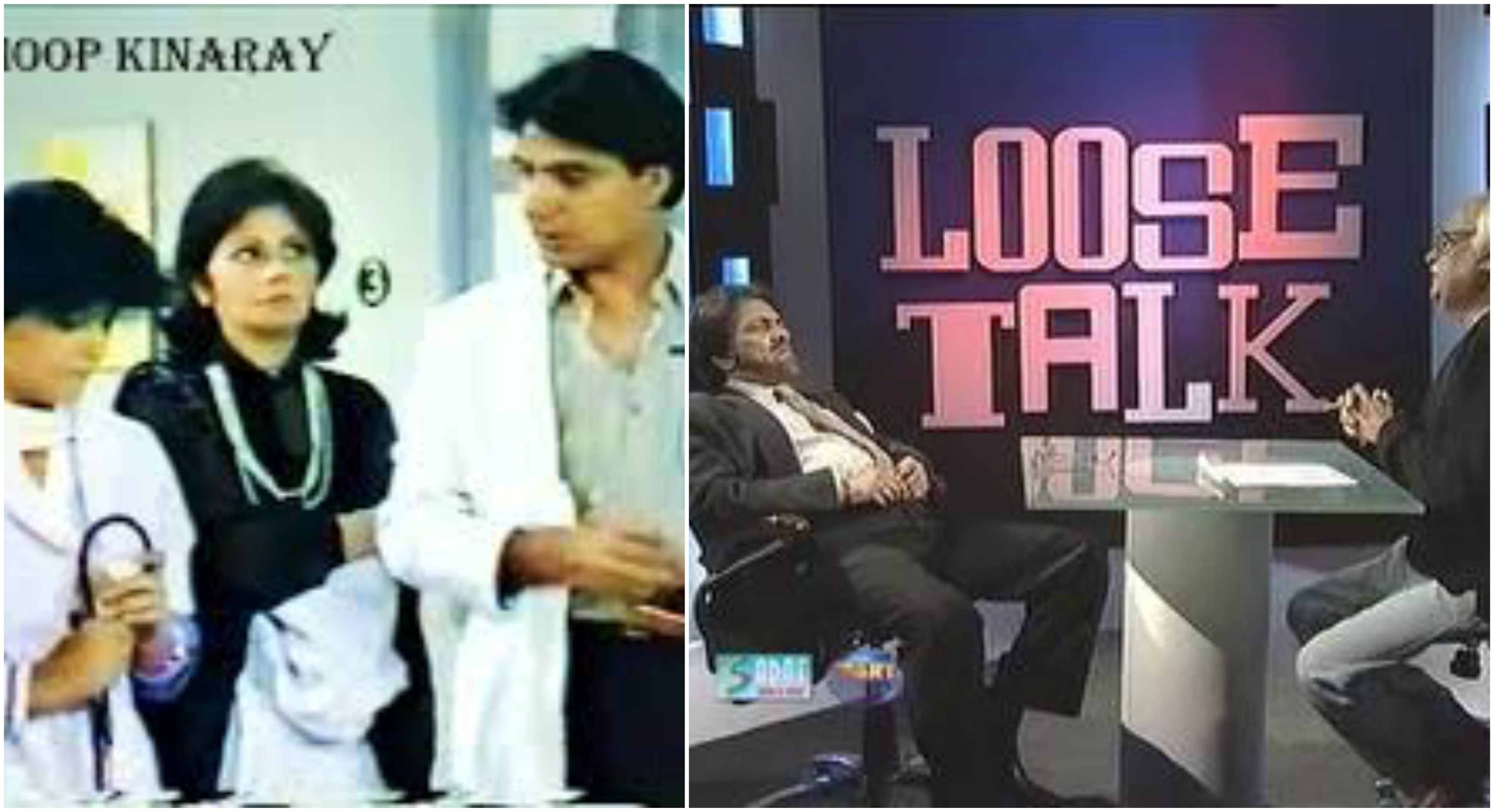 Farooq Qaiser (Uncle Sargam): Highly popular and loved puppet character, who had many interesting things to tell in a unique way.

Marina Khan: Dhoop Kinaray famed actress (commonly referred to as Dr. Zoya) – a trend setter among females with a bob-cut in those days, also influence many parents to encourage their daughters to become a doctor.

Haseena Moin: A prolific screen writer of Tanhaiyaan and Dhoop Kinaray fame. The airing of dramas written by her used to empty the roads and streets at 8 pm. Indeed an icon for the budding and aspiring screen writers of her time and even today. 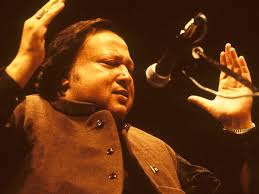 Ustad Nusrat Fateh Ali Khan: Arguably the best Qawwal who has ever lived. A worldwide celebrity and a true pride of our country. Need not say more about the legend who mesmerized us in the late ’80s through the mid ’90s, with his amazing voice.

Nazia Hassan-Zohaib Hassan: These charming siblings were definitely the path breakers in the Pop industry of Pakistan. The fame of songs, beauty, grace, and decency of Nazia Hassan was a nationwide pandemic. She instantly become a style and fashion symbol for young females.

Vital Signs-Junoon-Alamgir: Along with other budding pop bands and stars, Pakistani Pop industry was far ahead of its time in the entire region, a trend setter for sure. Junaid Jamshed, the main vocalist of Vital Signs, not only gave numerous hits after hits, but also attained the charisma of being a teenage sensation with his outlook and attire.

Source: The Other Side

Imran Khan: Heart-throb of the nation. His outstanding cricketing and leadership skills aside, it was his demeanor and charismatic personality which gave him the stardom. He remained the most eligible bachelor throughout his playing days, making him immensely popular in the female circuit. For males, he was a mega cricket star and an iconic figure in terms of new trends and style.

Wasim Akram: A champion bowler who could hit a long way as well, Wasim Akram remained a hero for the entire nation who grew up displaying his posters. In a team which comprised of 8 to 9 super stars playing alongside each other, Wasim had his own stardom. He remained the advertisement companies most popular choice during his young and frightful years. Who can forget the legendary advertisement with the final line ‘Wasim bhai aap thaktay nahi hain? Nahin, Main Cigarette nahi peeta’

Jahangir Khan-Janhser Khan: These two world beaters in squash left no stones unturned to erase the word ‘defeat’ from the dictionary of all Pakistani’s. Simply legends, both of them.

Benazir Bhutto: First ever female prime minister in the Muslim world, she had a class personified. Her influence was exemplary, and she remained the epitome of elegance and intelligence throughout the country.