Legend of Pakistani cricket, Shahid Afridi has stunned us all once again. This time, we are not going to talk about how he stuns the world on the pitch with his performance. We are rather going to highlight the positive conduct, Boom Boom Afridi is caught in, every now and then.

Shahid Afridi did a supreme act by helping Pakistani prisoners captivated in Dubai release and return to Pakistan safely. 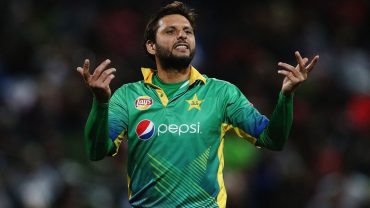 There are many Pakistanis held in captivation, guilty of several charges, while some of them may be innocent. The fact is, their captivation period is prolonged and it requires a strong influence and an extremely weary process to go through.

Many Pakistanis who hold a strong influence overseas are engaged in recovering prisoners. It is believed that these prisoners are burdened with distressing cruelty, their spirits are vexed and they are prone towards a maltreatment that goes beyond one’s comprehension.

Safe to say, these prisoners have to go through a punishment more than what they deserve and can endure. It is never parallel to the level of crime, which is why it is branded under injustice.

Shahid Afridi, who is the founder of Shahid Afridi Foundation (SAF), played an immensely vital role in the case of Pakistanis who were held in captivation by the UAE government.

Distinctive achievement for @SAFoundationN as they initiate the repatriation of Pakistanis from Dubai, bringing joy to their families1/2 pic.twitter.com/RHiy7SkVlX

Following the replete efforts by Shahid Afridi and his foundation, the prisoners will now return to their families. They have a clean slate now and an opportunity to start life fresh with new objectives has poured in for them.

After achieving success in his endeavor, Shahid Afridi once again took to Twitter to thank the Dubai Police for their help and support in the case.

It has not been the first instance, Afridi and his foundation is seen engaged in philanthropic works. They continue to serve the destitute and needy. They are engaged in providing clean water in remote areas, help build hospitals and promote education in various areas.

We wish Shahid Afridi and his foundation the very best in their future endeavors. May they continue to prosper and lead the purpose with remarkable success.

6 Things You Need To Know About Carefree, Low-Maintenance Girls!
Tattooed, Not In Ink But In Pain – The Story Of Khadija Siddiqui
To Top