Pakistani News Anchors Caught on Camera Fighting Like "Kutta Billi" and It Is Wrong On So Many Levels! 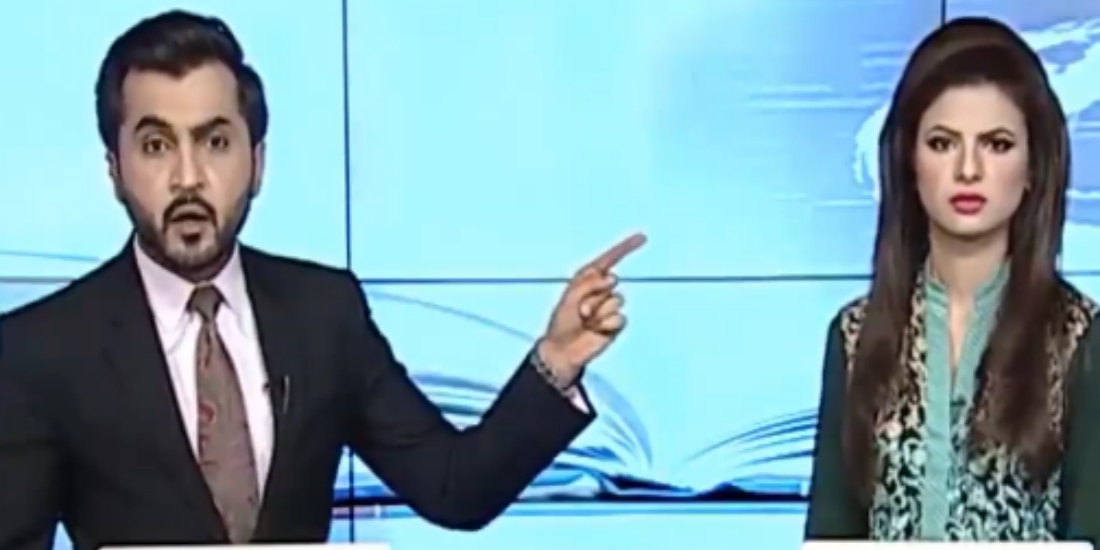 We have all watched those leaked videos where celebrities have been caught misbehaving off camera. Take Ayesha Sana’s “Bright karen isay” for example and Amir Liaquat’s leaked video. Well, in a world full glitz and glam, such things are pretty common and once these videos are out – THEY ARE GOLD!  Plus, who doesn’t love watching unusual behind the scenes and bloopers?

Just recently, another leaked video from City 42, a news channel took over our social media feeds. In the video, a male and a female anchor were seen fighting like anything. Many have even claimed to say that the guy got a little carried away and shouldn’t have said what he said in the video. Whereas, they were a handful of people who said that the guy was absolutely right.

The girl, trying to keep her calm, kept asking him to tone down his voice, but he refused to do so. Here’s the video:

Posted by MediaLive on Saturday, February 24, 2018

And the moment this video surfaced the internet, Pakistani were quick to judge them both and started bombarding the comment’s section. Some even said that the video seems incomplete the person who posted it cropped out the girl’s part where she ‘might have’ intitated the whole argumment. Well, we’ll just have to wait for a response from their end. However, here’s what the people commented with:

Many were seen supporting the girl!

Well, they were some who were very furious

People were paying close to attention…

Men were mostly seen speaking in favor of the girl

And there were some who were supporting the guy

It’s sad to see how people have been supporting this act. What’s wrong is wrong. Also, the person who has leaked this video should also be responsible for this act and should be questionable.