Pakistani Movies: Waar 2 to hit cinemas on next Eid; this time it will be bigger better and stronger 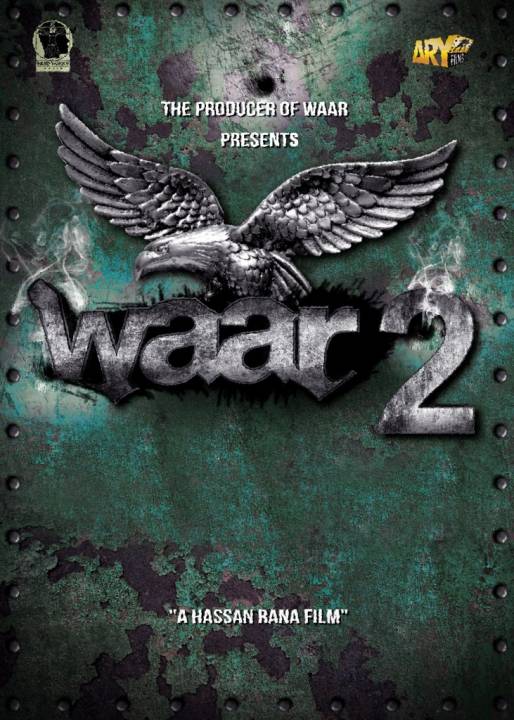 The past two years have proved to be the best years for Pakistani Movies and Pakistani film Industry. We witnessed couple of best Pakistani movies released who happened to do wonders at the box office. It was definitely re-incarnation of long-demised Pakistani Film.

Pakistani Movies Industry has come to a point when audience wanted to watch the sequels of few amazing movies like Khuda Ke Liye, Waar, and Na Maloom Afraad. It seems everything seems to be working for audience and the Pakistani film industry as the producers of one the best Pakistani movies ‘Waar’ announced its sequel, Waar 2. Waar went on to become highest grossing movie ever in the history of Pakistani cinema.

Waar crossed the Rs 20 crores mark at the local box office in the month of November when it released, beating records of movies Khuda Ke liye and Chooriyan who held that crown previously.

The Waar 2 is the most awaited Pakistani movie for the year 2015. Waar 2, the sequel of Waar, was announced at the time when the Waar was still being run on the cinema houses. Looking at the buzz and fame it achieved within two weeks after the release, the producers announced the sequel of the historic movie. The shooting of Waar 2 is expected to occur in different countries such as Russia, UK, Yugoslavia, and Turkey. The shooting destinations of Waar 2 arouse more curiosity amongst the audience. 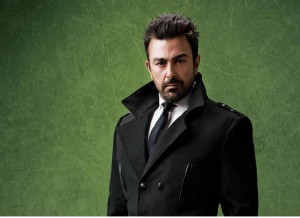 Waar had a strong story line and it orbits around the courageous efforts of Pakistan Army and Pakistani Intelligence forces as they work against the terrorists’ plot and try to stop the terrorist attacks from occurring within the country. The movie had talented and experienced actors. Shaan Shahid has performed brilliantly in the movie as he has put all his years’ old experience in the best possible way. Hamza Ali Abbassi was another noticeable actor in the movie who has done an amazing job and did complete justice to the role.

It was disappointing to know that Waar 2 will not have the brains of Bilal Lashari as the director. The ARY films officials announced that Waar 2’s direction won’t be undertaken by Bilal Lashari anymore. Dr Hassan Waqas Rana will be the director of Waar 2. Dr Hassan Waqas Rana also happens to be the writer and producer of Waar and he is more acquainted with the story and peripherals of the movie. But, one wonders why Bilal Lashari was ignored for this job as he did the brilliant direction of the movie. Another thing that made Waar prominent was the cinematography and Bial Lashari was the person behind it. We haven’t heard the reason for this directorial change from ARY films but we will, surely, miss the master class of Bilal Lashari in the Waar 2. 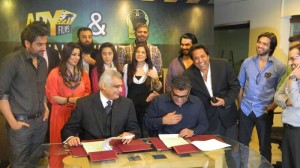 According to ARY Films, the Waar was released on Eid 2013; the day of release furthered the impact of the movie. Similarly, the producers are aiming or Eid 2015 for the Waar 2’s release.

In the recent development concerning the Pakistani movies is the collaboration of media giant ARY Films and Mind Works Media Productions to produce high budgeted and high quality Pakistani Movies. Both the groups will venture together into numerous movies.

The cast of Delta Echo Foxtrot is not announced and kept secret. Bt, it is expected that the movie will include the biggest actors of Pakistani Cinema and new talented faces will also be given chance as the auditions for the movie are already under way. Mr Salman Iqbal, President and Founder of ARY Digital Network described about these two mega-films while talking at the press conference at the ARY Office in Karachi.

He said, “After the super success of Waar and the sound relationship that we have developed with Mind Works Media, it is natural for both companies to bring their expertise together for even bigger and better movies. The fans of Pakistani cinema have proved that if we make a good film, they will watch and appreciate it”.

It’s the great news for future of Pakistani movies and Pakistani Cineme. Moreover, it’s hugely appreciated by Pakistani audience as they will get to watch more movies made like Waar, Khuda ke Liye, and Bol on frequent basis.

Waar 2 will not only be shot abroad in posh streets of London and Russian terrains but it will also incorporate the International actors apart from the national actors. It seems the producers have vowed to make Waar 2 way bigger than its earlier version. As the scope of the movie widens, we expect the story line and cinematography will be even better than before.

Waar 2 remains the most anticipated Pakistani movie. The fans can’t wait for the movie to release. But the release date seems so far and one wonders why the producers announced the release date as it only leaves audience more curious.

People will get to see brilliance of Shaan Shahid in Waar 2 as he is expected to shine in it the way he did in Waar. And, the effort put in by ARY Films and Mind Works Media together for blessing the fans with the expectedly great Pakistani movies like Waar 2 is laudable and we thank them for this act.