Pakistani Movies: Maula Jatt all set to release in 3D! 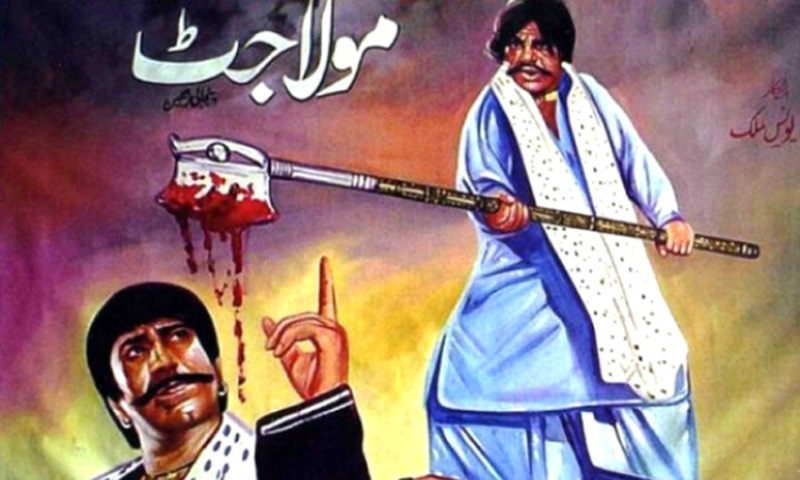 If there is any old Pakistani movie to be remade now, it has to be the ‘Maula Jatt’ because of the cult following and popularity of the movie. The creator of the movie, Sarwar Bhatti, recently announced the introduction of the movie Maula Jatt in Blu-ray and 3D technology. This makes it the biggest news in Pakistani Movies Industry after the success of ‘Na Maloom Afraad’.

Sarwar Bhatti, who also happens to be the chairman of ‘Bahoo Films Corporation’, informed that the movie ‘Maula Jatt’ has been under re-production in London using the modern 3D technology. He informed that the re-mastering of the movie will occur both in London and Pakistan and its estimated cost will be around Rs. 5 million.

After the great success of ‘Waar’, Bilal Lashari vowed to remake ‘Maula Jatt’ as his upcoming project. It became more confusing when another production company known as ‘Crew Films’ claimed for remake of the ‘Maula Jatt’. But, Sarwar Bhatti came open and clear on media that he has not given the movie’s copyrights neither to Bilal Lashari nor the Crew Film Productions. Bhatti was heard saying that he met Bilal Lashari in person and told he had no legal rights to make the movie and anyone who invests in Bilal Lashari’s project will suffer because he hasn’t bought the rights to ‘Maula Jatt’ from him. Well, keeping aside the conflicting views, the vision of the movie Bilal Lashari had was convincing. 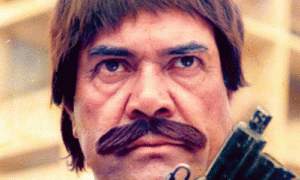 Bilal Lashari said, “My version of Maula Jatt will be a visual epic with less dialogue and many captivating moments. It will be a dark but stylized take on Pakistan’s original film genre.”

On other hand, Sarwar Bhatti also met with Faisal Rafi, Senior producer at Crew Motion Pictures and informed them that they cannot go onto make the movie until they purchase the rights from him in legal manner. These conflicting views on the production from different people are not a good sign for the audience. We hope that Maula Jatt 3D, like other couple of movies, don’t just stuck up in the production line. The legal and ethical aspects allow Sarwar Bhatti to implement the project. The delay will only add more rumors to the film and may halt the project in worst.

It’s amazing to see the excitement for movies like Maula Jatt in the current generation of Pakistanis who have been served with good quality movies in the past few years. Whether you go to old markets of Lahore and Rawalpindi, or go to trendy cafes of Karachi and Islamabad, you still find posters and banners of Maula Jatt hanging outside the shops and on the walls.

Read Also: The Upcoming Pakistani Movie On A Life After The Banning Of Basant

The old cinema houses of Karachi and Lahore still have huge banners of Maula Jatt hanging outside the cinemas. If you’re a tad bit well acquainted with Pakistani Movies, you surely would know Maula Jatt.

For those of you, who are still not aware about the story-line of this cult movie, I will present the snippet of Maula Jatt. Maula Jatt is the story of a bloody quarrel between two tribes dwelling in the rural Punjab. The film’s lead role Maula Jatt (Sultan Rahi) is in the rivalry with the villain Noori Natt (Mustafa Qureshi). The character Maula Jatt remained the face of Pakistani movies in one form or the other for several years. Maula Jatt has dominated Pakistani pop spheres and folk traditions ever since the movie got released in 1980. 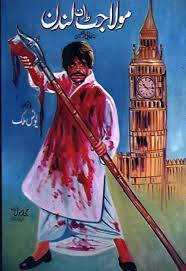 The impact of Maula Jatt is manifest from the fact that it was first Pakistani movie whose sequels were released. Maula Jatt presented the true picture of Punjab’s rural culture and audience of culturally rich province easily associated with the storyline.

The Maula Jatt cemented Sultan Rahi as “The Hero” of Pakistani movies for quite a long time and many other actors flowing in the Pakistani Movies copied his style and character to get the attention. Numerous other movies were made by Pakistani film makers whose names had the “Jatt” in them just to leverage from the cut-following of Maula Jatt.

No wonders why Sarwar Bhatti is too much concerned about his rights over the movie and rightly so. He truly believes that the release of Maula Jatt is financially viable. It appears that he hasn’t forgotten he success the movie enjoyed when it was released and he is aware of its prospective reach in Pakistani audiences at the moment. The unique selling point of this movie amongst other Pakistani movies is its fame and popularity and the fact that it catered to widespread masses of the country.

Most of the Pakistani Movies produced today are for privileged classes and elite being shown in multiplex cinemas. Maula Jatt was the movie enjoyed by all the audiences belong to different classes and it was screened in a cinema of Lahore for 10 years. Such was an impact of the movie.

Sarwar Bhatti has announced that he is going to release the trailer for Maula Jatt 3D in few months. The film is currently in the post-production phase and is expected to hit cinema screens at the New Year. I hope the Maula Jatt 3D is as successful as the original movie.

It will be interesting to watch the characters in the movie playing the feud on the grassy lands of Punjab and uttering the gigantic dialogues with high intensity and rest could be imagined till the time Maula Jatt 3D releases.

Indian Pro-Kabbadi League; Sparkling Revival of Kabbadi an example for Pakistan?
Possible Ebola infected family of six will be watched for 21 days
To Top