Believing in making ends meet by honest hard work and halal money is very rare these days. Currently, the world is full of stories which shows how cold-hearted humans have become over time. However, there still are some kind-hearted people who stay true to their conscience and think of others before them and are setting an example for the world to see.

Its a fact that a large number of Pakistanis are currently working in the United Arab Emirates (UAE) and Saudi Arabia to support their families. UAE’s Dubai is majorly known for its ultramodern architecture and desert safaris, in short, its the perfect holiday destination. But a huge portion of Pakistanis working class are currently residing in the city and many families have permanently moved there too.

Recently, a Pakistani man was honored by Dubai’s Road and Transport Authority (RTA) for his honesty. According to sources, Taher Ali Maqbool aged 27, returned a bag of gold worth 2.5 million dirhams which he found in the parking facility located in Dubai’s Al Sabkha area. The bag is said to be weighing 15 kg and as found on the first floor of the parking lot where he works as a cleaner. 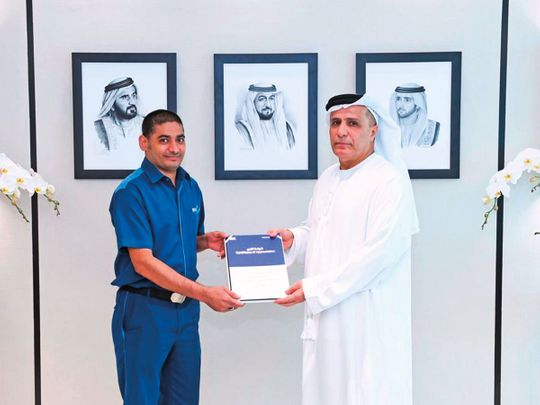 After the bag was found, Maqbool wasn’t sure what was in it and he called the security making them aware of the find. The bag was then opened by the security officials and found a toolbox inside which was having 15kg of gold bars inside. Later, the Director General and Chairman of the Board of Executive Directors of RTA, Mattar Al Tayer honored Maqbool for handing over the bag to the security.

This is the bag full of gold bars! 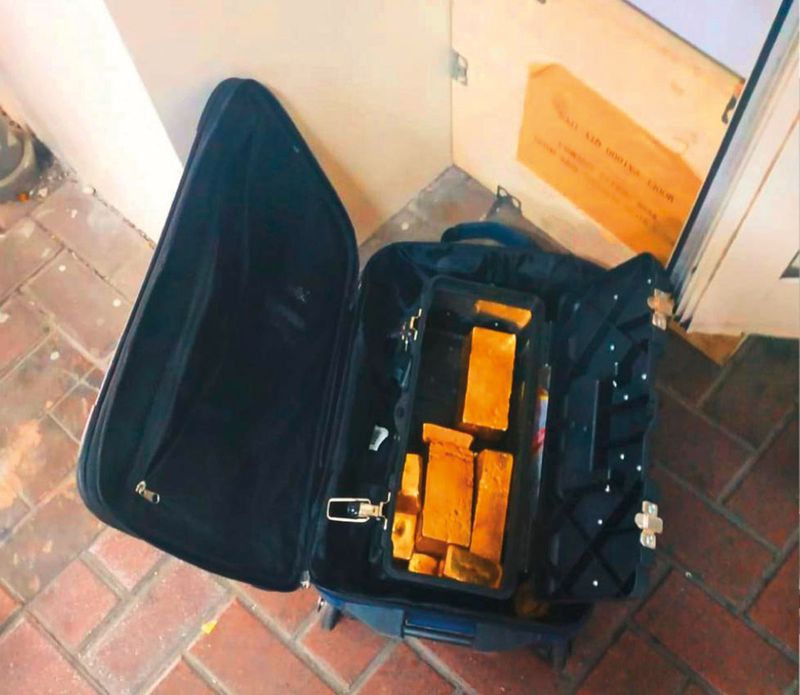 When asked about how he was feeling at the moment, Maqbool said, “I’m very grateful to the RTA for the honor they bestowed on me. I’ve shared the news with my family back home and on Facebook and everyone is congratulating me. My father would say make sure your income is from honest sources and Allah will honor you and give you something better than what you would have earned from dishonest sources. When I told my father what happened, he said I did the right thing and he was so proud of me. It’s such a great feeling.”

“I wasn’t sure at first if it was really gold but I said to myself, ‘leave it, even if it is so much gold, no matter how much it is worth. It is not worth more than one dirham of honest income’. So we called the authorities and later it was confirmed that it was solid gold. What I want to say to people is work hard, work honestly and never take what does not belong to you. Allah will honor you in front of everyone; that is the true reward.“, Maqbool added.

Taher Ali Maqbool belongs to the Chakri Vakilan Village situated in Punjab province of Pakistan. It is nearly 6 miles away from Gujar Khan on the road to Daultala. Maqbool has been working in the parking facility as a cleaner since a month and became a reason of pride for his family and Pakistan as well.

Want to appreciate Maqbool’s honesty? The comments section is just below!

This Guy’s Comparison Of Sexual Violence In Pakistan Vs India Is Eye-Opening!
Teefa In Trouble Girl Maya Ali’s Bollywood Breakthrough Could Have Been With Akshay Kumar
To Top